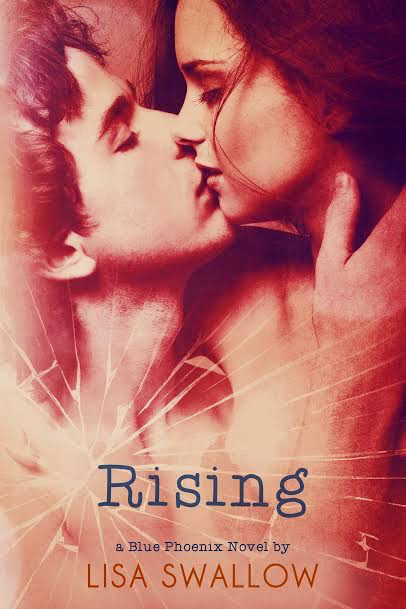 Three attempts at staying clean after rehab and Jem Jones, Blue Phoenix guitarist, is determined this time he’ll succeed. Haunted by his recent past, Jem throws himself into the one addiction he still has left: music. With Blue Phoenix on a break, he looks elsewhere for a place to channel his creativity and discovers up-and-coming band Ruby Riot.

For lead singer, Ruby, breaking into the music scene could break the cycle of abuse that’s controlled her life since she was a child.  Finding release through music, the growing success of the band has set Ruby on the path to regaining her identity and self-esteem.

Ruby Riot brings Jem and Ruby together, but Ruby's tangled personal life pushes her closer to a reluctant Jem. Living and touring together, Jem and Ruby discover they have more in common than their passion for music. Can this understanding break down the carefully constructed barriers they’re trapped behind? Or is loving somebody too big a risk to take?

When Jem’s past slams into his present, he has to face the reality behind what made him the man he is and why he hurts the people he wants to love.

And as Ruby reaches out to help Jem, she discovers trying to fix somebody comes with the risk of getting cut by one of their shattered pieces.
Jem and Ruby’s story is the fourth book in the Blue Phoenix series. It can be read as a standalone but contains minor spoilers for the other books in the series.

This book includes scenes of domestic violence that are not gratuitously graphic, but may be disturbing to sensitive readers. 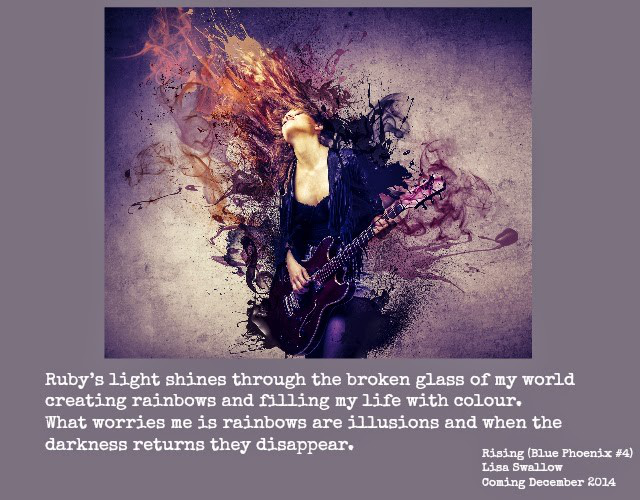 Review by Gia:
Rising is book Four in the Blue Phoenix series.  Rising is Jem's story.   I have read all the previous Blue Phoenix books and couldn't wait for Jem's story.   When I first met Jem's character on Summer Sky, I didn't like him very much.  In Falling Sky, he grew on me and I began to like him.   I liked his character some much that when I got Unplugged to read, I was a little disappointed it's wasn't Jem's story.   I really expected Jem to have a great story to tell his book and I was not disappointed.
Jem's is a little rough then the rest of his band mates.   He has a had a  troubled past and uses alcohol and drugs to numb himself.    He comes off as a typical bad boy rockstar but there is a lot more to Jem.  Ruby is breaking into the music scene.  She's had an abusive relationship and has her own set of issue.   They both have their struggles.   Jem and Ruby's story in so well written that you can't help up root for then to get some happiness.
Rising is worth one clicking.   It won't disappoint you.
5 Amazeballs Stars!!! 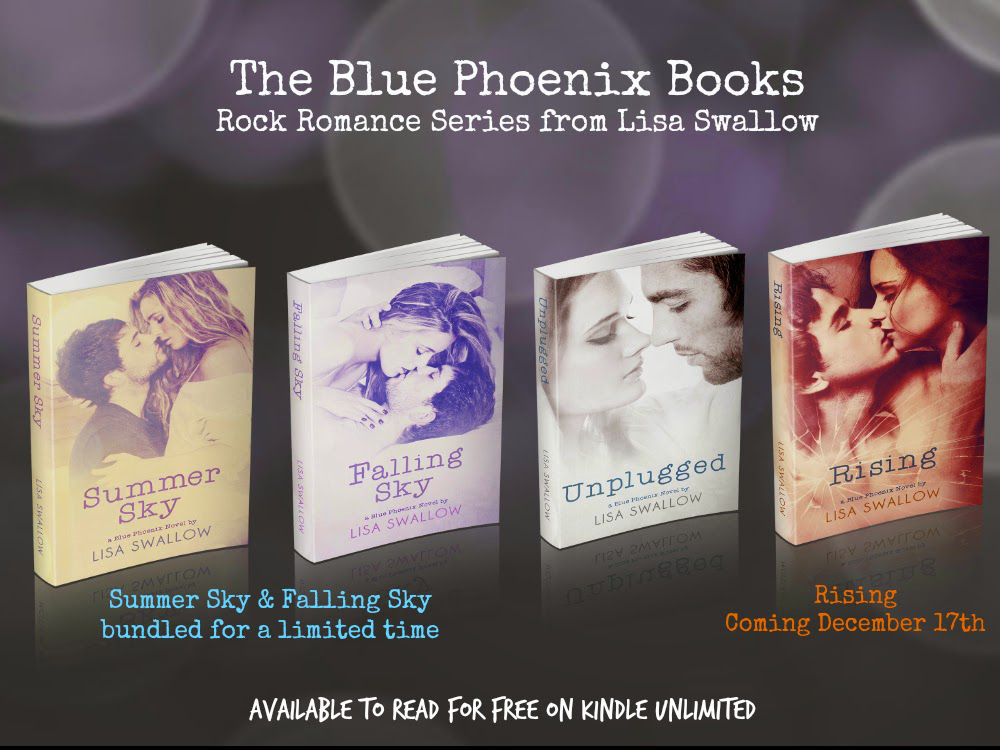 Join the Blue Phoenix Reader’s Group here for first looks at covers, exclusive material and chat about the band!


Lisa is a romance author and writes both paranormal and contemporary, including the bestselling Blue Phoenix series. In between running a business, looking after her family and writing, Lisa sometimes finds spare time to do other things. This often involves swapping her book worlds for gaming worlds. Lisa is originally from the UK but moved to Australia in 2001 and now lives in Perth in Western Australia with her husband, three children and dog.

Head over to FMR Book Studio to enter the giveaway.