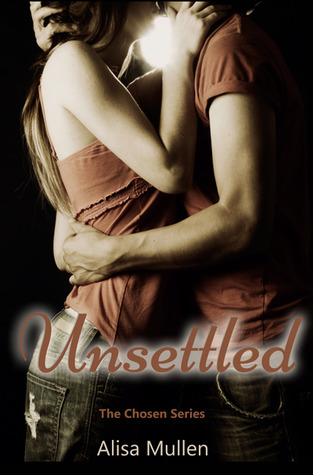 Unsettled
Lizzie O'Malley, a twenty three year old free spirited young woman, is on the run to find her purpose in life. In the summer of 2000, she returns home to Boston, Massachusetts to begin a life that she can be proud of. On her first night out on the town with a friend, tragedy strikes and she finds herself the cause of emotional wreckage. Instead of dealing, she concentrates on the man she met that first night.

Teagan Gallagher, a twenty two year old college student from Ireland, spends the summer of 2000 in Boston, Massachusetts, working towards his degree and partying his way through the city. One night he finds a beautiful American girl that he is desperate to spend the summer with.

Together, Teagan and Lizzie learn the ins and outs of an unconventional relationship. It isn't until their relationship is in so deep that it becomes impossible for one or the other to run away. 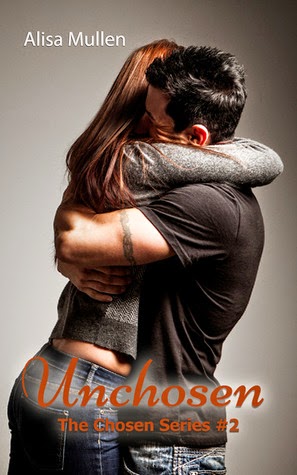 Unchosen
Lizzie O’Malley is back with a purpose in life. Still flighty and unpredictable, she knows that loving and losing Teagan Gallagher has changed her life forever. As she navigates her new life in Boston as a full time working mother, she promises herself she will never fall in love again.

But can she keep that promise after meeting Nick Sawyer, the gorgeous Texan who has fallen for her?

Follow Lizzie to Ireland where she struggles with tragedy and rediscovers herself all over again.

Unrequited
Nick Sawyer, a successful business man, has everything he has ever wanted. Grateful for the new additions to his life, he realizes he has the kind of love that he never knew existed. If it wasn't for Lizzie O'Malley, Nick would still be sucked up in his job during the day and bars at night. Lizzie changed his life just by stepping into it.

Samantha Hughes, a childhood friend of Nick's, is back in Boston following her father's wishes. It is his intention that Sam catches the eye of Nick before he commits himself to Lizzie O'Malley. Their plan rapidly becomes reality, just not the reality Sam was expecting.

Unrequited is a twisted love triangle story that goes awry. Who will be the one that loses it all?

This is the third and final installment of The Chosen Series. This book is told by Nick and Samantha's POV. 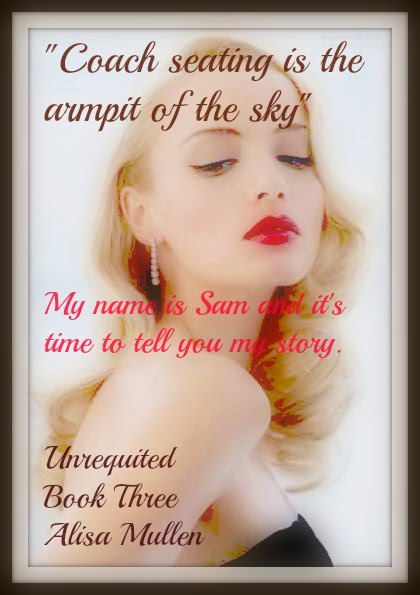 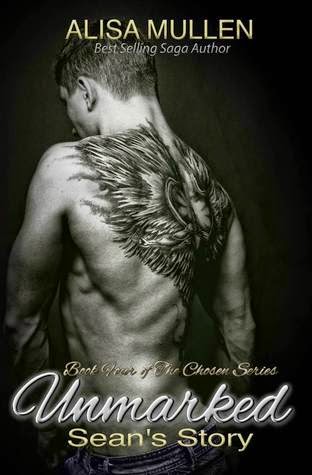 Unmarked
Sean Ford has loved Lizzie O'Malley all of his adult life. Now that he is in his thirties and a successful tattoo artist, he finds himself stuck in life. He should have~ He could have ~ But he didn't. Kicking himself for letting Lizzie slip through his fingers, he has to pretend that life is just peachy. His favorite past time is hiding out in his bedroom.

When Aoife Flanagan arrives in Boston to do an internship with college, she is glad to have escaped the dismal life she has back in Wicklow, Ireland. As a twenty-three year old student and professional, she prefers staying in the corner at parties, hiding from everyone's attention, and sticking to the financial plan that her father outlined for her.

Sean and Aoife may have been brought together by fate but to stay together means more than roses and butterflies. They must fight the world for one another. What separates them is one big ocean and one tiny question.

This is Book 4 in The Chosen Series but it can be read as a STANDALONE since it is Sean's story. For Mature Audiences 17+ only, please. 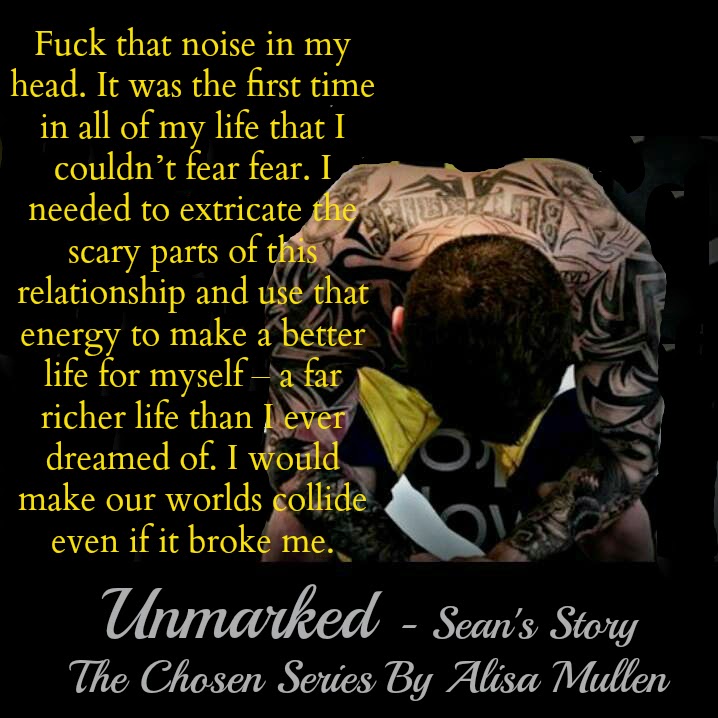 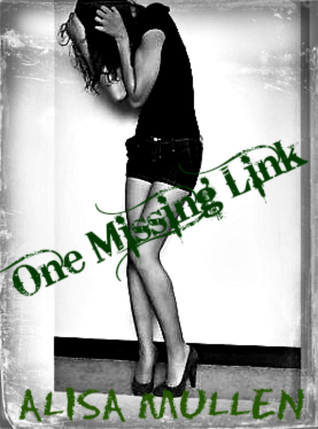 One Missing Link
THIS IS FOR MATURE AUDIENCES ONLY!


Sophia Martin moves to a Cibolo, Texas with her family as her father is a pilot in the Air Force. She is a military brat and used to the life. When she starts Colby HS, there is big news that two girls have gone missing. People are fascinated by how much she looks like them. Sophia meets Damon Oliver, also a senior, who dotes on her until she falls for him. That’s when she becomes part of the search for the missing girls. She is the link to bring them home. Or perhaps the next victim? She hurries to find her future abductor before he finds her. 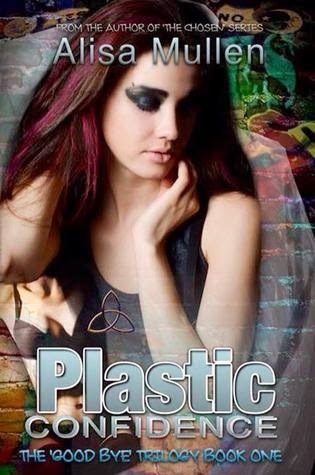 The Good Bye Trilogy
Plastic Confidence -
What happens when the past rears its ugly head and messes with who you thought you were? Will it break down all your walls and set your whole world on fire?

Meet Julia Delaney, a.k.a Jules, the lead singer of Love Sick Ponies, sex superstar, and a heart full of rocks. She loves them and leaves them, a bad girl through and through.

That is until she meets Brennan Curtis, a fan boy, a wannabe friend, and the only one who can possibly tear Jules’ walls down.
When the plastic snaps wide open, Jules finds herself in a vulnerable and awkward situation with Brennan and her band.

Jules’ journey of self-discovery started at a young age and her self- image, which is ingrained in her brain, might just be there for life. Desperate to alter how people view her, she realizes that she might never be able to escape the past.

Follow the past ghosts into the now for the emotional roller coaster ride you all expect from Alisa Mullen. 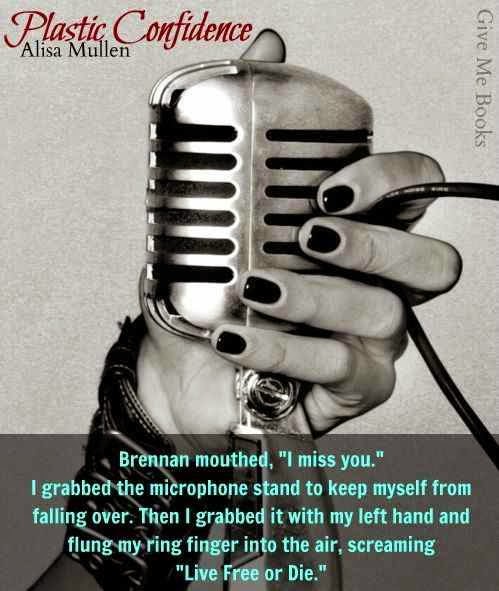 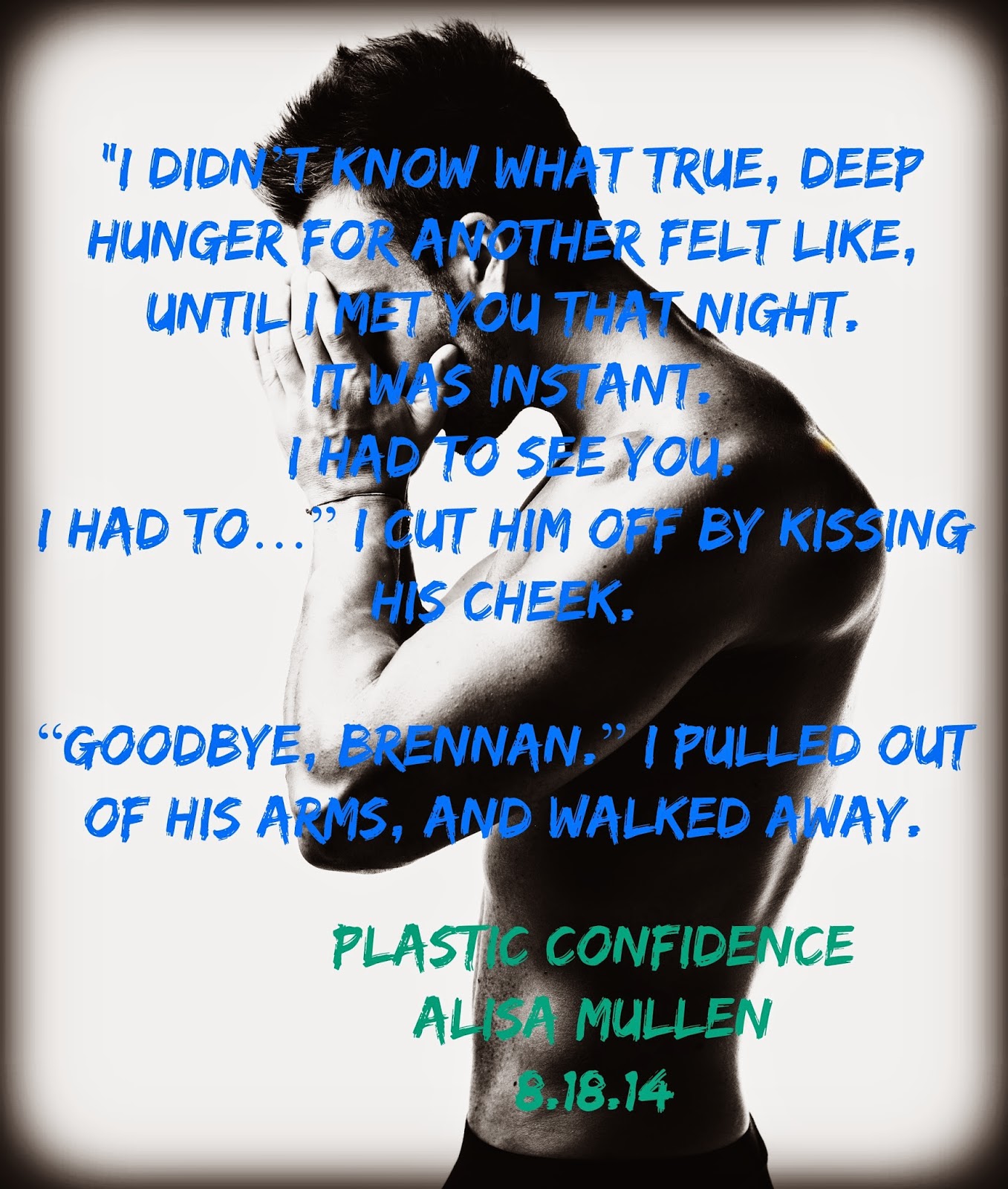 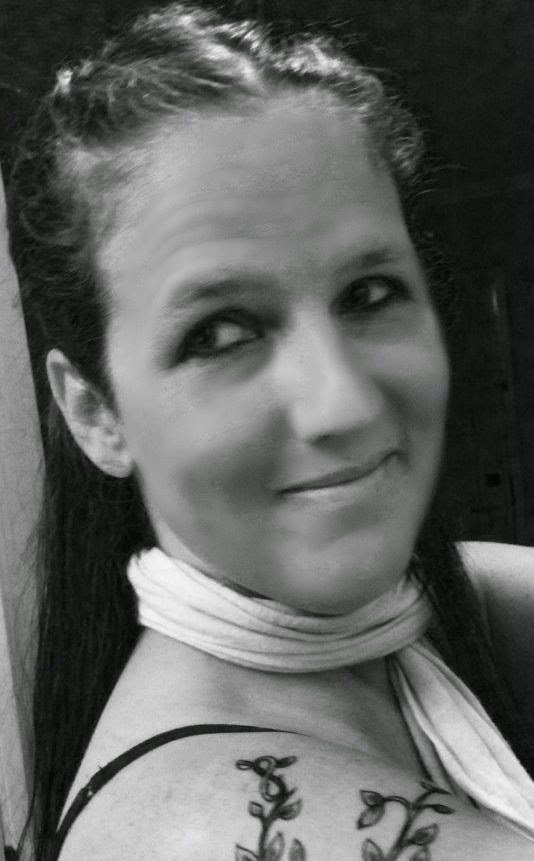 I am originally from Maine, where I grew up on the Atlantic coast. I have lived in Portland, Oregon, Boston, MA and San Antonio, Texas. I have a BA in English from Texas A&M and MS from Our Lady of the Lake in San Antonio, Texas. I love working at Farmer’s Markets and being part of the local artisan scene. I paint, make jewelry, and listen to audio books when I am not writing of course. Most importantly, I have a beautiful family. I love living in warmer climates where I can lounge in my pool and float down the rivers in the area. Although I am no longer right next to the ocean, I make enough trips every year to get my fix.

Interview With Alisa Mullen:
Can you tell us a little about your books?
My books are mostly centered around a strong female that has a coming of age moment sometime in the course of the book.

Which one of your series is your favorite to write?
I have to say The Chosen Series is the only true complete one. Although there are more characters to write, the first three books are the true series. After that, Lizzie O'Malley is only a secondary character. The Good Bye Trilogy is 2/3 written but it doesn't have the personal ties I have to Chosen.

Using one sentence, describe One Missing Link?
A young adult thriller romance that takes a normal, determined high school female and throws her into an ugly web of crime.

Do you have a favorite spot to write?
I write in bed. I have tried EVERYWHERE but if I write in my bed, I feel like I am safe to say everything I want to. It is really odd. I am hoping that I find a very comfortable chair to write in soon. I love checking out thrift stores and furniture shops for that right chair. I have a chronic back problem so I have to be sure that it won't screw me up even  more. Until then, it is against my pillows on my king sized sleigh bed.

When you write do you write the first draft on a computer or paper and pen?
Both. However, if I write in my bible (the composition book I use for each and every book) and then type out the scene later on, it never ends up the same. I don't know if that is good or not but I trust my writing process. I have to.

Do you listen to music while you write?
Yes. I have a playlist for my last two books. I feel like I am not keeping up with contemporary music so I am staying in touch with that. I have a few playlists I can listen to over and over. One is sad, one is angry, one is sex. Those songs help me get into the mood of those respective scenes.

What's one random fact about yourself that you can share?
I am seriously addicted to the game, 2048. I am on 4096 and want to murder my phone every night.

Are you attending any author signing in 2015?
Yes, many. I will be in Austin, Texas in February and May, Vegas in April, and New Orleans in July. Fall is still unsettled because of a few unknowns. My family is looking to move to China for a year or two for my husband's work so I am sort of keeping that time open.

What are writing projects are you currently working on?
I am working on "Following the Sun", a story of a regular guy who owns a bowling alley. He meets a yound woman who is actively trying to get over PTSD. It is somewhat humorous but different. She is an angry bitch and he is kind of a meat head so they clash until he sees something in her that makes him go a little mental as well. The other book I am writing (concurrently) is titled "Both of Her". Luca is a brilliant CEO of a software company in Chicago. Lucia spends her weekends as a high end escort in either Miami or Chicago. She is paid in presents and lavish nights. No one knows that Luca and Lucia are the same person until a client of both of hers only expects business with her and her only. It is smart, totally sexy, and she is amazing. The prequel "One Way Ride" is part of an advent coming out on the 21st. I will make sure it gets posted on all my social media sites.