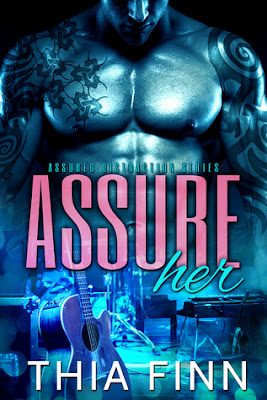 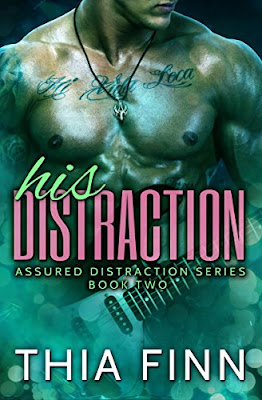 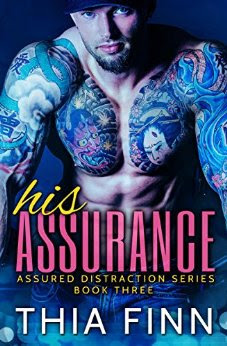 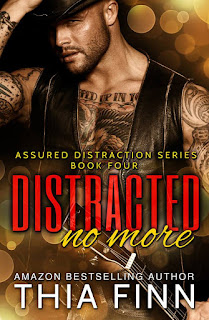 Cover Reveal for A Different Christmas by KM Lowe 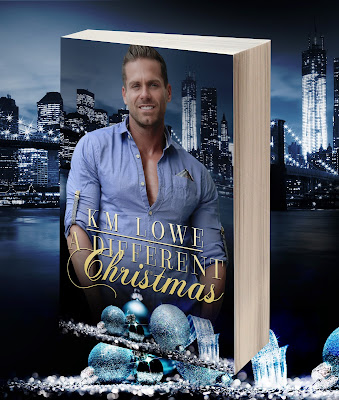 Sam was brought up to her happy family gathering at Christmas. Filled with many traditions that as an adult she thought were normal for everyone.

Getting ready to finish work for the holidays to go home to her family in Scotland, was her idea of fun and relaxation. Well, that was until her boss, Luke, told her he was dragging her to New York for work.
Much to Sam’s irritation, she has to go along and attend New York before flying home on Christmas Eve.

Luke grew up with parents that had a multimillionaire company and wanted for nothing. Apart from a family to celebrate Christmas with.

Luke grew up thinking he had what everyone had at Christmas, until he grew up and realized that Christmas is a family occasion.

Two characters that clash at the slightest thing is a recipe for disaster. Throw Sam and Luke into New York and it is either a make or break for their working relationship.

Would Christmas be different after this year? 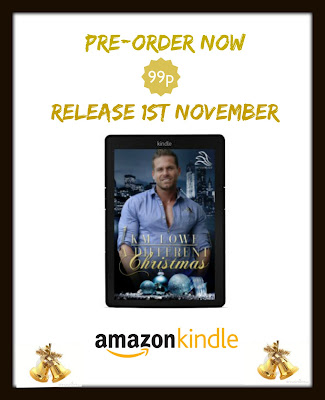 Instagram - https://www.instagram.com/author_k.m_lowe
Posted by Gia Guido at 8:42 AM No comments: 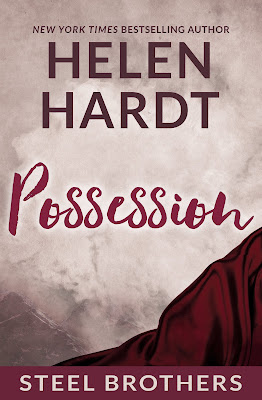 Synopsis
Jade Roberts’s love for Talon Steel is the real deal, and she’s more determined than ever to help him come to grips with whatever is haunting him. To that end, she continues her investigation of the Steels…and unknowingly attracts some dangerous foes from their shrouded history.
Talon loves Jade deeply and longs to possess her forever, so he faces his worst fears and exposes his rawest wounds in an attempt to heal. The road is icy and treacherous, but if he perseveres and comes out whole on the other side, he’ll finally be worthy of Jade’s love.
The untamed passion between the two still blazes, but as the horrors of Talon’s past resurface, Jade and Talon aren’t safe…
Buy the Book

Amazon: http://amzn.to/20XZW24
Kindle: http://amzn.to/20XZW24
Amazon UK: http://amzn.to/1VFoe0O
Kindle UK: http://amzn.to/1STWY8y
Nook: http://bit.ly/23I74zc
B&N: http://bit.ly/1RnUgvt
iBooks: http://apple.co/23H4Pl9
Kobo: http://bit.ly/1SO5Axr
Google Play: http://bit.ly/1OCoXO
Review by Gia:
Possession is book three in the Steel Brothers Saga.  It can not be read as a standalone, you must read the first two before reading this one.   It picks up where Obsession left off.  I love Talon.  He's a tortured soul and I was so hoping that he could work things out and have a happy ever after.  Talon has been keeping secrets of what happened to him when he was younger.  In this one he comes clean and tell his brothers and sister what happened to him.  I loved the growth in Jade and Talon's relationship.    Some odd things are happening in town and  Jade keeps stumbling on things but we still don't have all the answers.  I was kind of hoping that we would get all the answers but there are still many things that are still a mystery.  I can't wait to read more.
4 Amazeballs Stars!!

BUY LINKS FOR ALL HELEN'S BOOKS CAN BE FOUND HERE:
http://www.helenhardt.com/book/

New York Times and USA Today Bestselling author Helen Hardt’s passion for the written word began with the books her mother read to her at bedtime. She wrote her first story at age six and hasn’t stopped since. In addition to being an award winning author of contemporary and historical romance and erotica, she’s a mother, a black belt in Taekwondo, a grammar geek, an appreciator of fine red wine, and a lover of Ben and Jerry’s ice cream. She writes from her home in Colorado, where she lives with her family. Helen loves to hear from readers.
Visit her here: https://www.facebook.com/HelenHardt
Giveaway
a Rafflecopter giveaway 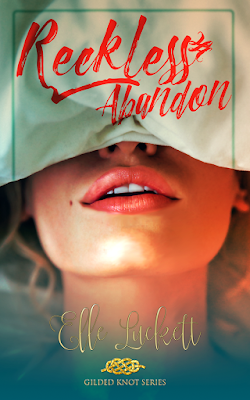 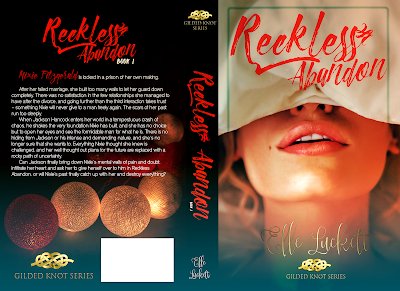 Synopsis
Nixie Fitzgerald is locked in a prison of her own making.
After her failed marriage, she built too many walls to let her guard down completely. There was no satisfaction in the few relationships she managed to have after the divorce, and going further than the third interaction takes trust – something Nixie will never give to a man freely again. The scars of her past run too deeply.
When Jackson Hancock enters her world in a tempestuous crash of chaos, he shakes the very foundation Nixie has built, and she has no choice but to open her eyes and see the formidable man for what he is. There is no hiding from Jackson or his intense and demanding nature, and she's no longer sure that she wants to. Everything Nixie thought she knew is challenged, and her well thought out plans for the future are replaced with a rocky path of uncertainty.
Can Jackson finally bring down Nixie's mental walls of pain and doubt, infiltrate her heart and ask her to give herself over to him in Reckless Abandon, or will Nixie’s past finally catch up with her and destroy everything? 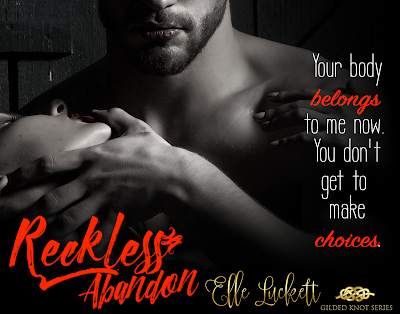 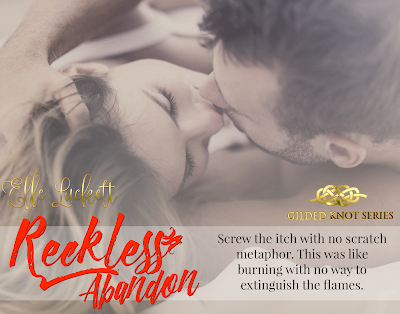 Meet The Author
Elle Luckett was born in Houston, mainly in the mind of L.J. Stock. As the darker side of a generally light personality, she became the voice that would tell lustful stories, something born from a very vivid imagination and an amass of characters with some interesting habits and tastes. 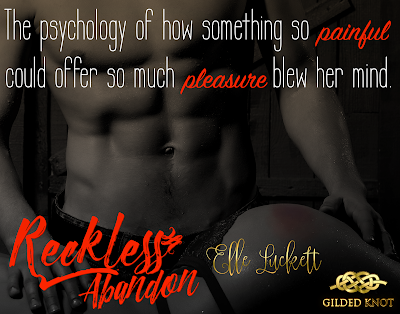 Cover Reveal for When the Storm Breaks by Avery Hart 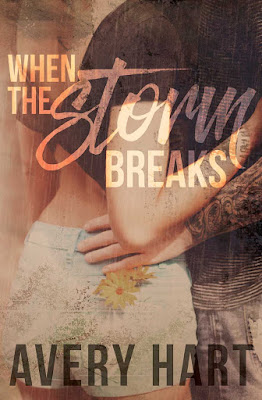 Blurb
Claire Scott is at an all-time high in her life. After landing her dream job and marrying her best friend, James, she knows that life can’t get much better. Unfortunately, what should be the happiest time of her life suddenly changes when a traumatic event tears her world apart.

Mason Brady never planned to be a part of Claire’s life. In fact, he avoided her as much as possible, but fate works in the most mysterious ways. When he finds her broken and scared, he knows that he needs to do whatever he can to help her heal.

As her world continues to crumble around her, no one in Claire’s life is safe. With someone on a mission to hurt her, Claire knows that her only option is to run. However, there is a problem. How can you run when you don’t know who it is you’re running from?

One wrong move may cost Claire the lives of those she loves most, but, when the storm breaks, who will be left to pick up the pieces? 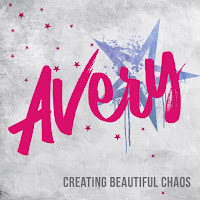