Promo Tour for COWBOYS AND CALICO

Genre: Sweet Western Romance
Five bestselling Western romance authors come together to bring you one collection of all-new stories that will sweep you off your feet! 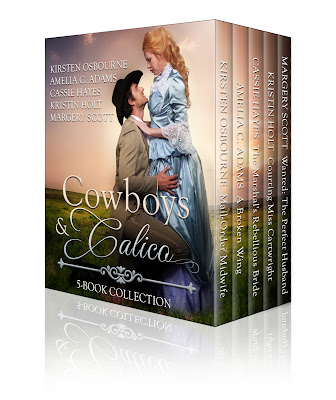 Widowed midwife Patsy Lawrence spent too much time working and not enough with her young daughter. She knew Emily's childhood would be over before she realized it, so she responded to an ad for a mail-order bride, hoping for a better future for them both.

Dr. Wesley Hardy needed a wife to complete him, so he sent a letter to a mail-order bride agency back East. When he received a letter from a widow with a young daughter, he was thrilled with everything but her profession. Could he live with the fact that his new bride was a midwife? Or would they be destined to live without love for the rest of their days?

Bored beyond all reason while riding a train from Missouri to Colorado, Trinity Scott amuses herself by imagining things about the passengers around her, including the handsome man sitting across the aisle. With his dark curly hair and warm brown eyes, he’s certainly intriguing, and the fact that his arm is in a sling makes him all the more a curiosity.

But when three dangerous men board the train, her desire for adventure and excitement takes a sinister turn, and she must call on her inner strength to do what’s needed to survive.

U.S. Marshal Curtis ‘Griff’ Griffith is on the trail of a wanted man. The last thing he needs is to be distracted by the newest resident of the Dalton Brothers Ranch. So why does he keep returning? It’s certainly not to see the beautiful-but-bullheaded Catherine James.

Catherine has no interest in men or marriage, but there aren’t many choices for single ladies to earn a living on a remote Texas ranch. When she discovers that she holds the key to capturing the outlaw — and collecting some of the reward — she doesn’t hesitate to force Griff’s hand.

Will they kill each other before they find the murderer, or will they risk their damaged hearts for a shot at a new life?

Courtship, by the book, is supposed to be easy…

As the daughter of an unwed mother, Felicity Percival is accustomed to rejection. Her mother was her only family ... until she is summoned to the reading of her father's will. To learn he was a married preacher with a second daughter horrifies her. The stipulations attached to her inheritance infuriate her. The last thing she expects is the emergence of truths that destroy her life-long beliefs. The last thing she wants is to feel the blush of first love for a man she can't have.

The road to Happily Ever After should not be rocky, especially for level-headed, rule-following Rocky Gideon. His courtship of the minister’s daughter is successful and on track, surviving everything life throws at them … except the appearance of the preacher’s other daughter. Felicity asks too many questions, forces him to evaluate his carefully constructed plan, and somehow steals his heart.

Rocky desperately needs a solid marriage that will go the distance … so why does he yearn for the wrong sister?

Sybil Franklin needs a husband—fast! In order to keep her ranch, she must be married within thirteen days. Devin McGregor meets all her requirements and comes highly recommended, but he has no interest in marriage.

Devin McGregor had a ranch once, a fiancée, a future. He made a mistake, and it cost him everything. Now, even though he’d love to own his own land again, he’s afraid to risk failure.
Sybil decides to post an advertisement for the perfect husband. As Devin tries to protect her from being taken advantage of, his feelings for her grow, but his fear of failing her won’t let him accept her proposal.

Both Sybil and Devin have choices, but making the right choice means they could both lose everything. 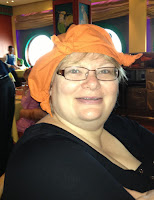 USA Today bestselling author Kirsten Osbourne knows how to write romance. Each book is an experience that transplants the reader, indulging them in decadence, intense emotion and sweeping love.

Hailing from the state of Wisconsin, she has lived in Texas for over thirty years as a mother, writer, and wife. Married to the love of her life for more than fifteen years, she knows that true love exists and shares that vision with the world.

She writes contemporary and historical romance as well and also ventures into the realm of paranormal romance. She invites you to join her in her world of fantasy, love, and make believe, no matter the location, where there is always a happily ever after at the end. 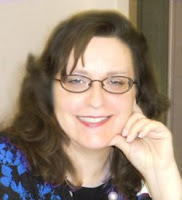 Amelia C. Adams is a wife, a mother, and a novelist. She spends her days dreaming up stories and her nights writing them down. Her biggest hero is her husband, and you might just see bits and pieces of him as you read her novels.

She loves all things historical and enjoys learning about days gone by, but she's glad she was born more recently (she won't say how recently or not recently) because the Internet is awesome, and she's glad she doesn't have to wash her clothes by hand in a galvanized tub. She has hit Amazon bestseller status twice, once for A Clean Slate and once for A Clear Hope, and currently has eighteen books available. 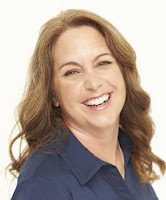 Bestselling author Cassie Hayes grew up pretending she was Laura Ingalls (before that pesky Almanzo arrived on the scene) in the middle of Oregon farm country. She writes sweet stories about love and adventure in the Old West and lives with her husband and cat on the Pacific Ocean.

Margery Scott is the author of more than twenty romance novels, novellas and short stories. She lives on a lake in Canada with her husband, and spends as much time as possible travelling in search of the perfect setting for her next book. When she’s not writing, you can usually find her wielding a pair of knitting needles or a pool cue. She loves to hear from readers.

Amazon US ✯ Amazon Int'l ✯ Goodreads
Posted by Gia Guido at 8:41 AM