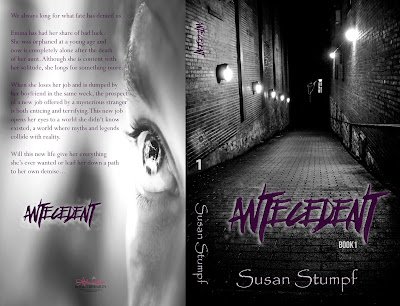 We always long for what fate has denied us.

Emina has had her share of bad luck. She was orphaned at a young age and now is completely alone after the death of her aunt. Although she is content with her solitude, she longs for something more. When she loses her job and is dumped by her boyfriend in the same week, the prospect of a new job offered by a mysterious stranger is both enticing and terrifying. This new job opens her eyes to a world she didn’t know existed, a world where myths and legends collide with reality. Will this new life give her everything she’s ever wanted or lead her down a path to her own demise… 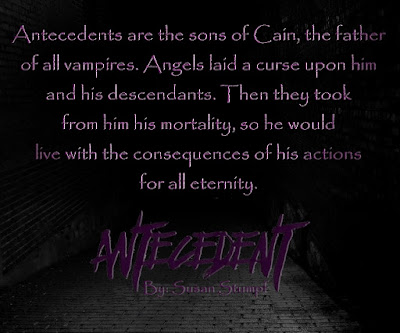 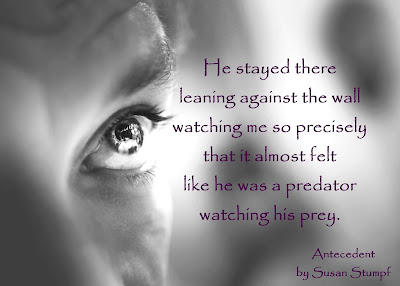 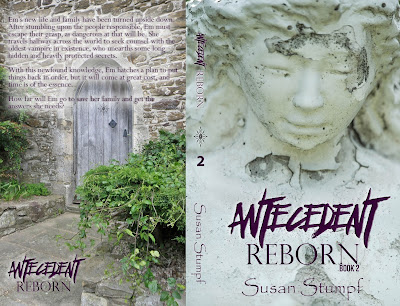 Antecedent: Reborn
Release date Oct 25 2016
Em’s new life and new family have been turned upside down. After stumbling upon the people responsible, Em must escape their grasp, as dangerous at that will be. She needs to travel halfway across the world to seek counsel with the oldest vampire in existence, who unearths some long hidden and heavily protected secrets. With this new found knowledge, Em hatches a plan to put things back in order, but it will come at great cost, and she doesn’t know if she can do it in time. How far will Em go to save her family and get the answers she needs…
The thrilling sequel to Antecedent…Antecedent: Reborn. 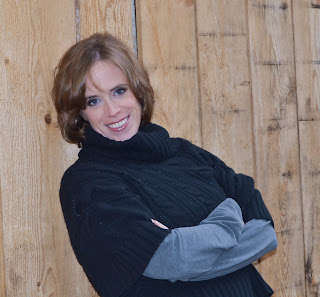 Susan Stumpf is multi-genre, independent author who brings a realistic gravity to her stories. Her characters are relatable and wonderfully flawed, like herself. She is an Air Force veteran and West Virginia native. Her writing is fueled by copious amounts of coffee and an over active imagination that has prevented her from ever watching scary movies alone. In between novels, you'll find her working with her husband and two children on their farm in southern West Virginia. When she's not chasing kids or shoveling manure, she enjoys movies, reading, hiking, camping, and kayaking. Find her author page on Facebook:
https://www.facebook.com/Susan-Stumpf-1689199137993650
Interview With Susan Stumpf:
1. Can you tell us a little about your books?
The series is about a girl who is offered a job by a vampire but finds that vampires aren't quite what they are made out to be in books and movies. She gets pulled deeper into this world and struggles with not only her feelings but also the realization that certain members of her new family are in danger. She has to go to great lengths and makes some sacrifices to save them.
This series is a lovely mix of action, comedy, drama, and romance. I’d also like to point out that it has received nothing but 5 star reviews on Amazon since its release. Book 2 of the series is set to release this October, book 3 will be released spring of 2017.
2. When did you know you wanted to write a book?
I've always written stories my whole life, even as child. I always had an active imagination and constantly made up stories and imaginary friends in my mind.
3. Do you work with an outline, or just write?
I use an outline for the main events of the book but just write to fill it all in.
4. Do you have a favorite food or drink you must have nearby when writing?
Coffee. Caffeine defiantly fuels my writing.
5. Do you have a favorite character to write about?
Although Em (the main character in my series) has a special place in my heart. Angelus is my favorite character. He's introduced in book 2 of the series.
6. What was the last book you read?
I've been reading a lot of Gena Showalter lately.
7. What are writing projects are you currently working on?
I'm currently working on book 4 of the Antecedent series. I'm also throwing around ideas of a prequel to this series also.
Posted by Gia Guido at 9:00 AM