Cover Reveal for Crazy for the Boss by Ashlee Mallory 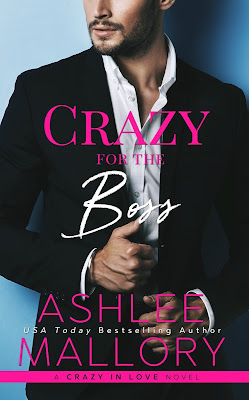 For most of his life, James Thornhill accepted that his family would never see him as anything but a failure. But as the new CEO of Thornhill Management, he’s been given another chance to set things right. First order of business? Settling a nuisance lawsuit and bringing the pesky but dedicated employment attorney on board as part of his team. Second order of business? Resisting the prim but fiery new employee who has somehow become utterly indispensable in his life.

Quinn Taylor has grown up always doing what was right and, since graduating from law school, likens herself to a modern-day David taking on the Goliaths of the world. Goliaths such as the CEO of Thornhill Management. Playing babysitter and muse to the overindulged CEO was not what she had in mind, but with mounting debt making even a cup of coffee a luxury, Quinn’s ready to swallow her pride and get in bed with the devil. Something that, the more time she spends with the man, becomes increasingly enticing.

But the stakes are too high for either of them to risk an inner-office fling…until an unexpected trip to Quinn’s hometown brings a long-denied simmering attraction to a boil. They’ll have to decide what they’re willing to risk and how far they’re willing to fall if love doesn’t conquer all. 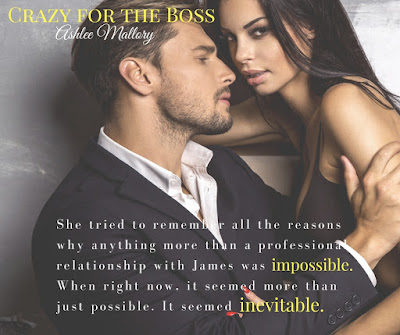 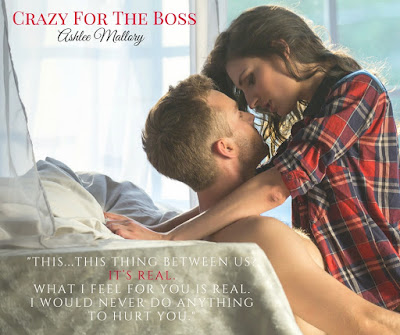 “Okay, you really want to discuss this now? What happened today was a big mistake. As in, it shouldn’t have happened and it can never happen again.”

“Why? Are you seriously asking me that? Because—” She stopped, and it was hard to miss the way she was staring at his lips before she realized what she was doing and turned quickly away. He had to work not to laugh.

She tried again, “Because I work for you. You’re my boss. Anything beyond that would be highly inappropriate. You do not date your boss.”

“Ordinarily, I might agree with you. As a blanket statement, that’s a practical and reasonable business policy. But we’re different. This thing between us…it’s different.”

She snorted. “As everyone who dates their boss and lives to regret it undoubtedly says. James, we’re not different. I know you, how you operate. Dating—a lot of dating of a lot of different women—is your M.O. A three-day weekend in Napa is your idea of long-term commitment. Look, I can see how maybe the whole forbidden office romance thing has maybe made this seem more scintillating to you, but I’m not about to risk my job and my reputation for a flash-in-the-pan affair that, when you’ve moved on, will make me the office joke.”

“You could never be a joke,” he said, all humor lost, and he leaned forward so she could see the intensity in his eyes. “Quinn, I don’t blame you for being doubtful of my intentions. I don’t have the best track record where dating and women are concerned. But that’s only because none of those women were you.”

She rolled her eyes. “Do you use that line often?”

He didn’t flinch, just continued to meet her eyes. “Never. I’m always honest with the women I date, just as I’ve always been honest with you. The truth is, even before this weekend, I’ve been fighting this growing…need for you. Wanting to see you every day, to hear your voice, even when you’re angry with me—”

“You have to stop talking like this, James. It’s—it’s just not going to happen.”

“Because I’m your boss.”

“Yes, because you’re my boss. And have you thought for one second about the possibility that I just don’t feel the same way about you?”

Now he did laugh, a warm chuckle. 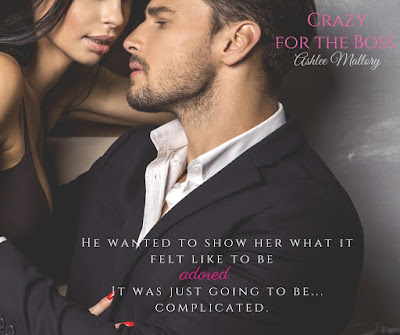 Ashlee Mallory is a USA Today Bestselling author of Contemporary Romance, Romantic Suspense, and Thrillers. A recovering attorney, she currently resides in Utah with her husband and two kids. She aspires to one day include running, hiking and traveling to exotic destinations in her list of things she enjoys, but currently settles for enjoying a good book and a glass of wine from the comfort of her couch.

Ashlee loves to hear from readers. You can find her at any of the following links, so please feel free to drop her a line, or you can subscribe to her email list and keep updated with any news of upcoming releases, sales, and giveaways by clicking here: http://bit.ly/1lPwwE3 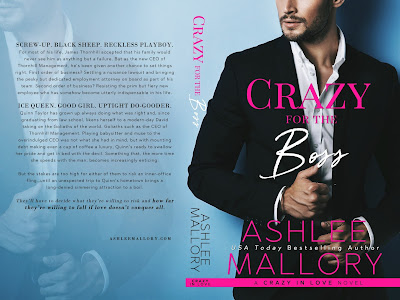