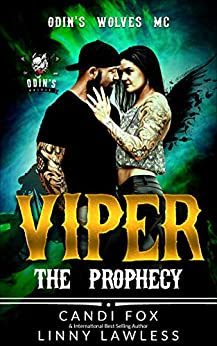 By Candi Fox and Linny Lawless

Gaia. the mother of all created a werewolf shifter class to serve as guardians. To avoid war, Gaia gifted those that answered the call to Odin, who infused the warriors with immortality creating a class of demigods who fight for justice.

20 years ago, the world found out that humans were not the only Earth dwellers. Now Dark Fae and Shifters live in the light.

Logan Haagan: Viper, Viking demigod and retired Dallas police officer will join his brothers in White Horse, OK as part of the OWMC who will work to exact justice when the law can’t. Before leaving Dallas, Viper sees Lady Death fight in an underground ring. The fight has mafia ties and ruthlessly pits all manner of dark fae creatures often encouraging the death of the loser.

Billie, Lady Death has been fighting for the Tromlui capo, Cayum since she was a teenager. She becomes a champion of the ring and wants nothing more than to win her contract back and help her friend who is being threatened. Viper and Synne, a dark fae, work to get her released, but Cayum is not easily discouraged and will stop at nothing to keep Billie right where he wants her.

Viper and Billie are sent to New Orleans and uncover a curse and age-old prophecy that will change everything...

Don’t miss this epic tale of myths, justice, and prophecy 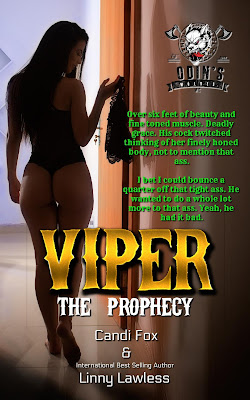 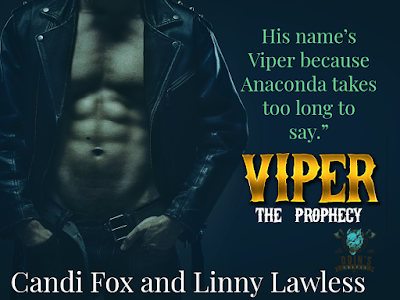 From the Award-Winning Pendale High series, comes another from the hella bodacious Candi Fox. Let her take you back to 1985 before cellphones and other smart devices were around to capture every second of our lives, no cap.

Think of all the things you COULD HAVE gotten away with, minus a digital thumbprint.

The latest book in the award-winning Pendale High Series. Travel back in time to 1985 before cell phones and cameras were everywhere. When seventeen-year-old Hollywood Starlet Lennon Cooper attends a rock concert for her favorite band on the eve of her eighteenth birthday her life changes forever. Her whole life she wanted to be a normal girl, between her exotic looks and toxic mother she never had a chance. Second to the last concert after five solid years of touring Kade Dupree, world-renown rockstar looked forward to taking some time away from the road and focusing on life. The rock and roll bad boy never dreamed he’d run into the woman of his dreams. First Lennon is attacked. She immediately suspects Elise, the woman who birthed her. A jealous vain woman that wants to control her life, and more importantly her money. Can the couple survive all the dirty tricks or will it drive them apart?

Her lover lies in a magickally induced coma after being brutally attacked by an unknown creature. Emma convinced the only way to save him is to somehow travel back in time to 1875 to prevent the creation of the creature, places her trust in a woman who turns out to be an enemy in more ways than one. Nora has ulterior motives when she offers to help. She wants Cord for her own purposes. Both women want the same man. One will save him; one will doom us all. Which will he choose? Are Cord and Emma doomed before they start? Can they stop hell from being unleashed upon the world?

I could go on for hours about anyone, but me. True fact. :) I'm a  glamazon author with multi-hued hair and a heart bigger than Texas with a deep love of animals and the supernatural. I find inspiration everywhere. I collided with the supernatural world at the age of 2. My first specter. An abandoned bridge becomes the home of a troll, or maybe a gateway to some faraway world. Turtles in a pond spawn an entire YA series. I live in the SouthWest/ish :) with my husband, 3 rabbits, 3 dogs, 2 cats, and 2 horses.

I write because the stories stalk me until I put them on paper. I once had a werewolf tell me, “I not a fucking vampire.” Meaning he didn’t care to talk on a personal level. Sex is the exception of that one. I write PNR, PNR Mystery & Thriller, HEA, 80’s, Old West with a TWIST. Historical Old West Collides with Magic, Madness, and a touch of Steam Punk. Oh, and did I mention it’s mostly going to be Reverse Harem. I’ll let you guess my inspiration for that genre. *wink*

I hope you invite me in and let me transport you away.

1. Can you tell us a little about your books?
The majority of my books contain some type of paranormal element, with the exception of my '80s books which are HEA
2. What inspires you to write?
Everything. If have an app on my phone, which has dozens of notes. An old bridge becomes a portal to another world. The college girl two tables over inspired a character in my first book.
3. Do you have a special time to write or how is your day structured?
I try and write on and off all day in between doing social media, normal house stuff/errands. I start at about eight and often end at nine.
4. How do you come up with your characters' names?
It depends. Sometimes the idea comes to me character name and all. If I need one I'll sure through name databases until I find one that clicks.
5. If you could be friends with one of your characters, which one would you chose?
Oh, that's tough. It would either be Harley or SJ. Harley my dynamic take no prisoners witch who lives life to the fullest and SJ a rockstar from the '80s series who went through hell as a child.
6. Do you have a release day tradition?
Celebrating with friends and fans.
7. If you had a superpower, what would it be?
Healing. I've lost too many loved ones to cancer and other diseases.
8. What writing projects are you currently working on?
Viper which is coming out mid-October. The second book in my Odin's Wolf MC series. I have three anthologies that I'm working on as well. One is a charity anthology it involves a former marine and the animals that help her heal. I have two dark fairy tails one YA and one Adult. The YA will be Snow White from the Queen's point of view. The other is a twist on Goldilocks.
Posted by Gia Guido at 9:00 AM No comments:

Release Blitz for A Taste of Love by Kyle Shoop

Dashing. Funny. Confident. Empathetic.
Two different men share these traits. Which one will Nikki pick?
Nikki had two goals in life: to become a famous wedding chef and to find love. She always felt that only one of these goals was realistic, while the other seemed like a dream influenced by her years of being a server at other people’s weddings in downtown New York City. But which goal would it be? Would it ever be her turn to wear the wedding dress?
Nikki wasn’t just trying to find a husband, she was looking for love. Or, rather, she was interviewing to find it – on first dates, twice a week. At the same restaurant. At the same table. With the same rehearsed lines and questions. But with different men. After a year, she was a pro at first dates and judging which men were right for her: none.
But then it happened. Nikki actually asked a guy out on a second date. Was she finally on the path to love? He was, after all, dashing, funny, confident, and empathetic – easily checking all of her boxes.
But then it happened … again. This time by happenstance. A second date with a different guy. He, too, was dashing, funny, confident, and empathetic – but in a different way. Nikki was in trouble. That lofty goal of finding love had backfired. Now, she was in love with two different men.
Love is the sweetest adventure. One with more ingredients than just check-boxes. But when faced with two different recipes for love, which one will Nikki choose?
Experience the new book in the compelling “Senses of Love” romance anthology series. The books in the series may be read in any order.
ADD TO GOODREADS

Kyle Shoop is a multi-genre author of compelling stories. His new "Senses of Love" series is a romance series that provides rewarding and inspirational stories.
Kyle is also the author of the Acea Bishop Trilogy, which is an action-packed fantasy series. All books in that series are now available, with Acea and the Animal Kingdom being the first book.
At a young age, Kyle was recognized for his storytelling by being awarded the first-place Gold Key award for fiction writing in Washington State. After spending several years volunteering in his wife's elementary classrooms, he was inspired to write the Acea Bishop Trilogy. He is now motivated to finish the new romance series. In addition to writing novels, Kyle is also an attorney.
AUTHOR LINKS
WEBSITE
NEWSLETTER
AMAZON
BOOKBUB
INSTAGRAM
TWITTER
FACEBOOK