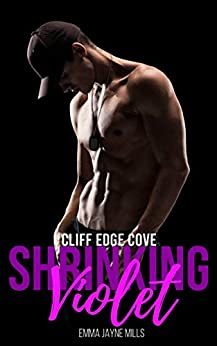 Lucie May Flowers is a wallflower! ⁣
When the only man she ever wanted joined the army, she watched him leave without a word. Now, he's back and she has a decision to make. End her silence and help them both find peace or fade into the background and let him go again. ⁣⁣
⁣⁣
Joss Wade is a broken man!⁣
Wounded while serving his country, he now finds himself fighting a war he didn't sign up for, against an enemy he never saw coming. Lucie is the only light in his darkened existence, but until he battles his demons, he can't be the man she needs. ⁣⁣
⁣⁣
The changing tides of emotion threaten to drown their love before it can begin as they tackle the obstacles that block their path to each other. Can Joss convince Lucie to take a chance on the boy she's been afraid to love since she was fifteen?⁣⁣
⁣⁣
*Shrinking Violet is a military romance set in a small British seaside town. Joss and Lucie's story addresses some of the issues faced by injured veterans and their loved ones during the transition from military to civilian life. There are references to flashbacks and PTSD.⁣⁣
⁣⁣
*All profits made during the first year of sales will be donated to Combat Stress UK. 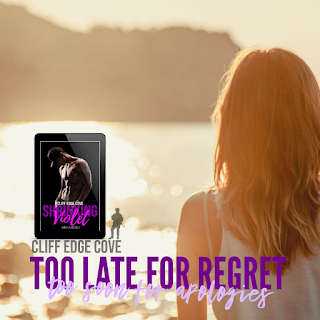 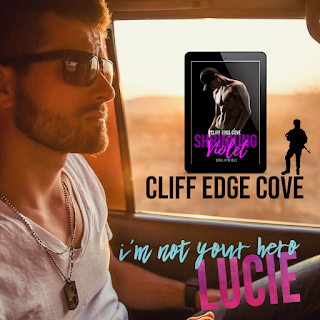 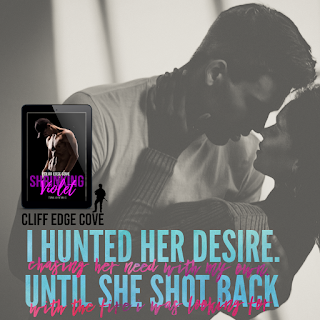 Emma had a dream.

It took a long time to realise that dream.

When it finally happened, it came via a career as a pre-school teacher, becoming a Mum of three, and 15 years as an army wife, following her husband from posting to posting across the UK and Europe as he served his country. She and her family have now left the army bubble and settled in their forever home of Spain.

In between masquerading as a domestic goddess and drinking gallons of sangria in the name of staying cool she has, at last, sat down and listened to the voices in her head.

Emma likes her beer cold, her feet bare and her words uncensored.

*All social media links can be found here - https://linktr.ee/emmajaynemillsauthor
Interview With Emma:
1. Can you tell us a little about your books?
I write contemporary and paranormal romance. My characters lead the way when I write, so there are often twists I wasn't even expecting. While I write romance, my words aren't sweet. Be prepared for pain, angst, and often bloodshed before the happily ever after.
2. How many books have you written? Which is your favorite?
To date, I've released four full-length novels, one novella, and one short story. My favourite is always the one I'm working on at the time, so it's my current work in progress, The Spellbound Queen. It's the second book in my paranormal romance series, The Morrigan Prophecies, and is full of shifters, vampires, and magic. I love getting caught up in fantasy worlds as both a writer and a reader.
3. If you could be friends with one of your characters, which one would you chose?
I already feel as though I am friends with them all. Is that weird? These characters live inside my head, we know each other inside out. Yeah, that's weird!
Callie is probably my gut answer though. She was my first book, so I feel connected to her in a different way to the others. She's strong, despite going through hell, and has a wicked sense of humour. Callie is a lot of fun.
4. Do you have a special time to write or how is your day structured?
I generally write during the day while my minions are at school. I spend the evenings with my family and they always come first, so I do have a cut off point for writing each day. The only exception is when hubs is away or I'm getting towards the end of a book. That's when I tend to disappear into my little world and forget real life exists.
5. Do you have a release day tradition?
Yes! I always open a bottle of wine and save the cork. I write the book title and date on the corks and keep them in a huge gin glass that my mother in law bought me.
6. For someone who hasn't read any of your books yet, which one would you suggest they read first?
With three very different series in progress, I like to think I cater to most tastes. If you like contemporary with a dark twist, start with Educating Callie. If men in uniform are your thing, begin with Wildflower and if paranormal romance is your genre, pick up The Raven Queen.
7. If you had a superpower, what would it be?
I've always thought the power to control the elements would be fun. Aurora, the main character in The Raven Queen, has that ability. She can't control it yet, but when she figures it out, I have no doubt she'll have a blast with it.
8. What writing projects are you currently working on?
Lots! I lost a lot of time when 2020 went to ruin, as did a lot of us, so there's a backlog.
As I mentioned, the second in my paranormal series is in progress and will be released in December. I'm also working on the third book in my Secrets of Frost Ford series- contemporary romance with dark twists, set in a creepy little English town in the middle of nowhere. And next year, I'm contributing to K. Bromberg's Everyday Heroes World with Shadow, an enemies to lovers contemporary romance with a link to her book, Cuffed.
Posted by Gia Guido at 9:02 AM