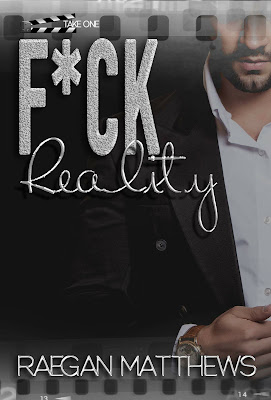 
Brock LaDuece is a millionaire, but in name only.

When his father disperses an ultimatum clearly stating he must marry, if only to secure the future of his family’s Fortune 500 company, Brock reluctantly agrees he has but one choice…

To find a woman his parents will love, even if he doesn’t.

Brooke Malloy is over the childish clichés born from romance of any kind. Studiously overseeing the day-in and day-out operations of her parents’ family-owned bed and breakfast has become her life’s routine.

By mere chance, or her best friend’s unwavering determination, Brooke finds herself front and center in the world of reality television.

When Brock and Brooke are thrown together after a heated one-night stand, only to come face to face the next day as opposing contestants on a failing reality television show, sparks fly. But not in a way either of them expected.

Facing each other again is tough enough, but doing so in front of hundreds of thousands of viewers who thrive on critiquing their every move, proves not only difficult, but their own hellish version of reality is in the spotlight. 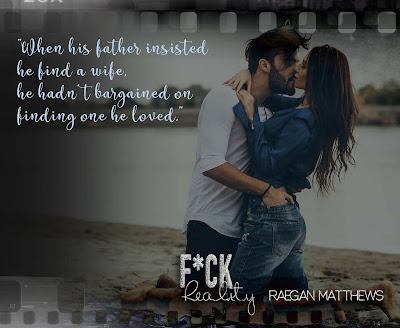 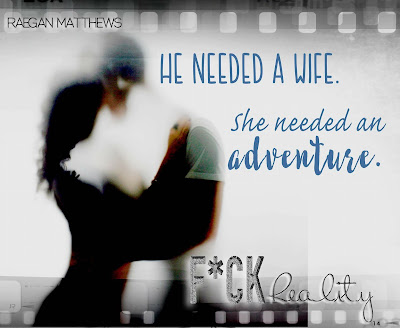 1) What inspires you to write?
Anything, really. Usually I hear characters talking or in the scene of a story, so I jot down the idea and see where it goes. Takes a few scenes and getting to know the characters personality before I consider writing them.

2) When did you know you wanted to write a book?
By the time I was twelve I knew I enjoyed writing.

3) What was the publishing process like for you?
So far, scary. But I've had people help hold my hand. Bloggers, authors, and those that helped put the book together.

4) What is a usual writing day like for you, how is it structured?
I only write or work on book at all for about three hours a day. I read a lot and hang with my family
.
5) Do you listen to music while you write?
Never. I need silence. LOL

6) What are writing projects are you currently working on?
For the most part, I'm hanging around waiting for characters that want to talk to me.