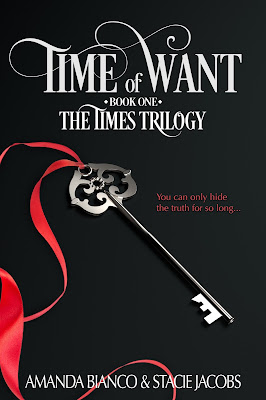 Samantha Bennett has the perfect life. A beautiful home, a loving husband, and all the designer labels a girl could want. But she is lonely. Feeling trapped at home while her husband John works long hours, Samantha craves love and attention. She is desperate for the one thing she can’t have - a child.

Following one let down after another, Sam questions her existence. Her lonely lifestyle drives her to want more. She looks to fill the void from John’s hectic business schedule.

That's when the Millers move in across the street.

Derek and Elizabeth have moved to Long Island so that Elizabeth, a successful pediatrician, can take up a new post close to her family. She is expecting their first child, and Derek, a former sports writer, has given up work to stay home with the baby and write a novel. Quickly, the Miller’s become friends with the Bennett’s. But cracks soon appear in their marriage as Elizabeth works long hours at the hospital.

Derek’s head has been turned and now he too is faced with his own demons.

As temptations grow, Sam begins to slip back into her old mischievous ways. She is
willing to risk everything she and John have worked for, because for Sam it is all about the thrill of the chase.

However, Derek has his own agenda and is playing by a different set of rules. This leaves Sam even more confused. She begins to question if it’s all worth it…

Have you ever wanted something so much that you would risk everything for it?

Even if it meant hurting the ones closest to you?

A contemporary novel of, 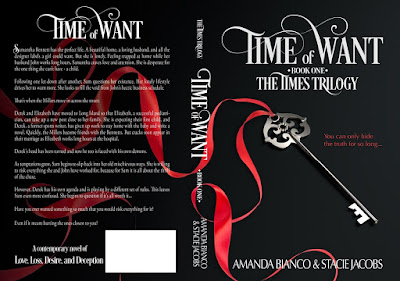 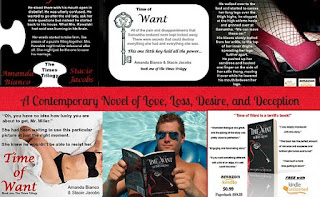 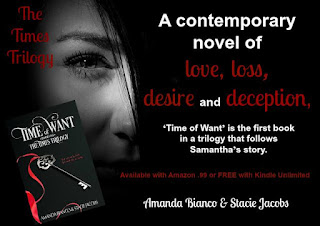 About Amanda and Stacie
Amanda was born and raised on Long Island, New York, and still lives there with her husband of eight years, and two small children. Their son is six and daughter is two. After giving birth, she was fortunate enough to stay at home with her children. Amanda is the youngest of four girls, and loved growing up in a big Italian family. She has always had a creative imagination, but her passion for writing only started a few years ago. The more she read, the more obsessed she became. Now, she loves to write and create stories that people will hopefully enjoy reading. A few of her favorite things to do are: listen to music, read, bake, and spend time with family.

Stacie was born and raised on Long Island, New York. She is the youngest of three girls. After high school, Stacie went to Dowling College and then to St. Joseph's college, with the hopes of being a teacher or speech pathologist. Her senior year, she became very ill and left. At the age of thirty two, she was diagnosed with severe rheumatoid arthritis. Wanting a change, Stacie relocated to Texas in 2006, and shortly after moving, she met her husband. Within six months, they married and now have a three year old son. They hope to complete their family with another baby soon. Now, being a stay at home Mom, Stacie has hopes of finishing her degree and to continue writing.

Amanda and Stacie have been friends for over twenty years. The first ten years, they worked in retail together, until they both decided to pursue other careers. The friendship has grown stronger over the years and no matter how far apart they live, it continues to grow. Amanda and Stacie have always made a great team.