Andrew grew up in a small town in South-Central Kansas. He has always loved writing. He created a series of funny stories as a young teenager called: The Day That Cows Took Over the World. While the short stories would only reach a few paragraphs it kept everyone entertained in class.

Andrew joined the Air Force shortly after graduating High School. While in the Air Force, his love for telling stories never ceased – he wrote another short story entitled The Bank. The story centers on a bank robbery and focuses heavily on morality. It has never been published, but may appear an in upcoming collection of short stories.

After serving the military for five years, Andrew was honorably discharged, and met his future wife Betsy. They fell in love, were married, and moved to Colby, KS to further Betsy’s education as a Dental Hygienist. Andrew briefly worked at the Goodland Star News covering sports and selling advertising. The stint was cut short as a better opportunity opened up in Colby. Andrew was hired on at Red River Commodities, a sunflower confection plant, and enjoyed his job there before he and his wife moved to Oklahoma City, Oklahoma.

A year passed in Oklahoma and Andrew received a Bachelor’s Degree in Business Administration and Betsy gave birth to their first child. The new family packed up and moved back to Betsy’s hometown of Wakefield, Kansas. Shortly thereafter, Andrew and Betsy invited another child into their world, and Andrew began to work on his Master’s Degree and writing a blog on Google Blogger.

After plowing through just one year of graduate school, Andrew received his Master’s Degree in Healthcare Administration, and began working at a local health clinic. While learning his new position in healthcare, Andrew took time to write and self-publish his first book - Pink Eye: Infection. The book is staged during the zombie apocalypse and follows a disheartened man who helps a young girl reunite with her father. It is currently available on Amazon.com. Pink Eye: Infection was released in April of 2015 and the sequel will be due out in December of 2015. 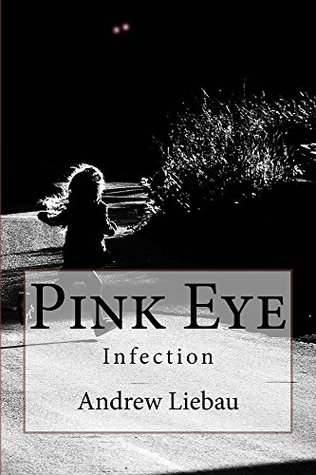 by Andrew Liebau
The mission is simple... get Tina to her daddy, while dodging zombies.

A mysterious virus has infected the entire world and has turned people into creatures that lust for human flesh. After a devastating morning, a man rescues a neighbor's daughter and makes it his mission to reunite her with her father, who may be humanity's last hope!

Email ThisBlogThis!Share to TwitterShare to FacebookShare to Pinterest
Labels: Thirty-One Authors in a Month Presents