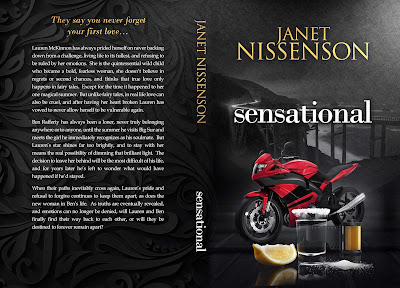 
THEY SAY YOU NEVER FORGET YOUR FIRST LOVE…
Lauren McKinnon has always prided herself on never backing down from a challenge, living life to its fullest, and refusing to be ruled by her emotions. She is the quintessential wild child who became a bold, fearless woman, she doesn’t believe in regrets or second chances, and thinks that true love only happens in fairy tales. Except for the time it happened to her one magical summer. But unlike fairy tales, in real life love can also be cruel, and after having her heart broken Lauren has vowed to never allow herself to be vulnerable again.
Ben Rafferty has always been a loner, never truly belonging anywhere or to anyone, until the summer he visits Big Sur and meets the girl he immediately recognizes as his soulmate. But Lauren’s star shines far too brightly, and to stay with her means the real possibility of dimming that brilliant light. The decision to leave her behind will be the most difficult of his life, and for years later he’s left to wonder what would have happened if he’d stayed.
When their paths inevitably cross again, Lauren’s pride and refusal to forgive continues to keep them apart, as does the new woman in Ben’s life. As truths are eventually revealed, and emotions can no longer be denied, will Lauren and Ben finally find their way back to each other, or will they be destined to forever remain apart?


“I’ve got to hand it to you, Ben,” she chuckled. “I didn’t think you could hold out that long without giving it away. Because there was no way I was going to be the first one to cave and admit to the guys that we had a history. So you can relax now. The door’s shut, everyone else is busy, and you don’t have to keep pretending that we’ve never met until today.”
He gave a brief nod of acknowledgment. “I figured it might make things difficult for you with the rest of the crew if they knew. That they might give you a bad time about it.”
Lauren’s smirk grew more pronounced. “Those guys know better than to give me a bad time about anything. But I appreciate your – discretion, Ben. Though I can tell you right now what I don’t appreciate in the least.”
She shook her head in disgust as she walked right up to him, flicking the collar of his shirt disdainfully.
“This isn’t a good look for you,” she announced in her usual forthright manner. “And it sure as hell isn’t you. What are you doing here, Ben, and exactly what are you trying to prove? You’re no more cut out for this job than I am.”
He sucked in a breath at being this close to her for the first time in forever, trying desperately to ignore how silky soft her caramel curls looked, or how she still managed to smell like the beach and the summer sun when she was thousands of miles from California. And he couldn’t help himself from dropping his gaze to stare hungrily at the way her lush breasts lovingly filled out the dark blue ribbed top she wore.
At the group meeting earlier, she’d still been wearing a chunky, thigh-length light gray sweater over woolly dark gray leggings and knee high boots. With the voluminous sweater now removed, the tempting curves of her petite body were on full, mouthwatering display.
The gorgeous girl had matured into a breathtaking woman, her beauty more refined and yet still wild and untamed. She wore no jewelry, her nails were kept short and unpolished, and the only visible makeup she had on was some tinted lip gloss that made her plush, pillowy mouth look utterly kissable. Lauren had always been a confident, capable woman, but now she wore that confidence like a badge of honor, and he’d never felt more intimidated by a woman – hell, by anyone – in his life. 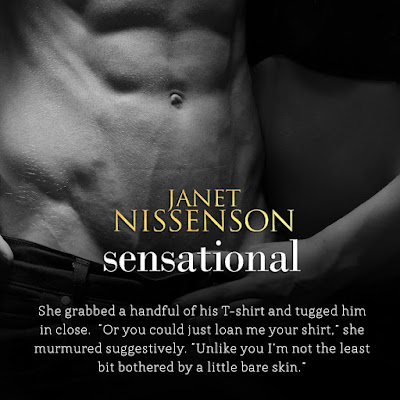 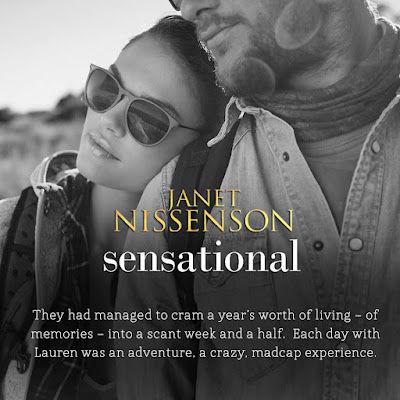 
About Janet  Nissenson:
Janet is a lifelong resident of the San Francisco Bay Area, and currently resides on the northern
California coast with her husband Steve and Golden Retriever Max. She worked for more than two decades in the financial services industry before turning her focus to producing running events. She is a former long-distance runner, current avid yoga practitioner, is addicted to Pinterest, likes to travel and read. She has been writing for more than three decades but Serendipity is her first official published work. She plans five more books in the Inevitable series, with each one a standalone with new lead characters, so no cliffhangers or waiting months to see what happens next!