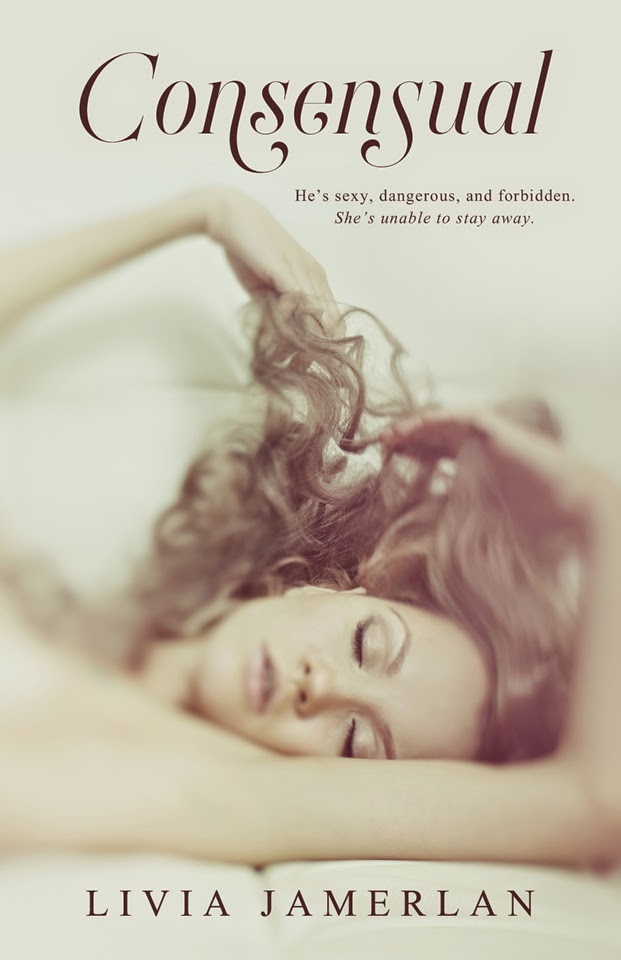 Until she meets HIM.

Peyton Haas is sexy, dangerous, and forbidden. The defense attorney on Braelynn’s first legal case is the only man who can cloud her judgment. Unable to stay away, she finds herself lying to everyone around her so she can spend time with the man who makes her feel things she never felt before—things she never dreamed possible.

With the legal case hanging on a thread, can Braelynn ignore the relationship she has built with Peyton?

Or will she succumb to the man who has the power to throw away her future?


The bedroom door creaked open as it had almost every night since I could remember. He always came for the same person—Loren. I hated him, despised him really. That night, like every other night, I didn’t want her to go. My big sister was all I had. My mother and father had died a long time ago.


“Lo,” I cried. “Please don’t leave. Please.” I heard her kick off her sheets before she rustled out of her bed. I’d never had the courage to look at him standing at the door waiting for her, but I knew he was there, with his greasy hair and his beer belly hanging low over the waistband of his boxer shorts.


Loren ran to my bed and knelt down next to me. “Shh. It’s okay, Brae. I won’t be long. I promise. Close your eyes like a good girl, all right?”


I turned to face her, tears moistening my eyes. She planted a soft kiss on my forehead. “I promise when I come back I’ll lie with you, okay?” I nodded.


It was dark outside, but dawn was coming. Only a few short hours before the light chased away the darkness and all the misery that accompanied it. The sound of crickets chirping outside our bedroom window punctuated the silence inside our small, two-bedroom house. The music coming from their wings should have helped calm me, but it only served as the eerie background track to our recurring nightmare.


I held back my tears, but couldn’t give up without a fight. “But, Loren—”


“Shut her up before your aunt wakes,” the horrible man said. Bile rose in my throat at the sound of his voice.


An eight-year-old shouldn’t know what rape is, or what true hatred feels like, but I hated that man, hated him with every breath I took.


Loren continued rubbing my hair as she spoke. “Brae, listen to me. This will be over soon … for both of us.” She reached for my hand and squeezed it tightly. “I promise. Please, just be quiet.”


I closed my eyes and rolled over to face the yellowing drywall that had never been painted. Loren’s footsteps softly tapped against the wood floor as she headed out of the bedroom.


“What was that all about?” he asked gruffly.


The thin walls allowed their conversation to flow freely throughout the house, but my aunt Tara never heard them. Her alcohol-induced coma helped her sleep through the horror that occurred every night right under her nose.


“Nothing,” Loren responded. “Let’s just get this over with.”


His voice was cold when he spoke again. “I don’t appreciate your mouth. Maybe I should take her to the basement with me instead. She knows better than to talk back to her uncle.”


I shut my eyes tighter. I never wanted to be near him, especially not alone in the basement.


“She’s been through enough. You will not take advantage of her,” Loren said just before I heard the signature creak of the basement door.


My eyes snapped open at the sound of a hand slapping against flesh. “I will have her one day and there is nothing you can do about it. Now get your ass down there.”


The basement door shut, muffling any further conversation between them. Tears streamed from my eyes as fear consumed me, and I shoved my face into my pillow to mask my sobs.


I was three when it happened. I didn’t have any memory of it, but Loren had told me the story over and over again. It was a head-on collision. My parents both died on impact, but paramedics ripped me out of the car without a scratch on my body. Loren had been at her dance rehearsal at the time. After the accident, the court gave custody to our aunt Tara and her horrible husband Henry.


The night Henry first expressed interest in me was the night Loren decided she’d had enough. In the following months leading to her eighteenth birthday, Loren found different ways to barricade our bedroom door, though she always paid for it the next day with extra chores and beatings.


But she never complained.


When Loren turned eighteen she filed a restraining order against Henry and told our aunt Tara what had been happening in her home while she was asleep. Aunt Tara refused to believe anything Loren told her, but she agreed to sign over guardianship rights of me to Loren if Loren agreed not to pursue any legal action against her husband. That was after she kicked us out of her house.


It was a blessing in disguise.


Loren applied for a housekeeping job for a couple in Newport, Rhode Island. As soon as things were settled with our aunt, we left Nampa, Idaho, and headed east until we reached the opposite side of the country. We drove cross-country with only pennies to our names, but Henry wouldn’t ever touch Loren or me again.


It was a welcome fresh start.


Loren inherited half of our parents’ wealth on her eighteenth birthday. Unfortunately, Tara and Henry never moved the money into an interest-bearing account, so we only had a few thousand dollars to help us in Rhode Island, but it was enough to start our lives over in a new city.


“It’s just you and me, Brae,” Loren said as she looked at me through the rearview mirror. “I promise you, baby girl, I’ll do whatever I can to protect you.”


I smiled as I hugged my dolly, the last gift my mother had given me before she died. “I love you, Lo,” I said before I looked out the car window. My eyes filled with tears, of happiness this time. Never again would Henry hurt either one of us.


“I love you too,” she replied. Then she started the car and drove us toward our new life. 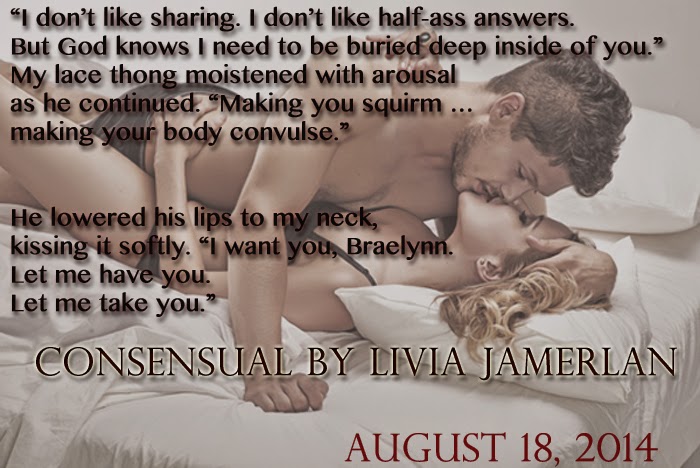 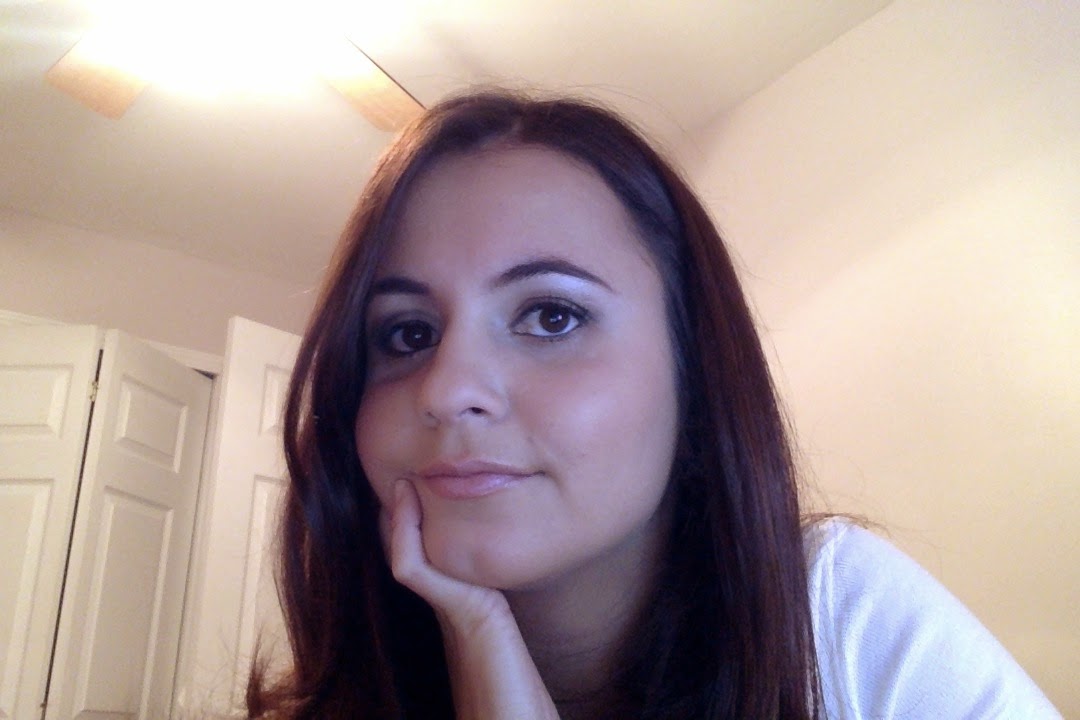 Livia Jamerlan is a hopeless romantic she is always looking for her next love story to pop in her head. Though Livia kept a journal throughout her early life, she never thought about pursuing a career in writing, she always used it as form of therapy, pouring her heart out into words. It wasn’t until a story developed in her head that she decided that maybe she could write a book. At first it was just an escape from reality but now she use it as a power to put all her feelings, hopes, and fears on paper. Deciding it was time to tell her story she began to write, with each passing day the story grew, characters we formed, and what seemed like a hobby at first has now become a passion for Livia.

When Livia is not writing she is spending time with her husband and their two dogs, she might also be curled up with a new book, or she is out traveling the country to support indie authors at their book signings. 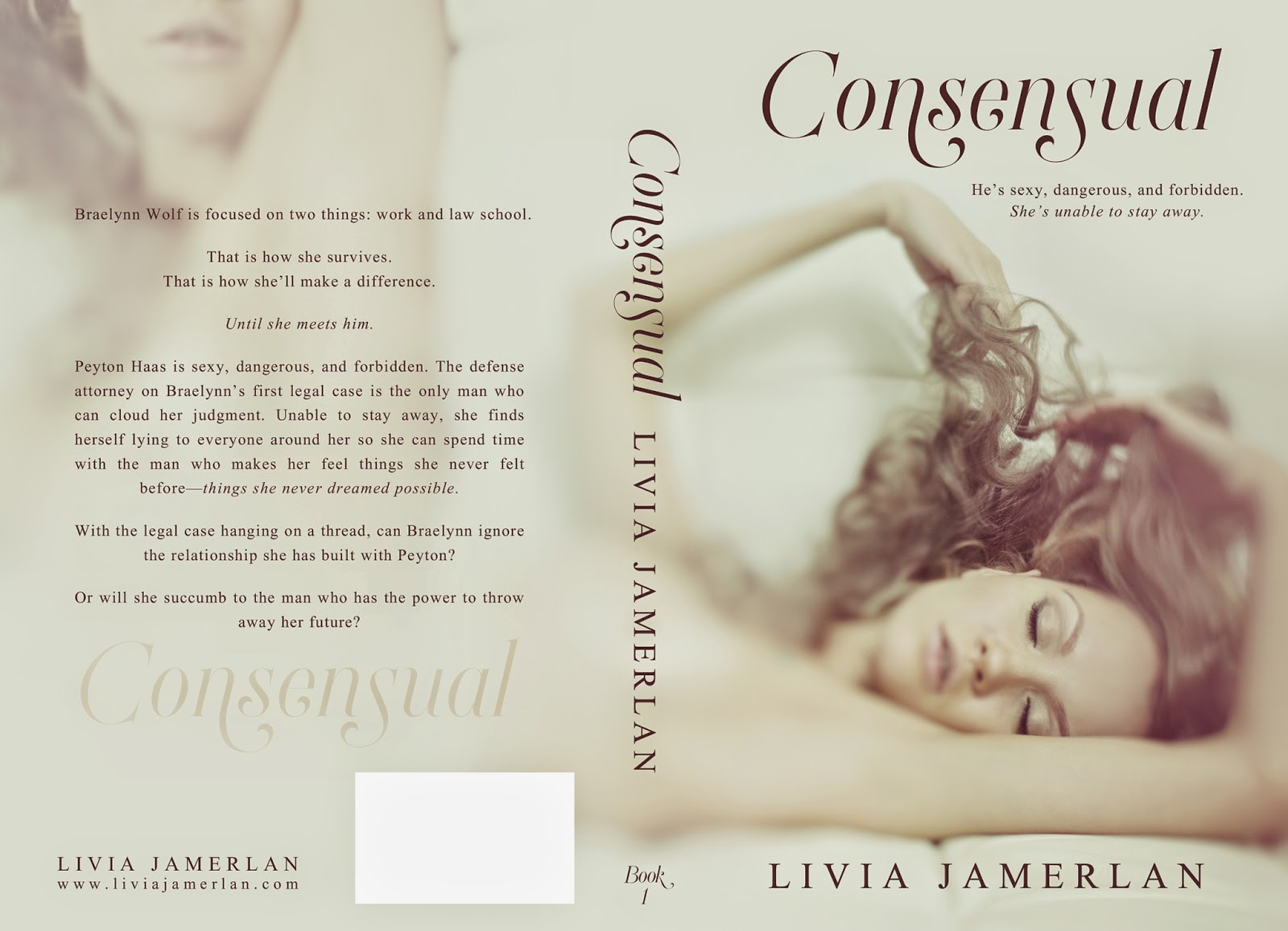