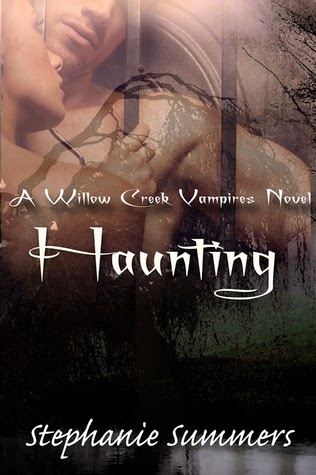 Sabine Crowley is adjusting well to her new life at Willow Creek Manor with Remy by her side. That is, until she finds out some devastating news from Bastian. Has Remy been lying all along about his feelings for her? Had she been a fool to believe his feelings for her were true?

Remy has been accused of trying to leave Sabine, Bastian, and the Manor behind. He’s been locked up and drained to the point that he has no memory of why he is there or what has happened since just after Sabine officially became “his”.

It’s up to Sabine to figure out the truth about Remy and how the secret of Willow Creek can help or hinder her quest to be free.

Stephanie Summers is a self-published author who never considered writing a novel until after she was 30 years old. She decided to give it a shot, and, to her surprise, people actually liked what she had to say. She has several stories she’s currently working on and a ton of other ideas for future works. You'll soon figure out that she is a little bit sarcastic (okay, a lot sarcastic), curses way more than she should, and likes to laugh just about as much as she likes to bitch about things that annoy her.


She has released a paranormal romance, Craving (Book #1 of The Willow Creek Vampires Series). Haunting, the second installment of The Willow Creek Vampires Series releases July 29, 2014. Her short story, Love Forgotten, was chosen to be published in Stardust: A Futuristic Romance Collection. Her contemporary rock star romance, Take Me On, is scheduled for release September 9, 2014.