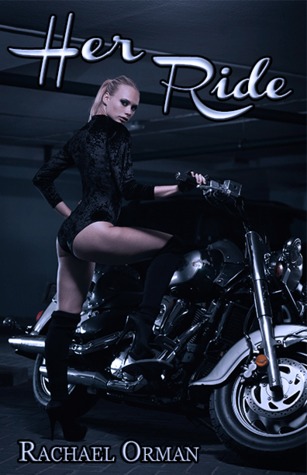 by Rachael Orman
Synopsis:
Being happy. It sounds so simple. Yet, it seems that it’s always just out of reach for Shannon Ryan.

After serving overseas for seven years as a female United States Marine, Ryan is finally getting out the military. But coming home to live with her biker brother and his motorcycle club is more difficult than she thought it would be. Much has changed in the years that she has been gone, including Ellis, her brother’s best friend and childhood crush.

Ellis 'Dirty' Crane is the second in command for Tormented Souls Motorcycle Club. The only thing he lives for is the club, that is until Ryan comes home, no longer the wild little girl that followed him around. The two things standing in his way of getting what he wants are Patrick, Ryan's brother and leader of the club, and Jeremiah, Ryan’s boyfriend.

Can Ellis break through Ryan’s walls? Burn them and Jeremiah down? Prove to her brother that he’s the right man for her? Or is Ryan hiding more than she’s letting on?

After losing her mother, Melia knew her life would never be the same, she just didn’t expect it to be so drastically different. Her mother’s final wish was something that not only changed her life but also the way she lives it. And it put her right in front of a man that angers her as much as he excites her.

Patrick ‘Wrench’ Ryan is president of the Tormented Souls Motorcycle Club. He’s strong, tough, and his word is law, but his sister knows how to get the upper hand with him. So, when she showed up with Melia and told him she’s staying in the club house, it didn’t take much to get him to relent. He tried to play nice, but Melia gets under his skin.

Things change when the club’s biggest foe escalates their rivalry in an attempt to bring the Tormented Souls President to his knees. It’s up to Patrick to protect his sister and the things most important to her. Will he be able to keep everyone safe? Will Melia get caught in the crossfire? Or will it all be for nothing in the end?

About Rachael:
Stay at home mother of two with a passion for reading almost as much as writing. She is often found curled up with her Kindle reading while her children cuddle up on either side 'reading' books of their own. Married for almost ten years to the most wonderful husband and father, she couldn't ask for more out of life. Except maybe to live somewhere not quite as hot as the desert she currently lives in.

1) Can you tell us a little about yourself?
I'm a stay at home mom of two little girls (5 & 3 yrs old). I am a former Marine, cancer survivor and dedicated wife to a hard working wonderful man.
2) Do you have a favorite spot to write?
I always write in my living room. It's right in the center of my house where I can keep an eye on everything going on.. Although I usually write at night when my little ones are in bed.
3) Do you listen to music while you write?
Almost always. It helps keep my easily distracted mind busy and on track.  4) Are you doing any author signing events this year?
Nope! I'm moving to a new house in October so that's taking up any free funds and time! 5) What is the hardest scene you have ever written?
I can't really say. Some characters are easier to write than others. Patrick/Wrench has been the most difficult character for me to write as he's been the hardest, most defensive person, but once he let me in, we got a long just fine ;) Yes, I talk to my characters.
6) What's the last book you read?
I'm currently elbow deep in the Inside Out Series. I love to read almost as much as I love to write so I'm always reading something or another.
7) What's one random fact about yourself that you can share?
I only wear flip flops. If forced, I'll wear tennis shoes. I am tall so I very rarely wear any type of heel at all.
8) What’s your favorite outside activity?
Chasing bubbles. We have a small bubble machine for my kids and we all go crazy chasing the bubbles around wherever we set it up. 9)  Do you have a release date for Her Journey (Her Series #2)?
August 27!! 10) What project are you working on now?
I'm currently editing Her Journey, but I have also started the novel about the therapist that was in my novella Lost Desires, which I am hoping to have out in October.
Posted by Gia Guido at 9:00 AM