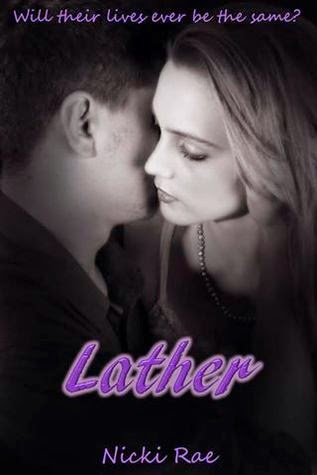 18 year old Emily Jenkins is from a small town in Indiana. She has just graduated High School and is going through a bad break up; she is ready to start college and get on with her life. But, before she even gets a chance to start college, unforeseen events thrust her right back in to the life of her ex. Will she survive him and be able to continue with her life or will she be drawn back to him?

Logan Moore has just returned home from College for the summer. He has had a rough first year, all of his own making. He wants to right some of the wrongs that he has created over the last year, but it is proving more difficult than he thought. After a tragic accident, that he feels is his fault, Logan tries to cope with the guilt and is offered help by someone he least expects.


Will their lives ever be the same? 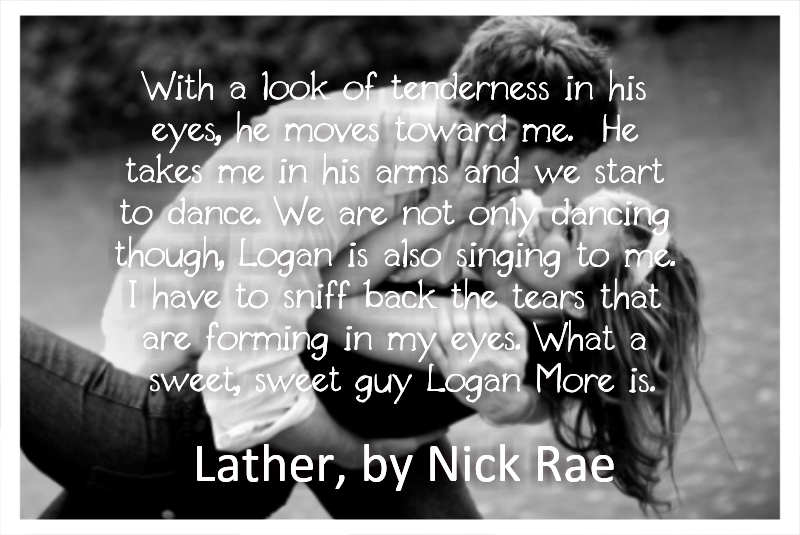 Review by Gia:
Lather was a good read.  I was hooked from the prologue.  In the prologue it's present day and Emily is in a hospital room and a police officer comes in to talk to her.    Then in Chapter 1 we go back two years.  I was a little frustrated because I wanted to know right away why she was in a hospital room.   We are brought on a ride of Emily and Logan's relationship.

Lather is told is both Logan's and Emily's POVs.  Logan and Emily's relationship has a lot of ups and downs and bumps in the road.  At points I felt it was going slow but that was just because I was impatient about finding out about the scene from the prologue.   When I finally read the part where the book catches up with the prologue., I was surprised.  It was well worth the wait, I never expected that to happen.

This is definitely a good read and you will not be disappointed.   Lather is book one in the Moore series.  There isn't really a cliffhanger but it does leave you wanting more Logan and Emily.  I wonder if book two will be more of there story or if it will be another character's  story.  Either way I can't wait to read book two.4 Amazeballs Stars!!! 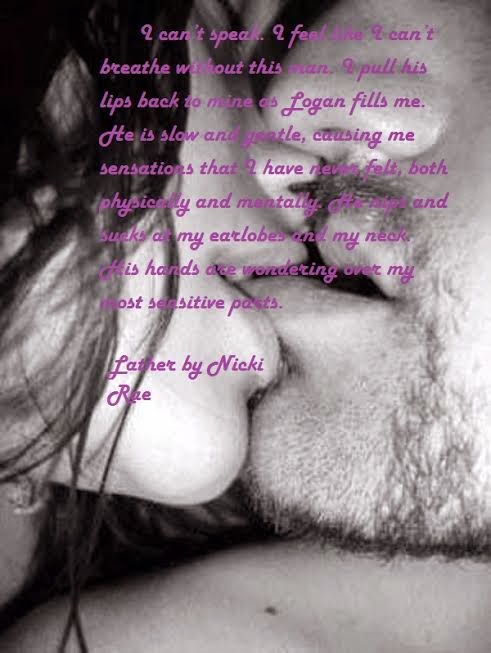 Who am I to argue?

He moves his arm back around to help me down. I do my best to keep most of my weight on me but I know he wants to feel like he helped. I reach up and kiss him for the entire journey over to the table. Before I get myself on the table, Logan slips his hands in the waistband of my shorts and pulls them down. He stands back to look at me and closes his eyes. I walk up to him and almost rip his shirt off. I have been waiting all day to move my hands across this chest. I kiss it, and move my hands down to his jeans and take them off.
Logan kisses my lips and backs me up to the table. I start to get up on it but he stops me.

“Oh.” I say, excitement coursing through my body.

I lean over the edge of the table. He moves my hair to fall over my shoulder. He kisses my bare shoulder and moves one of his legs between mine. His hand is moving over both of my ass cheeks until he finds what he is looking for. His fingers trace the line that leads to my sweet spot. He no sooner touches it and I almost explode. He moves his finger away before I can. My back arches and that places my head back on his shoulder and I am silently pleading with him to continue.

He places his other leg between mine now and rubs his manhood against me. Oh my God, I think I am going to die. I reach back and grab him because he is going too slowly. I rip his boxers off him and start to guide him into me. I hear Logan laugh but he doesn’t stop me.

“That’s kind of hot babe.” He says and I can hear the smile in his voice.

I lift one of my legs onto the table, for easier access. I get him to where I want him and he moves inside; slow at first and that is ok. This position is foreign to me, I have to get used to it. Once he feels me relax around him, he starts to pick up pace. One of my hands is on the table and the other is on Logan’s leg. My knuckles are turning white from grasping the table so hard. He continues to move at a steady pace and I feel myself climbing, I look up to the ceiling and he starts to move faster. He reaches his arm around to my front for some extra pleasure and that is all it takes. I shatter in his hands. Logan moves a few more times and he is right behind me.

I am utterly spent. I practically sprawl out, naked, on the Moore family dinner table and at that moment, I really couldn’t care less.

“That was pretty amazing, Logan. That is definitely something worth repeating.” 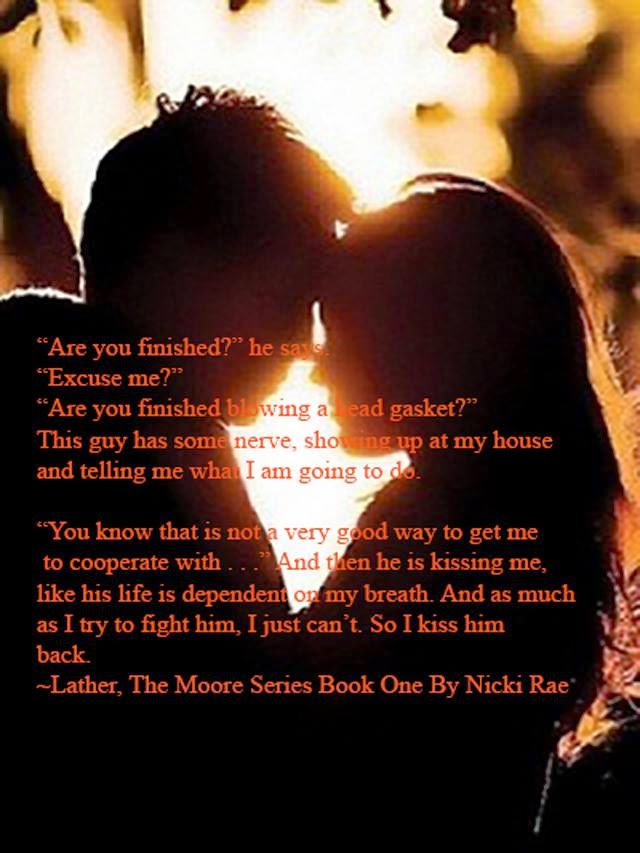 Nicki Rae was born in Dayton, Ohio. Today, she resides just outside of Indianapolis with her husband, her nine year old son and her zoo full of animals; two cats (Sam and Shelby), fish, a bearded dragon (Spike) and a tarantula (Bill). The tarantula actually belongs to the guys, Nicki hates him!

Nicki has a degree in Human Resources and is a banker by trade.

Along with being an avid reader, she is also a lover of music and a HUGE sports fan (Go Colts!).

brought to you by