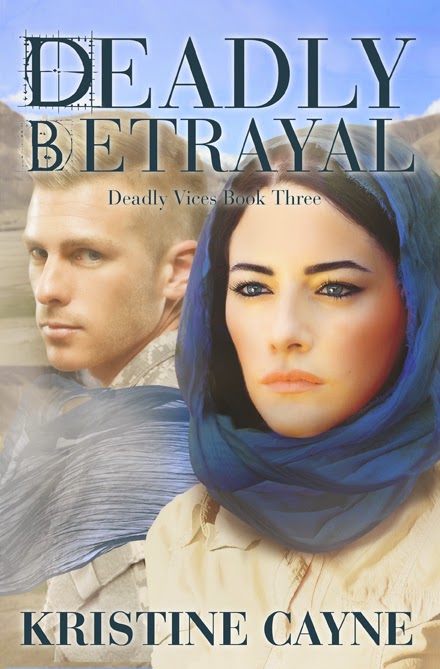 
An Afghan woman’s rights activist with a dark secret.


Azita Seraj, doctor and women’s rights activist in Afghanistan, is horrified to learn that her late husband’s brother, Khalid Mullazai, is giving his eleven-year-old niece to a militant warlord. Desperate to save the girl, she reaches out to the only hope she has: an American soldier she treated several years earlier for a near-fatal gunshot wound. A wound he received in an ambush she’d unwittingly initiated. Can she enlist his aid and still keep secret her betrayal?


An American soldier searching for answers.


Kaden Christiansen never forgot the beautiful Afghan doctor who saved his life, and when he receives her cry for help, he doesn’t hesitate. He relishes the opportunity to see Azita again, and being in-country will give him a chance to hunt down the person responsible for the ambush that left one of his men dead.


A deadly conspiracy that threatens them both...


Pursued by Mullazai and the warlord’s fighters as they travel across the country disguised and posing as a married couple, Kaden and Azita begin to fall for their own act and for each other. But Kaden senses that Azita is holding back. Is the reason their cultural differences, or something darker?

Add it to your Goodreads TBR: https://www.goodreads.com/book/show/17801275-deadly-betrayal

Hours later, Azita awoke parched, but feeling oddly safe. She was warm and there was a delicious tugging in her hair as though someone were massaging her scalp. Her eyes popped open. Kaden watched her, his eyes warm and relieved, while his fingers stroked her hair, the strands gliding between his fingers, again and again. Goose bumps raced up her back at the strange feeling. Faroukh hadn’t been much for caresses, and no man had touched her bare head since she’d been a young girl. Kaden smiled. “Your hair is as soft as I’d dreamed it would be.”


She fell into his golden gaze, fell into her earlier fantasy of being with a man who loved her, wanted her, and whom she had chosen. The dream of being his, of Kaden being hers.

Catch up on my award-winning DEADLY VICES series before the launch of book three, DEADLY BETRAYAL on July 21st! 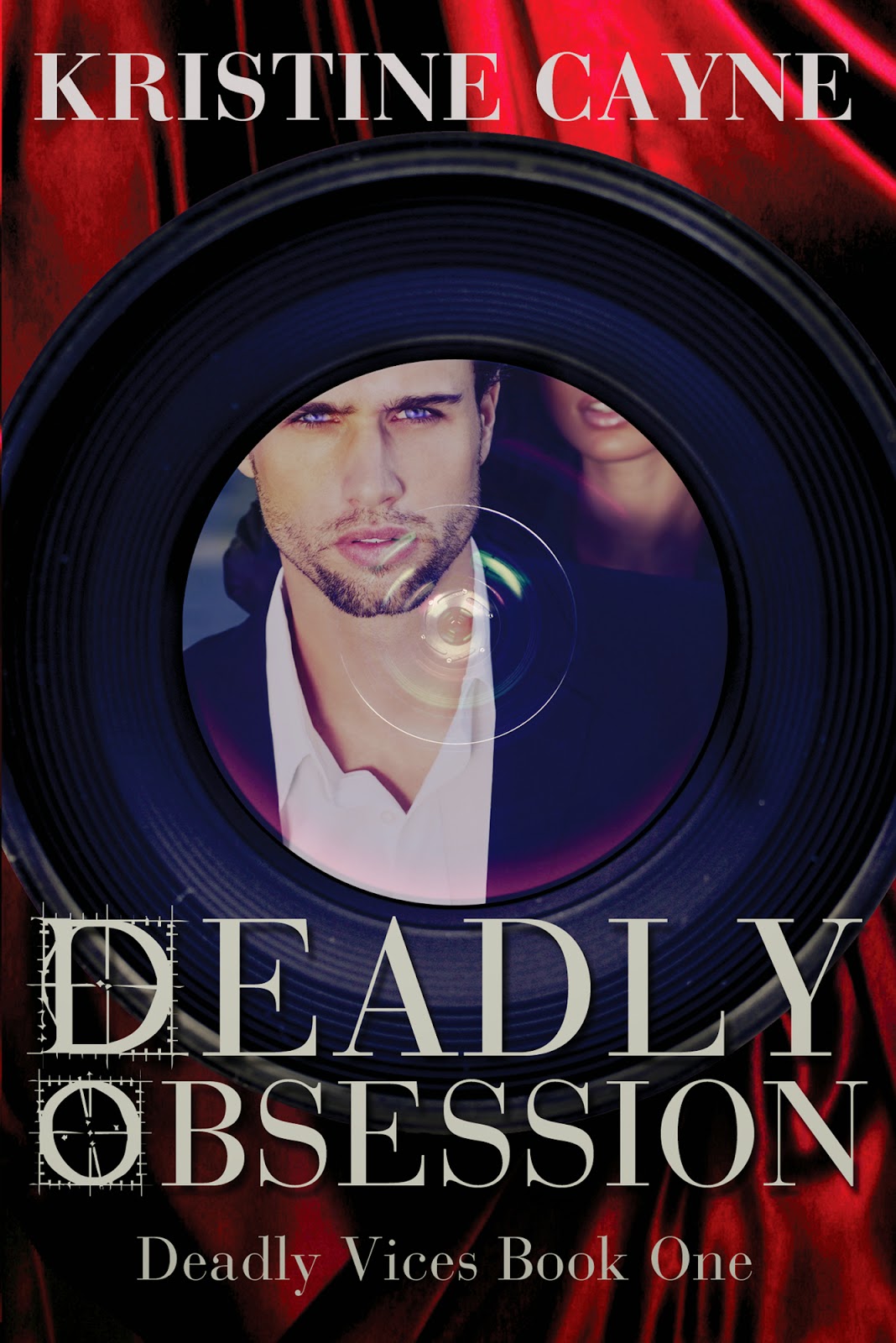 Nic Lamoureux's perfect movie star life is shattered by a stalker who threatens any woman close to him. When he meets photographer Lauren James, the attraction is instant--and mutual. She's exactly the sort of woman he craves, but the stalker makes deadly clear Lauren is the competition. And the competition must be eliminated. 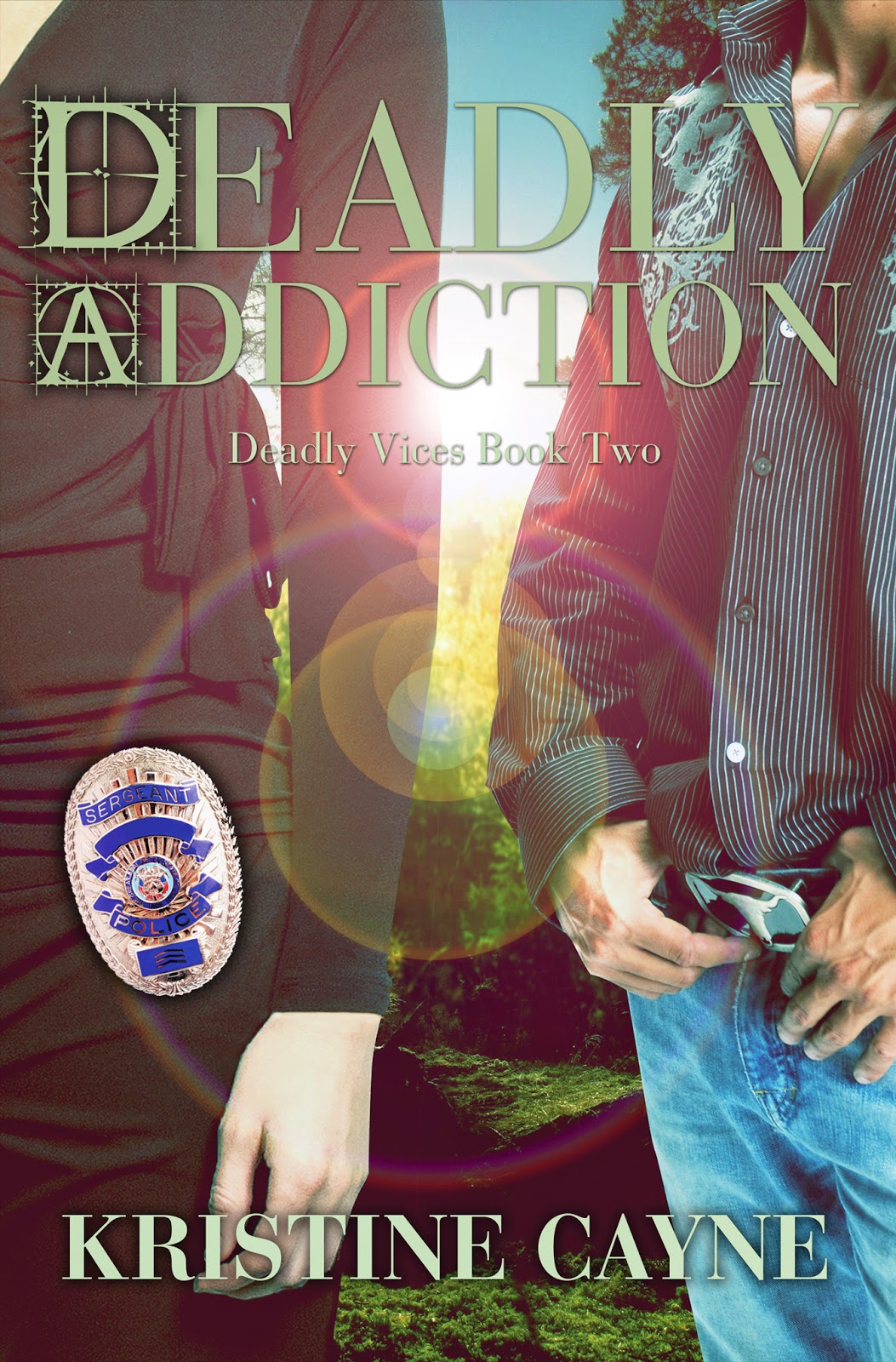 
When Rémi Whitedeer and Alyssa Morgan uncover a drug-fueled scheme on the Blackriver Reserve—a scheme involving a biker gang from Alyssa’s past and a militant sovereigntist group led by Rémi’s cousin—Rémi must choose between loyalty to family and tribe or his growing love for Alyssa. Will Rémi and Alyssa have to leave everything behind—even their identities—for the chance at a future together?

Award-winning author Kristine Cayne is fascinated by the mysteries of human psychology—twisted secrets, deep-seated beliefs, out-of-control desires. Add in high-stakes scenarios and real-world villains, and you have a story worth writing, and reading.


Kristine’s heroes and heroines are pitted against each other by their radically opposing life experiences. By overcoming their differences and finding common ground, they triumph over their enemies and find true happiness in each other’s arms.


Today she lives in the Pacific Northwest, thriving on the mix of cultures, languages, religions and ideologies. When she’s not writing, she’s people-watching, imagining entire life stories, and inventing all sorts of danger for the unsuspecting heroes and heroines who cross her path.


To learn more about Kristine and her stories, visit her website: www.kristinecayne.com 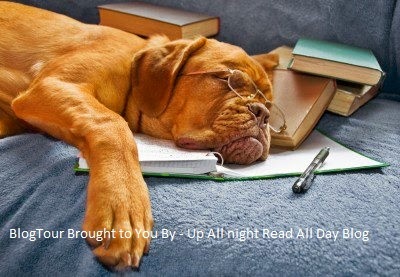