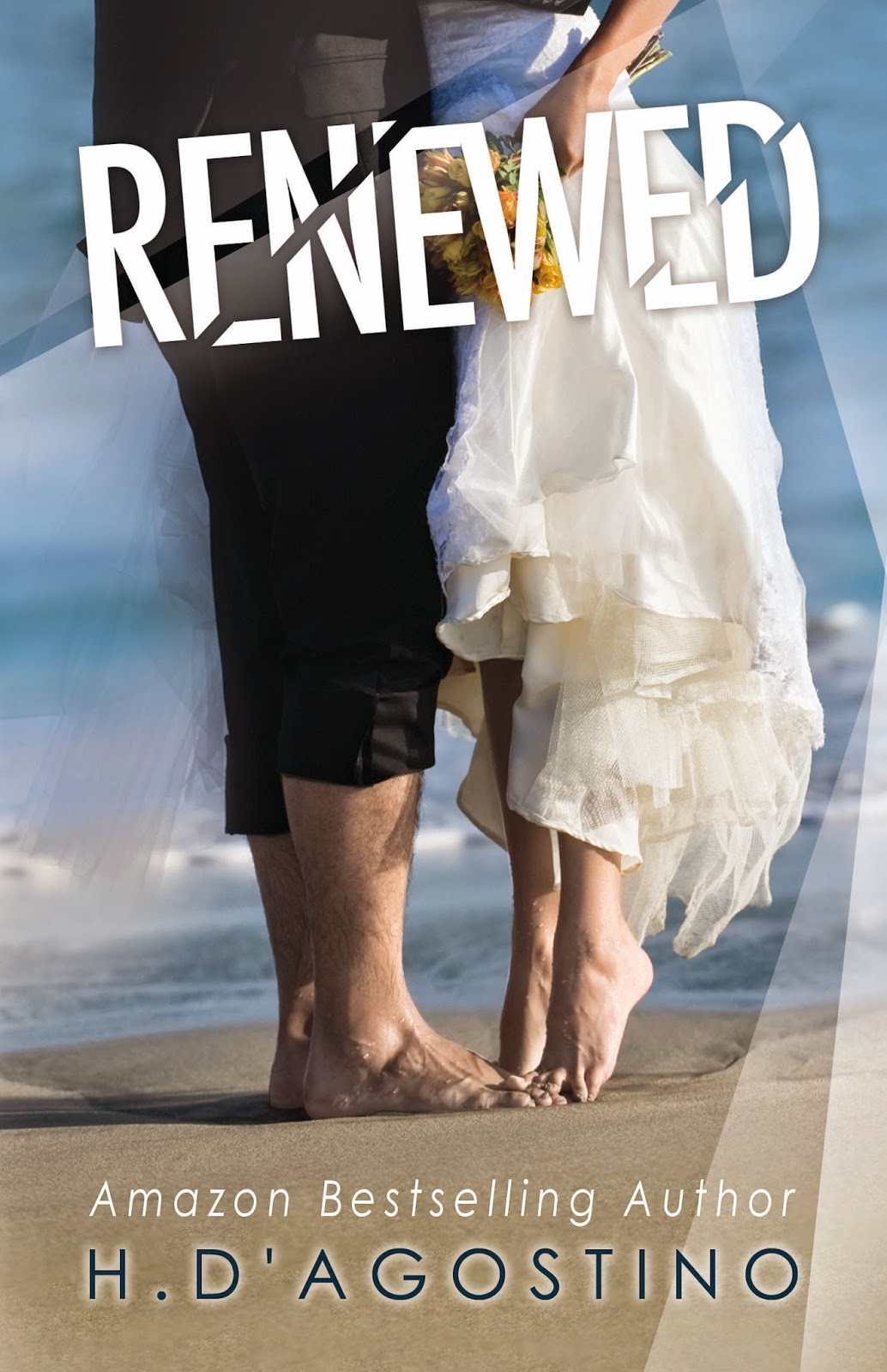 
Life is full of choices. Some are easy, some are hard, and some are life altering. Nick Sutter and Leah Carmichael have spent the better part of their lives in love with each other. Reconnecting after a six year break had seemed impossible, but determination and forgiveness helped true love prevail. Nick thought his life was perfect…that is until Leah dropped the ultimate bomb…she’s pregnant. As Nick grapples to keep a hold on reality, Leah is faced with a heartbreaking decision that could shatter the fragile bond they are clinging to. Can she choose between herself and her baby? How will Nick react when she does? Will they survive the aftermath? See how it all ends in Renewed, the final book in the Shattered trilogy. 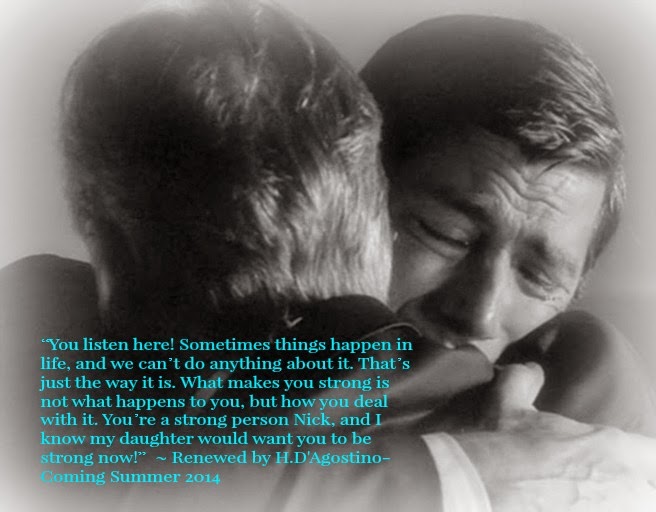 
At first I didn't know where I was. I'd remembered falling asleep the night before on the couch, but when I opened my eyes I was in bed. Alone. I could hear the shower running, and soft grunts were coming from the bathroom. I knew Nick was in there, but I'd never heard him so vocal before.

Curiosity overwhelmed me, and I slowly pulled myself out of bed. I was still wearing the t-shirt that I'd had on the night before causing me to shiver slightly from the cool breeze that drifted through the room. I wrapped my arms around my middle and padded over to the bathroom door. As I pushed on it lightly, it slowly opened to reveal the most erotic sight. Through the glass door, I could see Nick leaning against one of the walls. His head was tipped with his left arm bent and pressed against the wall over his head. Steam had fogged the air, but his silhouette left no doubt to what he was doing. His right hand was gripping his cock as he stroked himself vigorously, His thighs flexed tight as his face scrunched up in pleasure. Moans and groans escaped his lips as he mumbled incoherently. I had no idea why he was so turned on, but when his hips jerked forward one last time before he mumbled, “Holy Shit!” I knew he was done. He shook his head as his body trembled, fighting to remain standing. I watched as he stepped under the water one last time before turning the shower off.

Before I could escape back into the bedroom, the shower door opened and Nick stepped out onto the rug. He didn't notice me at first as he reached for a towel, but when he brought it up to wipe his face, he fumbled and our eyes connected. Nervous and embarrassed at being caught, I began chewing on my fingernail. Nick quickly gained his balance as he smirked at me. I knew I must be blushing because he snickered before holding his arms and the towel out to the side exposing himself.

"I've seen better," I shrugged and tried to avert my gaze.

Nick strode over to stand right in front of me and leaned in next to my ear, "Don't lie to me Leah. I can tell just by looking at you that you want me to take you right now."

I shuddered and cursed my body for being so easy to read. I could feel every nerve ending coming to life as he leaned in to kiss my cheek. Sexual awareness zinged through me as he reached around to cup my rear causing me to stumble forward and press into his chest. I shivered when I felt his fingertips brush the underside of my butt, right along my panties.

“You can’t tell me that you don't want me to fuck you right now," he murmured as he ran the tip of his nose along my jaw. "I bet you’re dripping,” he moved the hand that was behind me forward and right between my thighs, letting his fingers run over my damp panties. “That's what I thought," he grinned.

“Nick?” I whimpered as I balled my hands into fists at my side refusing to touch him.

"What baby?" his nose skimmed my jaw on the other side and then paused.

“I can’t…” I squeezed my eyes shut fighting to remain in control.

“I know,” he smirked and then stepped back away from me breaking all contact between us.

My eyes flew open as my jaw dropped, "What are you doing?"

“Getting ready for work,” he shrugged as he worked his way around me and over to the dresser.

He pulled open a drawer and grabbed a pair of boxers. After tugging them on, he stepped into the closet. I stood there stunned for a moment, shocked that he would get me so worked up and then leave me like that. He'd never done it before, and the entire situation completely miffed me.

Nick chuckled, "Ummm yeah, I can."

"Nick!" I growled and stomped my feet like a petulant child.

He only laughed harder as he pushed by me on his way back into the bathroom to comb his hair.

“You said you wanted our wedding night to be special. No sex until then, remember?” he looked in the mirror at me standing behind him. “I’m holding up my end of the deal. Trust me when I tell you that waiting for this is going to make it that much better,” he winked at me before I turned and stomped over to the bed.

I stood there in our room for a minute while he continued to pamper himself in the bathroom. As a plan began to form, I giggled to myself. I grabbed the bottom of the t-shirt I was wearing and whipped it over my head. After tossing it on the bed, I shimmied out of my panties, and sashayed right past him wearing nothing but a smile as I stepped into the shower. Nick's eyes traveled the length of me as I fought with myself to ignore his presence. He was not going to win. When the water blasted on, I heard Nick sigh. I giggled again as I muttered, "Game on!" before stepping under the water to take care of myself. Two could play this game, and I was not one to lose. Nick would be begging before our six week hiatus was up, I was sure of it.


Review by Gia:
Renewed is book three in the series.  It's not a standalone, you must read Shattered and Restored first.  Renewed picks up where Restored left off.  I though that this one was going to be fluffy I'm not sure why I thought after the cliffhanger form Restored.   Renewed was an emotional read.   Leah and Nick have some tough choices to make because Leah is having a high risk pregnancy.   In this book you see just how strong Leah and Nick's relationship is.
We get more of Leah's friend Avery and Nick's brother Cam.   I hope they get their own book.
I loved reading the whole series.  There is no cliffhanger and you will be happy with the ending.
5 Amazeballs Stars!! 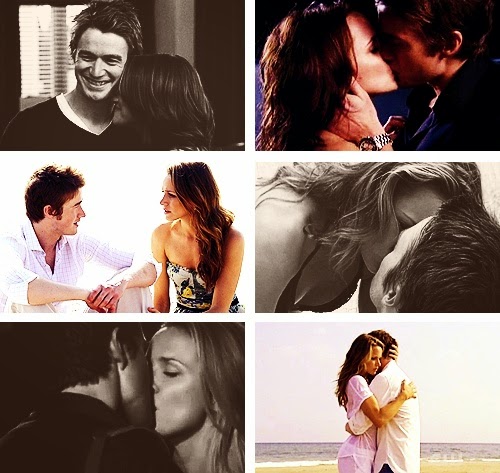 Other Novels of the Shattered Trilogy

Ever wonder what it’s like to have it all? Leah Carmichael didn’t. She had the world at her fingertips in the form of a dream. Everything thing she could ever want was in her grasp.

At what cost are you willing to have this life? Would you give up the life you have to pursue it? Your family? Friends? What about the one who holds your heart?

What if something comes along and takes it all away? Would you survive the devastation? What happens when you realize you gave up everything you had to have it all taken away in a moment? Will it leave you broken? Or will it shatter you?


Review by Gia:
Shattered is a great read!!  Leah left her small town life in pursuit of running in the Olympics.   She left behind her boyfriend at the time, Nick.  five years later she returns.  Her mother is sick and her dream of running in the Olympics have been destroyed by an injury.   Nick is still in town.
Nick is harsh on Leah at first but their chemistry can;t be denied and he softens pretty quickly.   I didn't really like Nick at first but as I read on i liked him more.   We learn why Nick was so mad at Leah when she left.
The shoe in on the other foot this time, when Nick gets a great offer that out of town.  Leah is not happy with Nick's decision.  In the end Nick does something that is awful and I'm not sure how he will win Leah back.   This is book one in the series so of course there is a cliffhanger.
5 Amazeballs Stars!!!


If the person you loved betrayed you, could you forgive them?

When Leah refused to leave with him, Nick did the unthinkable…he ran into the arms of another woman. Hurt and confused, Leah turned to an old flame…Will Davis, a scout who she’d met in Atlanta.

When Will asks Leah to come to Wilmington with him on a scouting trip, she reluctantly agrees. After all…she never thought she’d see Nick again.

Nick, now a successful football coach for the University of Wilmington, lives in a beautiful beach front property. He spends his mornings running on the beach, and his afternoons at football practice. He never expected to see the one girl he couldn’t forget…here in his town.

Can a Shattered relationship ever be Restored?

Review by Gia:
Restored is book two in the series.  It can not be read as a standalone, you must read Shattered first.  Restored picks up where Shattered left off.  Nick left Leah shattered but it looks like she has picked up the pieces and moved on.  Then when a weekend trip takes her to where Nick is, you can tell she isn't over Nick and he is not over her.
I feel bad for Will.  He never had a chance of coming between Nick and Leah.  Just when you think everything is going to be great between Leah and Nick, H. D'Agostino throws in a crazy cliffhanger.
5 Amazeballs Stars!!!!

Amazon best-selling author of the Second Chances series and the Shattered Trilogy, Heather D’Agostino writes contemporary and new adult romance set in Boston, New York, and North Carolina. Heather has always enjoyed creative writing, but never pursued it as a career option. Born and raised in Harrisburg, NC she received a BA in Elementary Education from the University of North Carolina at Charlotte. After teaching for six years, she decided to leave the profession to be a stay-at-home mom. After finding the world of Fan Fiction, Heather decided to “get her feet wet” in the literary world. With much
encouragement and inspiration from the Fan Fiction world, she made the decision to publish her work. Heather prides herself in the fact that her books have real life situations with believable characters.


These characters could be your best friend or your next door neighbor. Her first book, Unbreak Me, has been welcomed with open arms into the self-published community giving her the encouragement needed to continue to pursue this dream. Heather currently lives in Syracuse, NY with her husband, two children, two dogs, and three cats. She enjoys spending time with her family, watching sports, and playing chauffeur for all her children’s activities.