Books:
Take A Gamble
One summer.  One chance meeting.  One devastating phone call.
MacKenna Trist is not happy about spending a month with her family in Myrtle Beach.  She would rather be at home, hanging out with her friends, before starting her senior year of high school.  That is, until she meets the guy staying in the beach house next door.
Roe Gamble is speechless when he first lays eyes on Mac.  Normally, pretty girls are his specialty but not this girl.  From this girl, he wants more.  More of everything.  More than she can give him.  Most importantly, more time to show her how he feels about her.
But time is working against them in more ways than one. How much time do you really need to fall in love? What would you gamble to hold onto it? 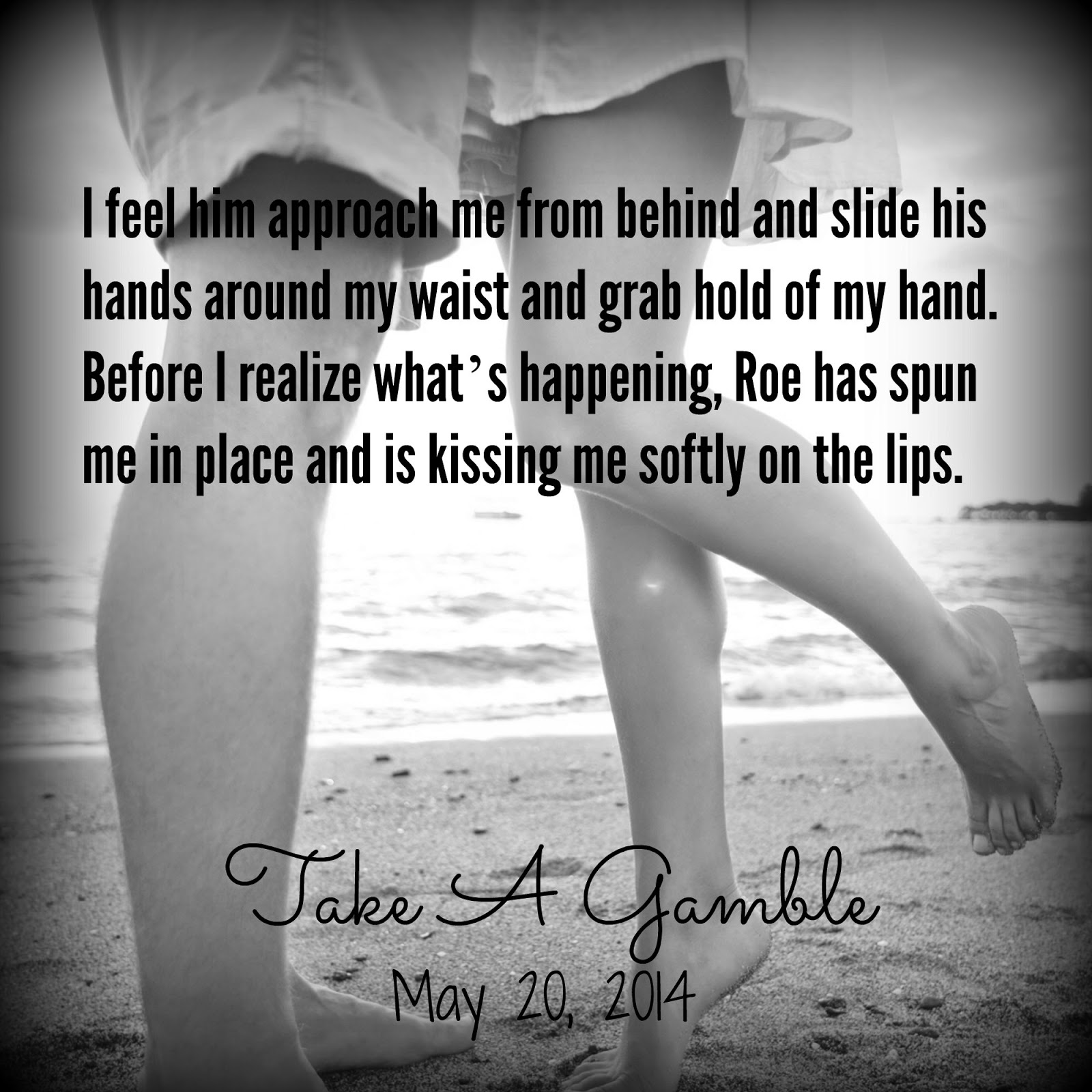 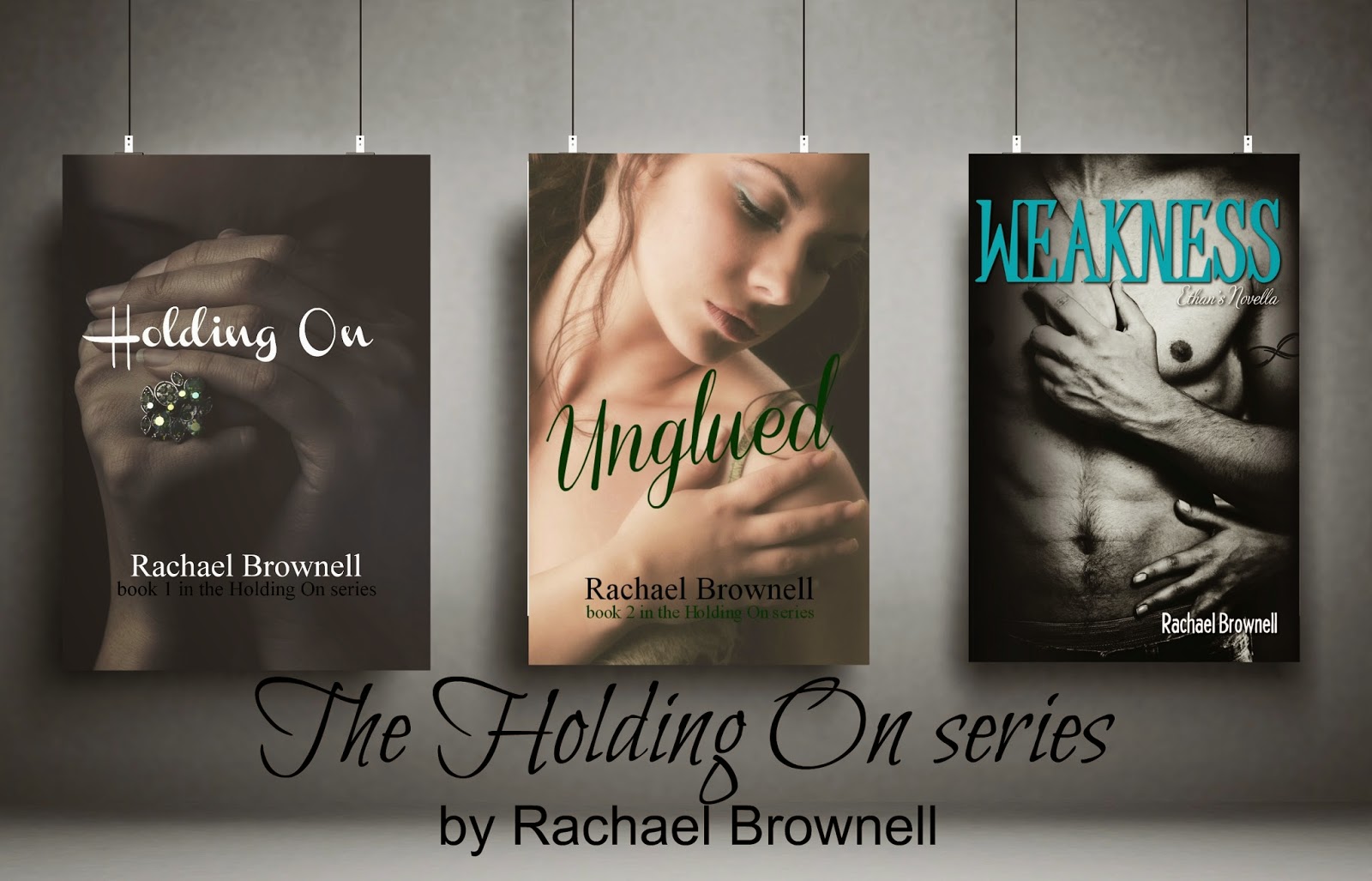 The Holding On series
Holding On (Holding On #1)
For five years Becca has been struggling to hide her feelings for her best friend, Brad. Now she finally has a chance to move on.  She’s in a new city, she’s attending a new school, and she’s met the first guy besides Brad who’s held her attention in a long time.  Not only is Ethan attractive, he’s an amazing tennis player, and he might just be Becca’s match on and off the courts.
Brad has loved Becca for as long as he can remember. Now that Becca’s family has moved two thousand miles away, Brad may finally be ready to lay his heart on the line and do whatever it takes to hold on to Becca.
But is Brad too late? Or will Ethan’s secret drive Becca back into Brad’s arms? Torn between her love for Brad and the promise of something new and exciting with Ethan, Becca has an almost impossible choice to make, the choice between letting go or holding on. 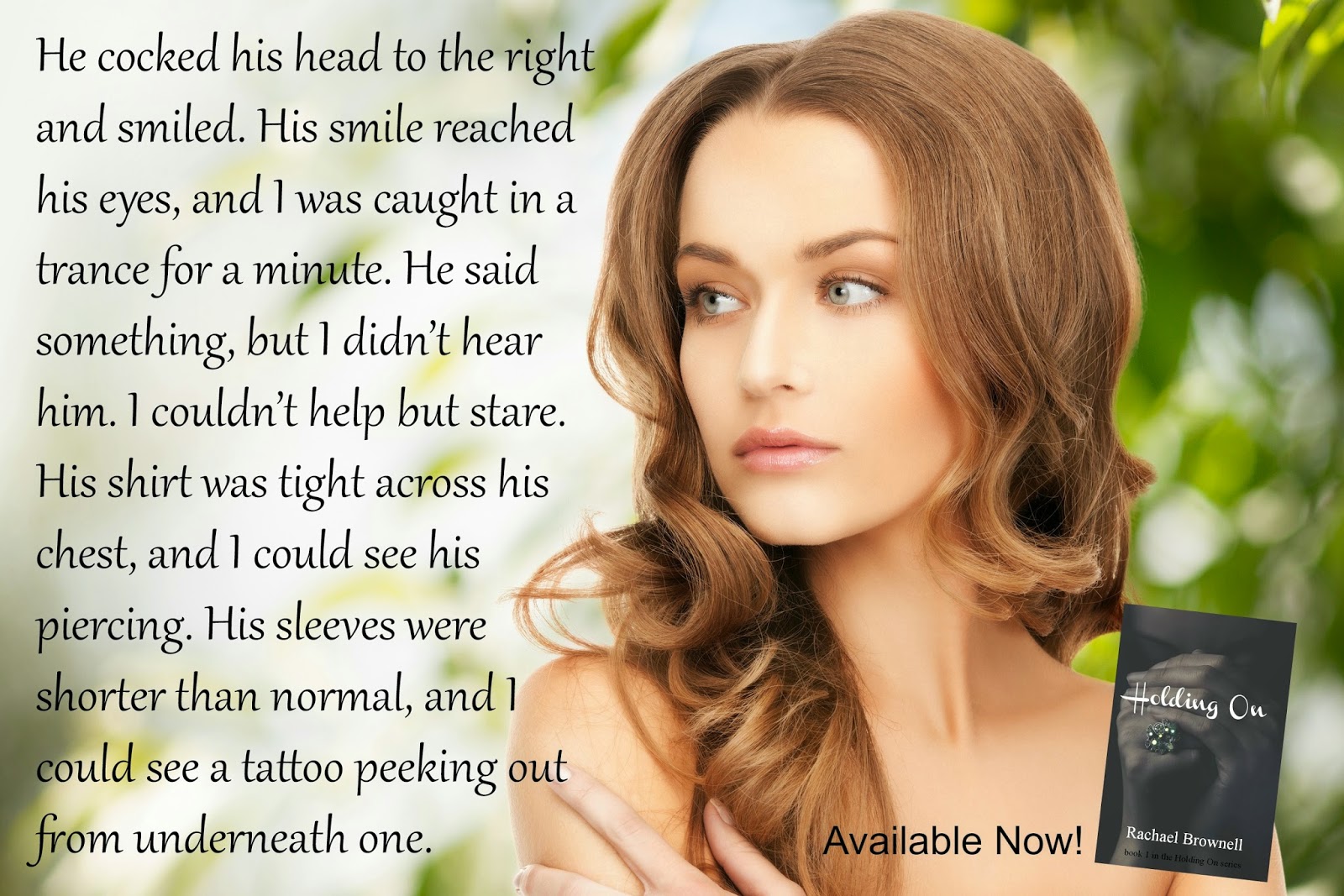 Kobo: http://store.kobobooks.com/en-US/ebook/holding-on-14
iBooks: https://itunes.apple.com/us/book/id879255847
B&N: http://www.barnesandnoble.com/w/holding-on-rachael-brownell/1117229555
Amazon: http://amzn.to/1ruTIca
Book trailer: http://animoto.com/play/vuHhABaKqhy5SZciswZF1A
Unglued (Holding On #2)
“Look in your heart Becca and tell me that you don’t love me and I will walk away but I need for you to say the words cuz I know that deep down you love me as much as I love you .“
Becca’s life has always been complicated when it’s come to choosing between the love of her life and her best friend.  Her decision was simple in the end: she chose to keep them both in her life.  That is, until Ethan is offered a job on another continent.  Does Becca move on in her life with Ethan or is she unable to give up Brad once and for all?  The decision is made for her but once she realizes that the wrong decision was made she attempts to right it.
Then tragedy strikes close to home.  Will Becca finally realize who was meant to be standing by her side or will she come completely Unglued? 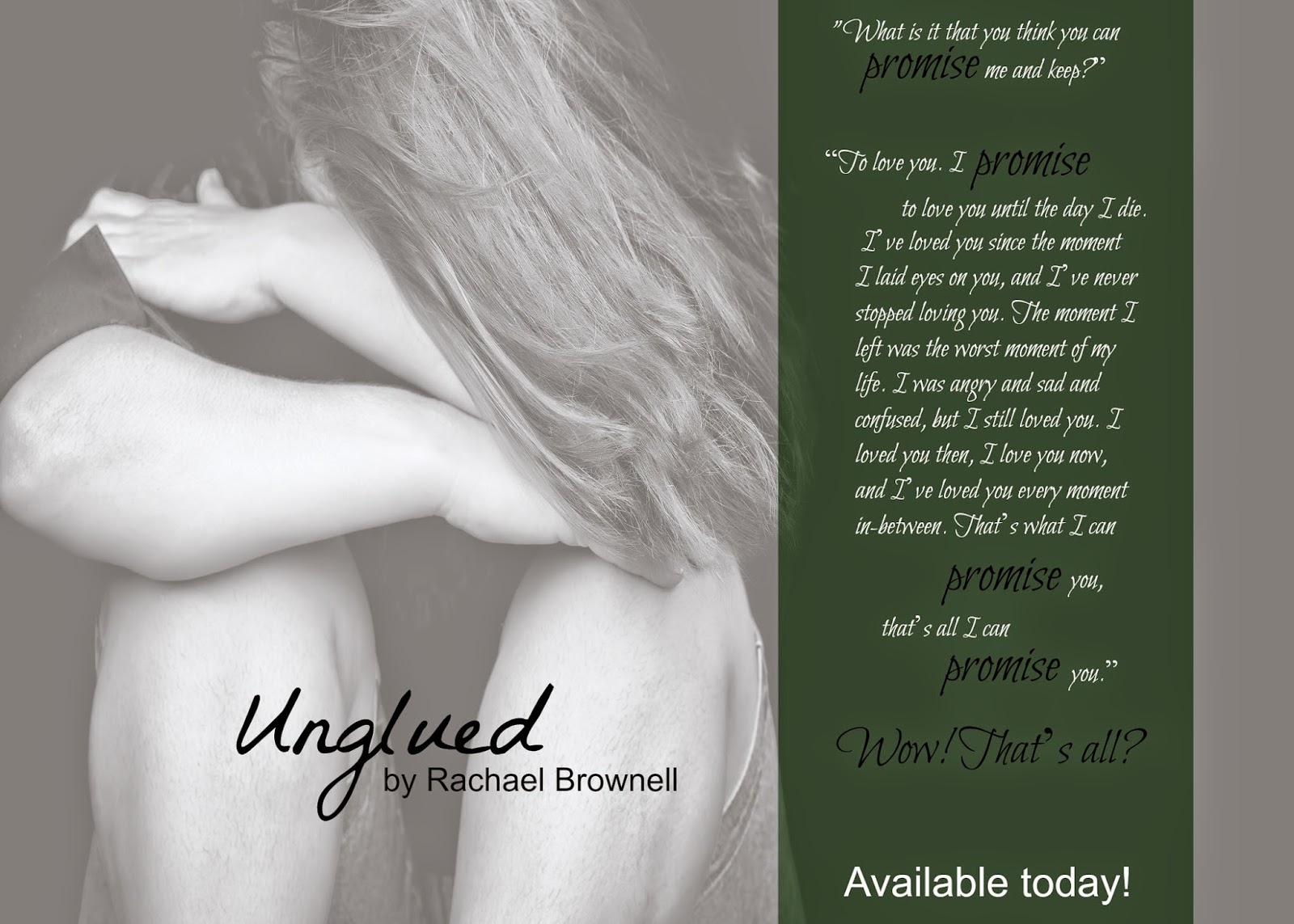 Kobo: http://store.kobobooks.com/en-US/ebook/unglued-3
iBooks: https://itunes.apple.com/us/book/id879527453
B&N: http://www.barnesandnoble.com/w/unglued-rachael-brownell/1118800546
Amazon: http://amzn.to/1qGmLTK
Book trailer: http://animoto.com/play/LAt1JAcTguWF0AbvyeQZJg
Weakness: Ethan's Novella (Holding On #3)
“I set her down, place my hands on her cheeks and kiss her like it’s the last time I will ever be able to.  I can hear our families talking in the background but I don’t really care.  She will be my wife soon enough.  She’s already carrying my children.  She’s my entire world.  I’ve felt an inner strength and an emotional weakness for her since the moment I laid eyes on her.”

Ethan and Becca’s relationship has been far from easy. In the beginning, Ethan had to fight to be with her. After Brad moved to town, he had to fight to keep her. When he walked away he was sure that he lost her.  Then Natalie died and he was given a second chance to prove his love to her.  Now, Becca is pregnant.  With twins!
Can Becca and Ethan hold on to the love that they shared? Or will the one secret that Ethan has kept from Becca be the reason their relationship falls apart… for good this time? A lie by omission is still a lie.
Ethan’s secret comes to light as the final chapter of their story is told through Ethan’s eyes.  The real question is… Will Ethan and Becca find their happily ever after? 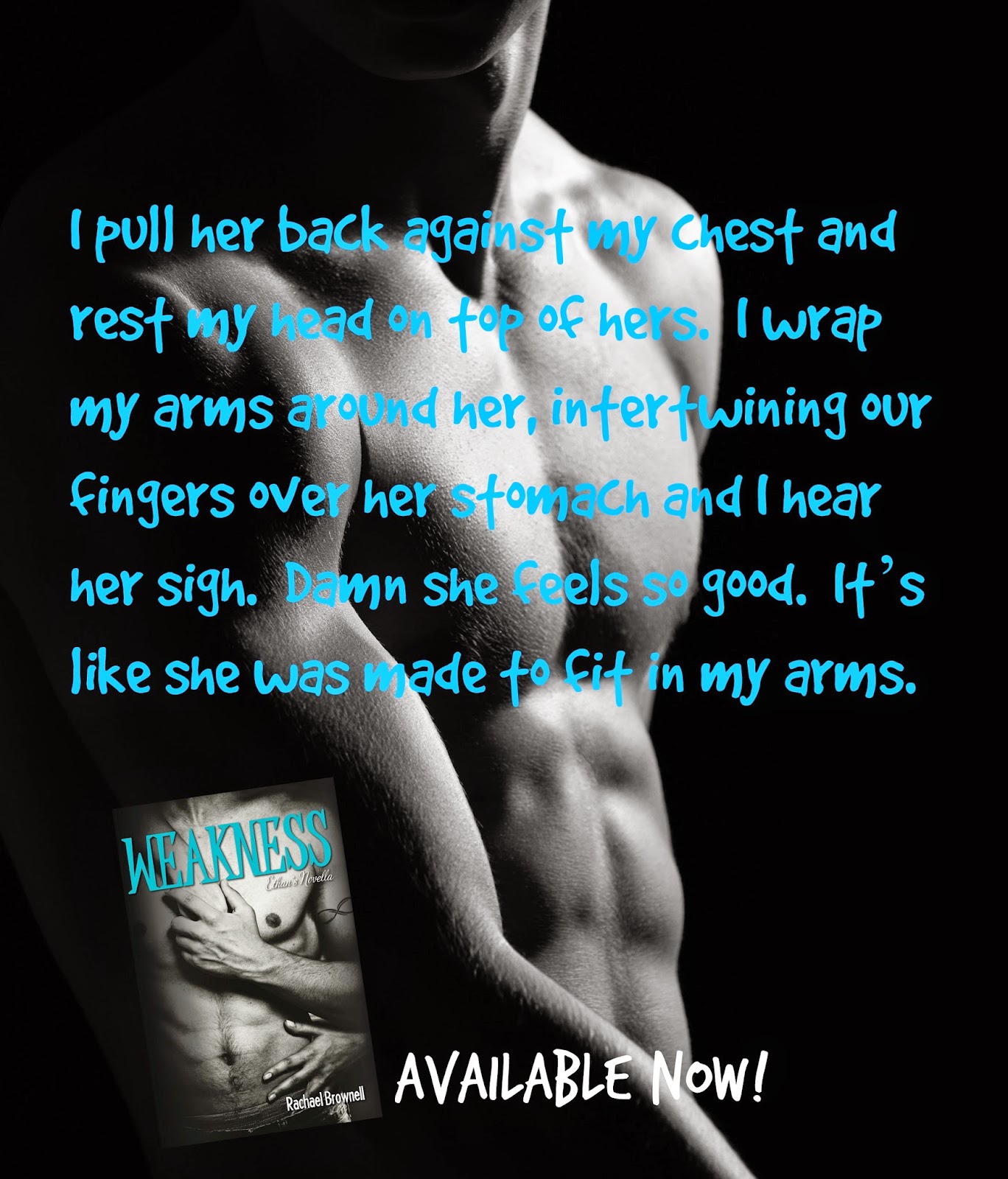 
A Secret Life
“I think you and I were meant to meet.  I think all of this was
supposed to happen.  You are my destiny.”

She never thought her life would be this complicated.  Or this dangerous.  Running from her past, Kat and her mom end up in a small Colorado town when Kat run’s directly into her future.  She changes everything about herself to try and blend into the background, to go unnoticed.  She pushes everyone away and erects walls around herself and her heart. As hard as she tries, though, Kat can’t seem to escape the pull Cam has on her.

Cam has never been so intrigued by anyone.  Not only is Kat the most gorgeous girl he’s ever seen but also the most mysterious.  She’s hiding something and he’s hell-bent on finding out what it is.  The only problem is she’s trying to shut him out which only furthers his determination to get close to her.

When Kat learns her past is catching up with her again she has to run, leaving Cam, and her broken heart, behind. 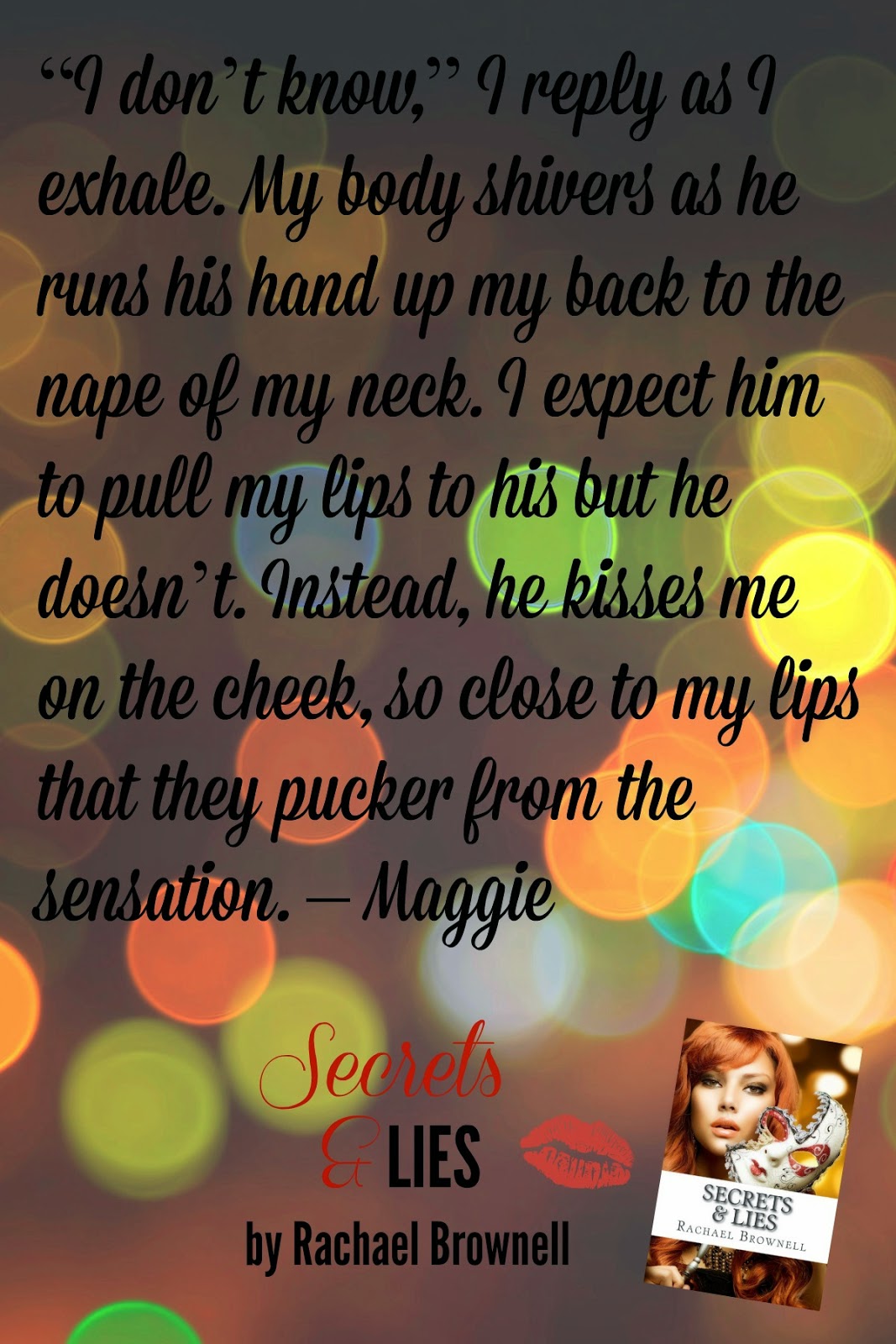 MAGDELYN BECKER lost her entire family when she was seventeen.  Ever since, she’s avoided relationships at all costs: personal, physical and emotional.  She doesn’t trust anyone and won’t allow herself to get close enough to create a connection.  It’s the way she is - take it or leave it.  Her new job as an FBI agent has her letting her guard down, and letting the wrong person into her life, her mind and her heart.
TAYLOR DONOVAN is sexy, powerful and dangerous for Maggie’s heart.  He doesn’t show emotion and can spot an agent a mile away.  The thought of her being an FBI agent is the farthest thing from his mind when he lays eyes on Maggie Becker.  She’s beautiful, sweet and brutally honest, and honesty is not something Taylor is used to in his business.  It’s her beauty which blinds him though, and it might be what costs him everything, including his heart.
No one can be honest 100% of the time, not even Maggie.  It’s her job to lie to Taylor.  It’s her job to break him down and then bring him down.  The only problem is she has to do it without Taylor realizing it’s happening.  After all, Taylor Donovan is supposed to be dead.  The FBI shouldn’t be looking for him. 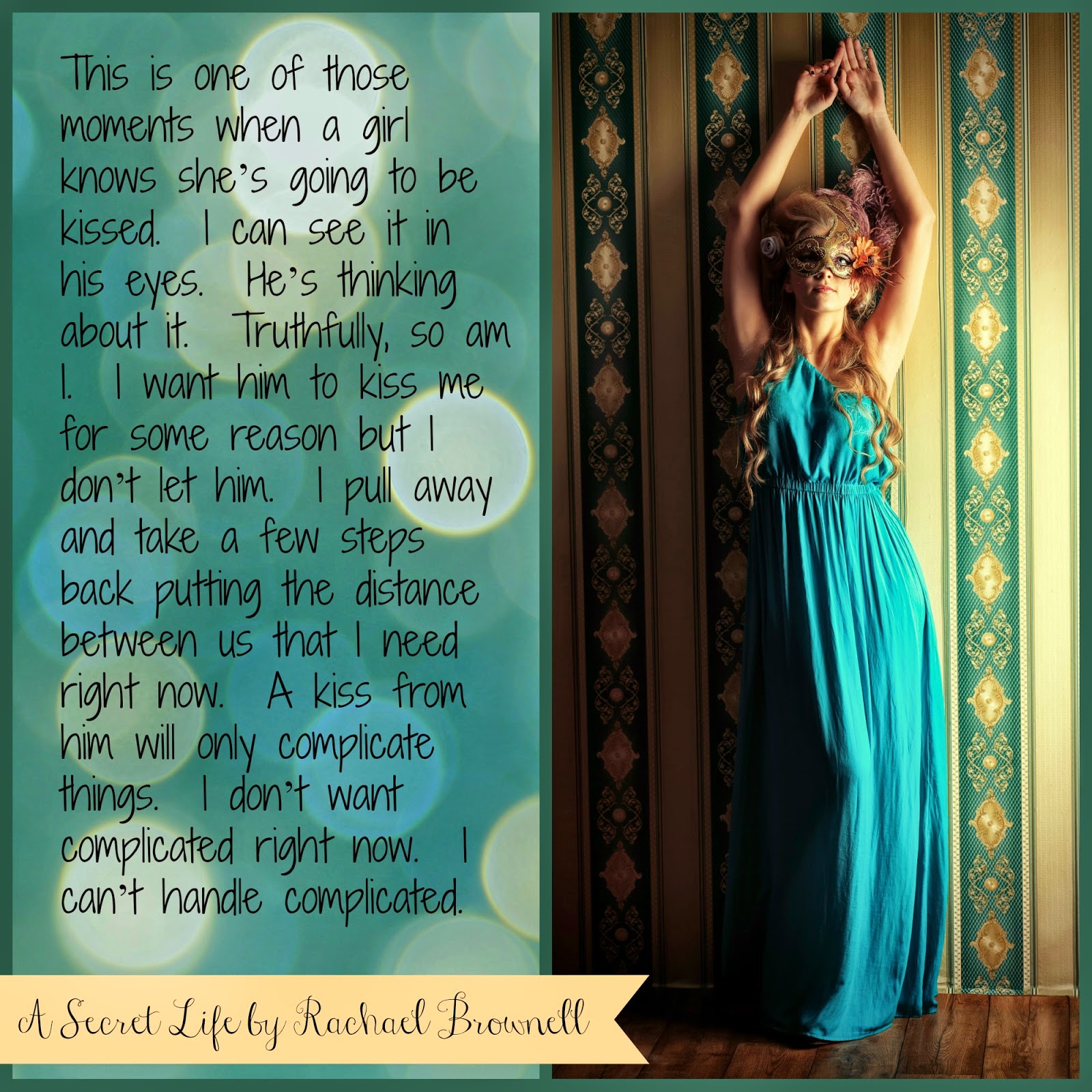 Bio:
Rachael Brownell is from Kalamazoo, Michigan where she lives with her son and boyfriend. She is an avid reader who enjoys scrapbooking and photography. She published her first book in November 2013 and now has six books out, her newest releasing today. When she's not writing, you can find her on the nearest golf course but look out, she's still learning.