Release Blitz for Taken to Kor by Elizabeth Stephens 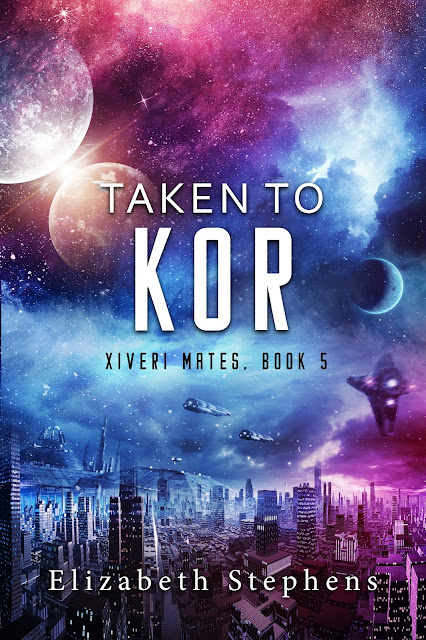 Deena
Rhork. He's a space pirate. The bad kind. But he's also been my only source of company for the past rotation that I've been held captive.
Halfway across the galaxy, I'm happy to have finally escaped and found more humans...well, I was.
But now, I'm not so sure that people are so much better than pirates. And I'm very sure that I'll need Rhork's help to get out of this. But Rhork thinks I'm a defective female because of my twisted leg. What if he's not willing to give it?
Rhork
Communicating with the human female for almost a rotation was, in retrospect, a poor choice. Now, she seems to be the ever-present voice in my head, distracting me, making me want things I shouldn't.
To make her a pirate.
To show her the universe.
And most of all, to keep her for myself.
Taken to Kor is a full-length (95k words), standalone, SciFi space opera romance featuring an alien pirate who looks like an alien and a plus sized heroine with drive and heart. Enemies-to-lovers who are also fated-mates are common staples of all Xiveri Mates books, which each end with their own special HEA. 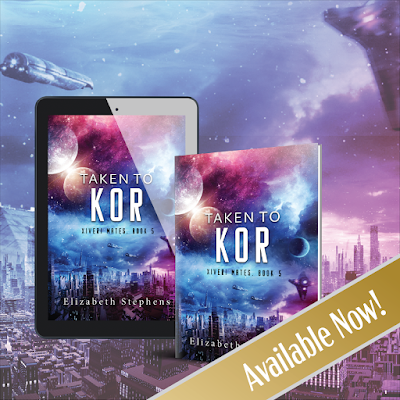 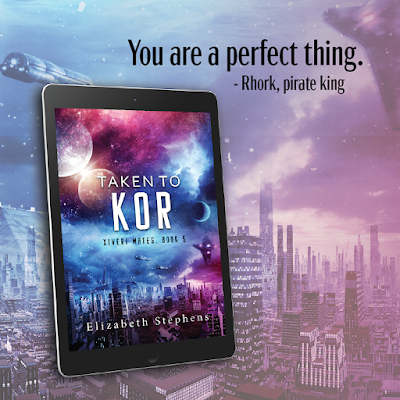 EXCERPT
I pat my tits, like I’m trying to make sure they’re still there. A new thought fires into my mind then and I actually manage to voice it. “The cuts.”
“Quintenanrret closed them, but don’t worry, he made sure not to erase the scars. You still bear them.”
“Scars…”
“Yes, I told you, you’d still have them.”
“What? Why?”
He looks at me like I’ve just asked him why there are stars in the sky. “Because if you don’t keep scars from the battles you fought, how will anyone know you fought them?”
“I…” He keeps watching me expectantly, clearly waiting for an answer. I can’t give him one. “I don’t know.”
“The correct answer is, they won’t.”
“Why do they need to?”
“To see your strength. On the outside…” His gaze sweeps my body salaciously, sticking every place it touches. The glue will leave a residue I know I’ll never be able to wipe away, mainly because I don’t want to. He called me beautiful once. When he looks at me like this, I imagine that he was telling the truth. 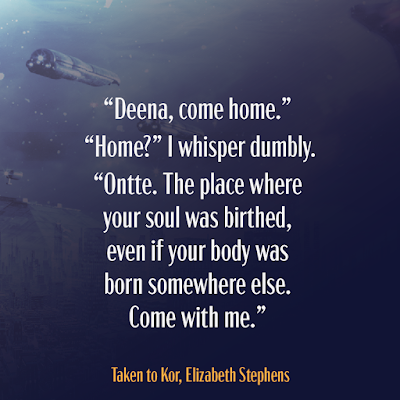 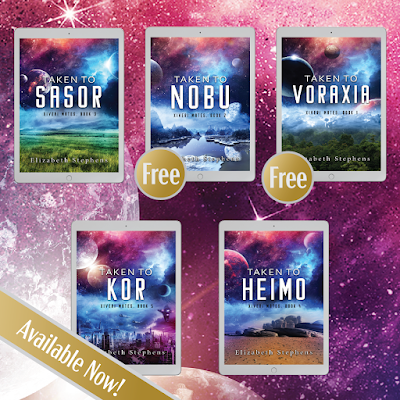 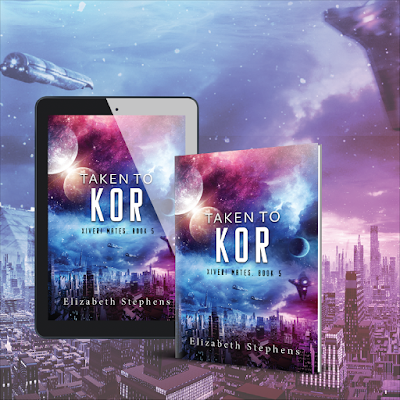 Elizabeth Stephens writes romance of the SciFi, paranormal and suspenseful varieties. Her favorite trope is enemies-to-lovers and she loves to world-build so much so that she sometimes gets lost in places that don't exist.
One year into her author journey, she's been shocked to see her books listed among Amazon's bestsellers in their categories. Still, her favorite pieces of fanmail are from BIPOC women expressing surprise and gratitude that they've found an author who looks like them and (does her very best!) to write books that make them feel included.
Other than writing, Elizabeth also likes to throw very exciting-looking pottery on her balcony in Berlin where she lives with her loving husband (who bought her said pottery wheel for her last birthday) and her doggo, King Louis. Though she's lived over half her life abroad, she still calls Seattle home.
To find out more about her projects and upcoming releases visit her website at booksbyelizabeth.com. 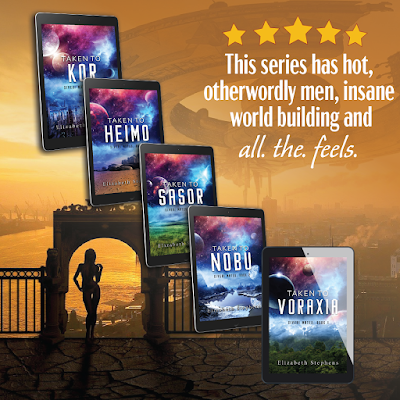