Release Blitz for The Long Way Home by Laura Farr 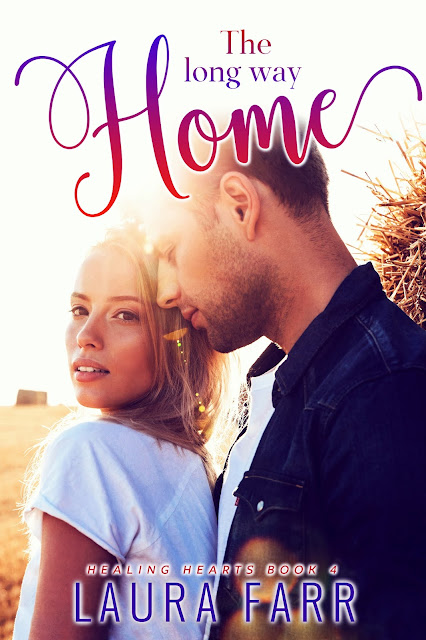 Life as a single dad is tough, and when Jack Davis gets the chance to spend a couple of months on his family’s ranch in Texas, he doesn’t hesitate. Within hours of arriving, he meets Aria Stanton, the ranch’s horse trainer. He’s drawn to her in ways he can’t explain, but falling in love with someone who lives on the other side of the world isn't something he planned on, especially when he knows he can’t stay.
Aria never expected to fall hard and fast for Jack and his adorable son. In an attempt to guard her heart, she fights their undeniable connection, knowing if she gives in to her feelings, she’ll be picking up the pieces of her broken heart when he leaves. Love has other ideas though, and she’s soon in deeper than she’s ever been.
When Jack’s past collides with his present, lies and deceit threaten to tear them apart. Will Aria have what it takes to hold on to their love when she’s the only one able to fight for it, or will they both end up heartbroken? 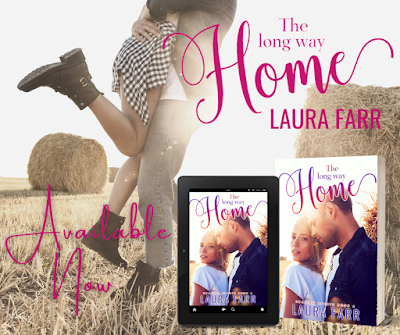 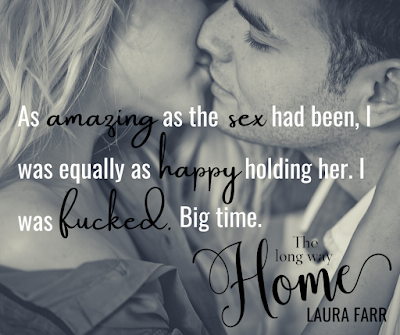 EXCERPT
“Tonight was fun, right?” he asks as he takes another pull of his beer.
“Yeah, it really was,” I agree.
“Well, you’ve definitely come away from tonight with one admirer, that’s for sure.” He chuckles and bumps his shoulder with mine.
My cheeks flush and my stomach flips. “I have?” I ask quietly, my fingers playing with the stem of my wine glass.
“Yeah. Jacob adores you.” My heart sinks when I realize he’s not talking about himself. Of course he’s not, why would he? We only met a few hours ago. “I’ve never seen him so comfortable with someone he’s only just met. You must be pretty special.” Despite my initial reaction to his comment, my heart warms thinking Jacob likes me.
“I’m not sure about special. I think I won him over with my car playing skills.” I chuckle as I turn to look at him. “What can I say, I’m a big kid at heart.”
“I think you’re pretty special.” His voice is low and I barely hear him over the noise of the television. “You definitely won me over.”
“I did?” I mutter, my eyes finding his.
“Yeah, the second I saw you.”
“Oh…” I reply, not knowing what to say. He puts his half-empty bottle of beer on the table in front of us and reaches for my glass, setting it down next to his.
“Do you think I could kiss you now? I might go mad if I have to wait a minute longer.”
My eyes widen in surprise. No one has ever asked if they can kiss me before. I don’t know if it’s his British accent or whether it’s just because it’s him, but I’ve never heard anything sexier.
“Well, I wouldn’t want you to go mad because of me,” I whisper, my eyes already dropping to his lips. Despite only meeting a few hours ago, I’ve thought a lot about how it would feel to kiss him. My heart pounds in my chest as he turns to face me on the sofa, his hand snaking into my hair. His palm cups my face and his thumb gently strokes my cheek. As he lowers his mouth toward mine, I close my eyes. When I don’t feel his lips a few seconds later, I open one eye, only to see him staring at me.
“What’s wrong?” I ask, self-conscious I have lasagna from earlier around my mouth.
He shakes his head. “Nothing. I just wanted to remember this moment.”
His lips crash against mine before I have a chance to say anything, and I find myself tugging on his t-shirt in a desperate attempt to get as close to him as possible. His tongue swipes across my bottom lip, and I open to him. It’s the most perfect kiss I’ve ever received, and my whole body feels alive. My fingers leave his t-shirt as my hands trace up his toned chest and over his shoulders, my fingers finding the hair at the nape of his neck. In one swift movement, he’s laid me on the sofa, his body over the top of me. His weight presses me into the cushions, and I can feel his erection against my thigh. I shamelessly raise my hips to try and find some relief for the growing ache that’s building between my legs. When I grind against him, he moans into my mouth, and that turns me on even more.
“God, Aria,” he says against my lips as he pulls out of the kiss and rests his forehead on mine. “We’ve got to stop.” His breathing is labored, and I’m panting too. “If we don’t, I’m going to take you right here on this sofa.”
His words make the ache between my legs even stronger and I tilt my head, capturing his lips with mine. I pepper kisses around his jaw and my lips come to a stop by his ear. “You know that turns me on even more, right?” I whisper, nibbling gently on his ear. 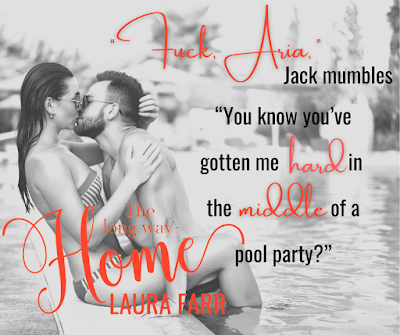 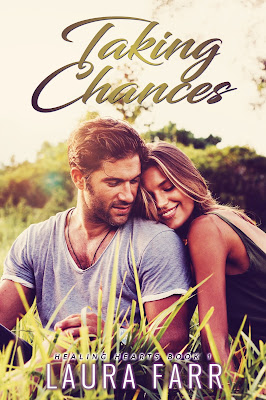 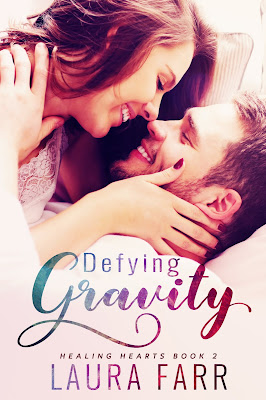 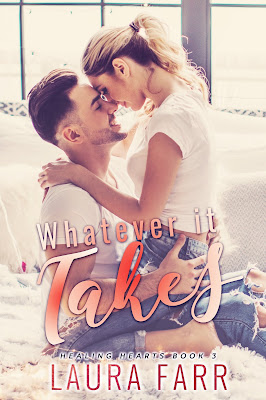 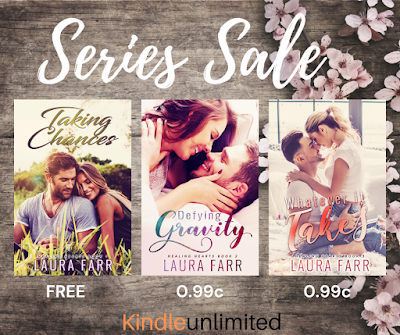 Laura Farr lives in Shropshire with her husband and two children. When she isn’t working, or being a Mummy she is pursuing her dream of writing.
She is a romantic at heart and loves nothing more than writing stories with a happy ever after, even if there is the odd chapter of angst thrown in! Her desire to write came from her love of reading and when she isn’t writing you will find her attached to her kindle or spending time with her family. 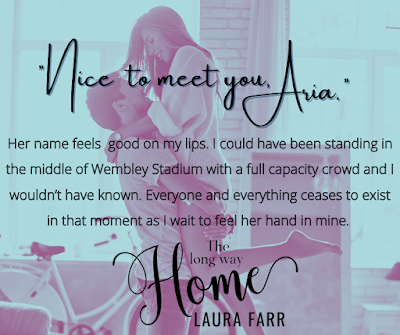