Release Blitz for Braving His Past by Patricia D. Eddy 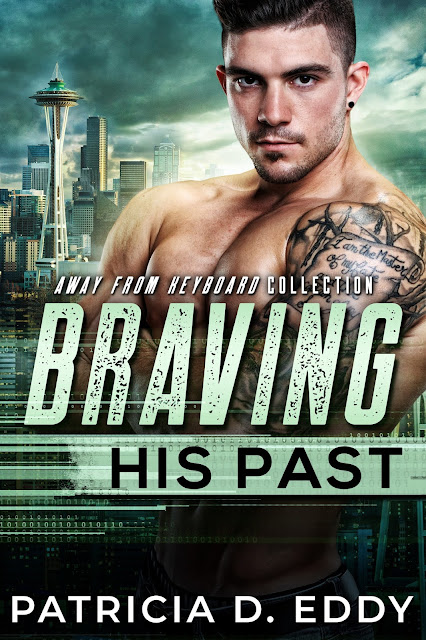 Graham Peck had his life planned out. Serve in the Coast Guard like the rest of his family. See the world. But an innocent New Year’s kiss—with another man—leads to a vicious attack that forces him back into civilian life. A life he has no idea how to navigate.
Until he hooks up with a group of deadly, battle-worn soldiers. They don’t care who he loves—as long as he stays on mission.
Quinton Silver can’t make it down his front steps. Not since the man who was supposed to love him turned out to be a monster. Inside, hiding under an assumed name in a city halfway across the country from his deranged lover, he’s safe. Even if he is alone.
Desperation leads to a chance meeting, and while Graham and Quinton have every reason not to trust one another, they’re drawn together by an unstoppable force neither can control.
Can they heal one another? Or will one wrong move lead Q’s stalker right to his door?
Braving His Past is book 8 in the award-winning Away From Keyboard series. This M/M romance features some sensitive themes, including recovery from physical and sexual assault. While characters from other books in the series make appearances in this book, it can be read as a standalone. 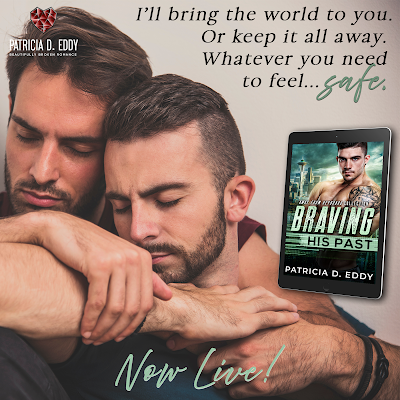 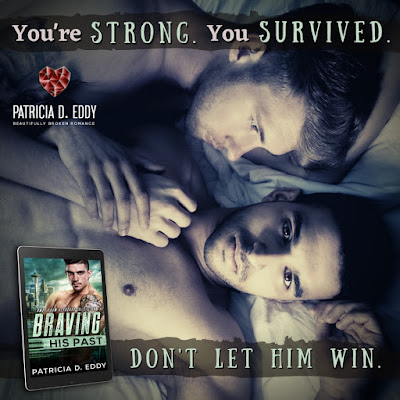 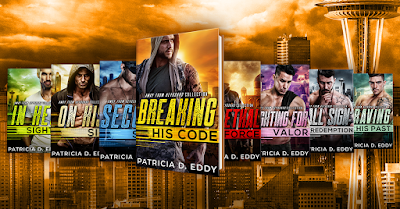 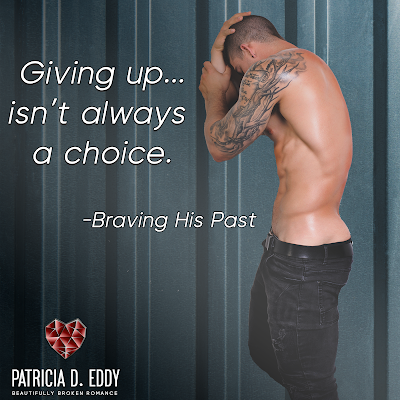 Patricia D. Eddy writes romance for the beautifully broken. Fueled by coffee, wine, and Doctor Who episodes on repeat, she brings damaged heroes and heroines together to find their happy ever afters in many different worlds. From military to paranormal to BDSM, her characters are unstoppable forces colliding with such heat, sparks always fly.
Patricia makes her home in Seattle with her husband and very spoiled cats, and when she’s not writing, she loves working on home improvement projects, especially if they involve power tools.
Her award-winning Away From Keyboard series will always be her first love, because that’s where she realized the characters in her head were telling their own stories—and she was just writing them down. 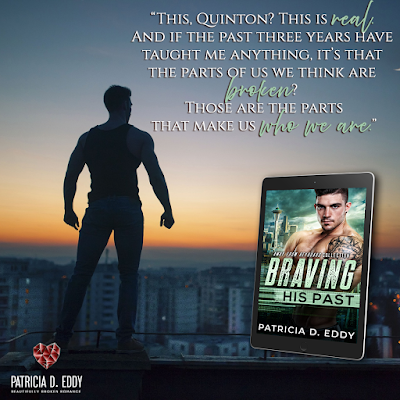