Release Blitz for The Perfect Hero by Anna Bishop Barker 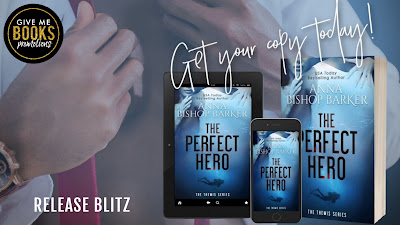 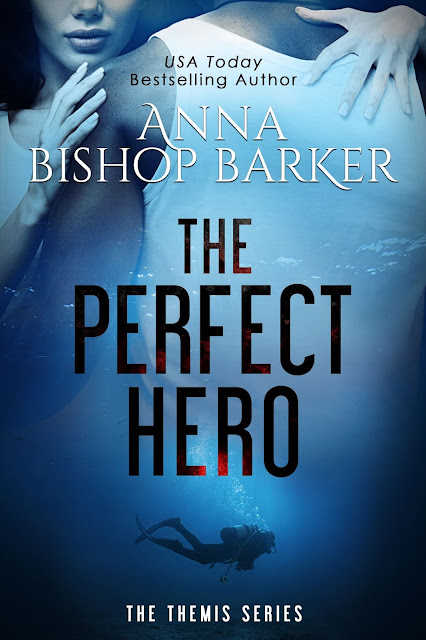 The Perfect Hero – Book 1 of The Themis Series
Hired to follow a trail of blood, bodies, and madness, Logan Pressley and the Themis Group are looking for a killer. Not just a killer—The Slayer.
Logan is not looking for a woman. At 45 years old, he has had enough of humanity, and wants no part of the myth that people call love.
Starting a new life, Maggie Robertson is not looking for a hero. Hell, she’s not even looking for a watered-down version of one. Romance, she has found, is a wasted phenomenon for the young, and the days for being swept off her feet are long past.
Then there was that one-night stand. The night Logan and Maggie lost themselves in each other. In that single night, all the carefully laid rules were broken.
~~
Themis, the Titan goddess of justice. The purveyor of divine law and order.
The men and women of The Themis Group have a singular cause - to bring justice and closure to those who have lost hope.
But while they are united in mission, they all have their reasons for being with a private investigation firm that straddles the converging lines of crime scene science, traditional investigation, and mainstream law enforcement. Some do it for the thrill. Some do it for the satisfaction. Some do it because they are compelled.
But each member of the team is looking for something they will never find in the work they have chosen.
ADD TO GOODREADS 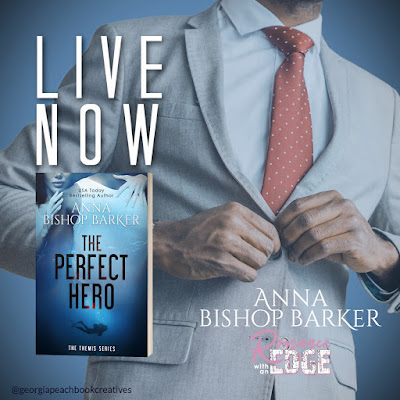 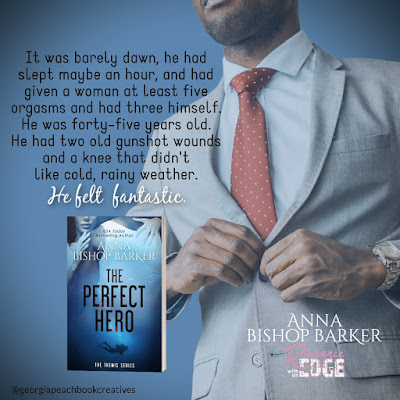 EXCERPT
She went back to studying her wine glass. “Well, after Mark was taken, I kind of went off the deep end a little.” She didn’t look at him. This was hard enough without seeing his face while she pushed through. “I became obsessed with protecting him, and part of that was falling down a rabbit hole of internet horror and bad guys.” She didn’t elaborate on how far she had fallen and how hard it had been to crawl out.
“You blamed yourself.” It wasn’t a question.
She met his eyes and the expression in them, the gentleness mixed with something she couldn’t exactly name, made the back of her eyes prickle.
“Yes.” she whispered.
It took a couple of minutes before she could resume, but when she felt she had command of her voice again, she continued. “Sam suggested that I turn what I was going through into something constructive. I was already pretty disillusioned with teaching.” She paused and considered her wording. “No, not disillusioned, exactly. I was burning out, though. And during my trip in the dark, I found I had a fascination with following trails and putting puzzle pieced together.” She grinned slightly and shrugged. “And I always had a girl crush on Clarice Starling.”
She had tried to lighten things with her last sentence. It didn’t work. He looked at some point over her shoulder and repeated her words. His voice was flat.
“Your trip in the dark.” He paused. “I had a trip in the dark.”
“Tell me.” 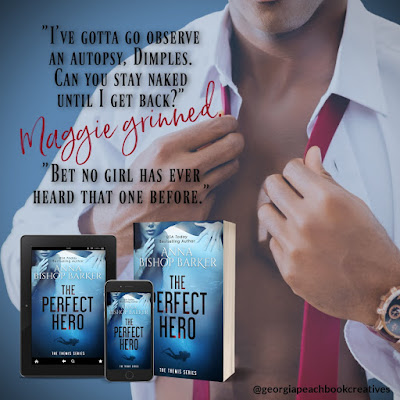 I was born in Kentucky and raised in Florida, so I am a southerner through and through. Since I was old enough to pick up a book, I have been a voracious reader. I wrote the usual poetry and short stories in high school, and I kept the dream of writing in the back of my heart until opportunity and encouragement helped me to realize that dream.
I live in Tampa with my kids, grandkids, dogs, various other livestock, and way more books than is strictly healthy.
Hot Romance.
Suspense.
Humor & heart.
Grown up stories for grown up people. This is what I write. There's food, music, dogs, the occasional geek reference, and quite possibly an inappropriate joke. There will likely be dead bodies as well.
Three random facts about me:
1. I was bitten by a shark when I was 14.
2. I have read War and Peace. (When I get to the afterlife, I am demanding that week of my life back. Sorry, Tolstoy.)
3. It is my sincere belief that any situation can be improved by eating some cheese.
My live philosophy is this - guard your inner peace and read dirty kissing books.
AUTHOR LINKS 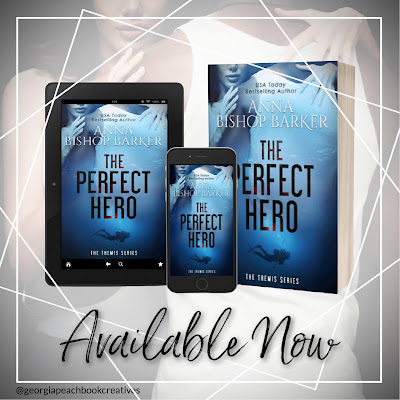