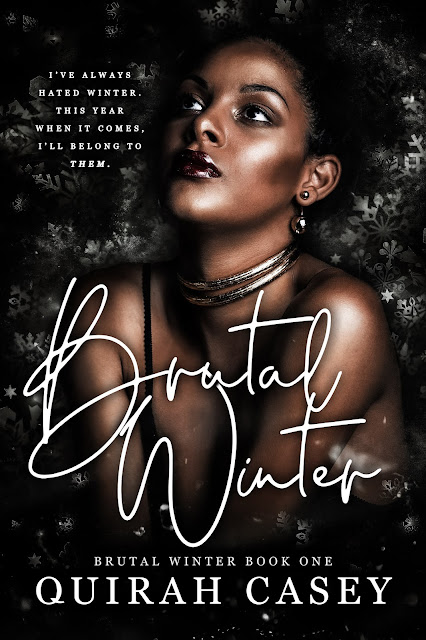 I’ve always hated winter. This year when it comes, I’ll belong to them.
When you sign your soul over to the devil, there are no take backs.
I knew the terms of the contract when I signed it.
For one year, my life isn’t mine.
For one year I am to obey, to be seen not heard.
For one year I’m theirs, mind, body, and soul.
The bodyguard. The fixer. The maniac. The boss.
Four men on a path to ruin me.
I may be theirs for a year, but the damage they plan on doing to me will last a lifetime. That’s if I even survive, because between the family and their enemies, the odds of me even making it past the end of winter are low.
This is the first book in a dark reverse harem contemporary romance series that will contain explicit language and graphic scenes. This series will contain triggering material such as dub con and non con. It is not for the faint of heart. 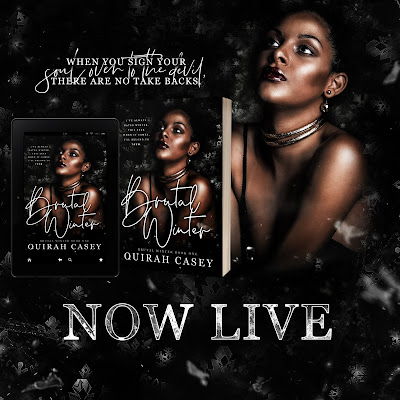 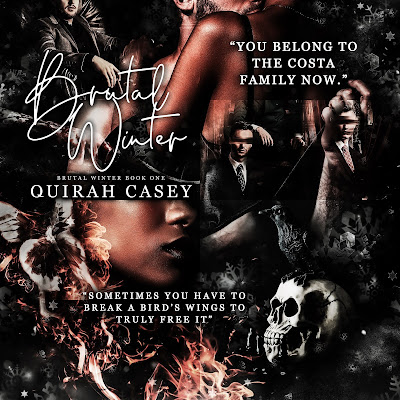 EXCERPT
All the monsters I've survived and this one is going to be the one to destroy me.
Richard gets out of the car, slamming the door behind him as he rounds the hood to come stand beside me. I move away from him when he draws closer not wanting any false comfort or sympathy. If he so much as tries to hug me, I may completely flip out on him in this alleyway. I may say fuck it and let them kill him for my own freedom. And yet there's no promise that they won't take me anyway. I did sign a contract after all. Even if the legal capacity of that contract is in doubt.
I glance up at the sky, anything to not look at the car idling feet away. There's not a single star in the sky tonight, as if even they knew to hide with the monsters out.
A car door opening catches my attention, making my body tense up even more. I continue to stare at the sky for a moment longer, but knowing that ignoring what is happening around me isn't going to actually help, I finally drag my gaze back to reality.
The driver’s door of the car is open and there's a bulky man, maybe just an inch over six feet, standing beside it. He almost looks like a bear with how wide broad he is. He slams the door shut before moving to the back door and pulling it open. It feels as if there's a momentary pause between the man opening the door and another man actually getting out of the car. Though I know in reality that it's only seconds. A tall frame folds out of the car, and as the man comes into view, my heart stops beating.
Giovanni Costa.
I've never met the man before, but even if I didn't know that he now holds the contract to my life, I'd be able to recognise him. His reputation precedes him. The man radiates a power and dangerous energy that not many can impose. His black hair hangs just past his ears, a slight curl to the locks. His shoulders are broad and even with a coat on, I know that he's packing a lot of muscle. His tan skin complements his hard angular face. Pink lips pulled into a frown that I can see even from all the way across the alleyway.
The other man closes the door before letting Giovanni move in front of him.
Giovanni's steps are long and calculated, each step imprinting a footprint in the white snow.
He'll leave imprints on my soul next.
And unlike with the snow, the marks won't blow away with the next breeze, it'll be permanent. 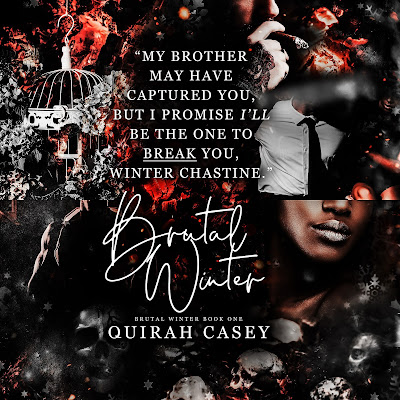 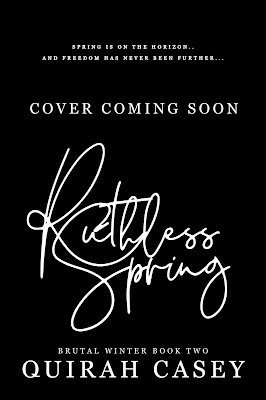 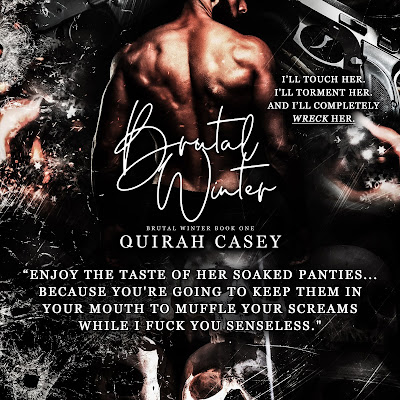 Quirah Casey is a young author with more dreams than she’s capable of handling, but that doesn’t keep her from trying to make them come true. She writes any and every genre of romance with characters of all races and sexualities. She rarely sleeps and she lives off of Starbucks. For some reason, people keep leaving their kids on her doorstep, and she keeps taking them in. Otherwise, there are no kids or fur babies in the picture for her. You can typically identify her from her huge, colorful afro, lip ring, shorts, leather jacket, and shit kickers that get her crazy looks in north Louisiana.
AUTHOR LINKS
FACEBOOK
FACEBOOK GROUP
INSTAGRAM
AMAZON
BOOKBUB
Posted by Gia Guido at 8:17 AM