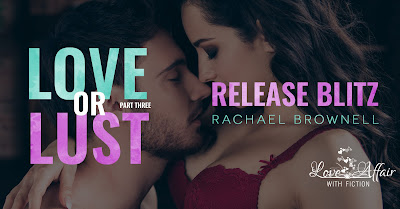 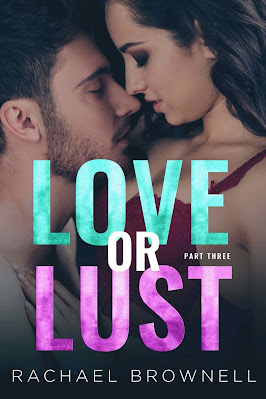 The Love or Lust Trilogy is now complete!

I’ve made my choice. But with two weeks left to go, the game isn’t over, and anything could happen.

The competition is heating up, lines are being crossed, and I’m pulling out all the stops to get what I want. To be the one left standing with the man of my dreams by my side.

Lennon and Jace are both still after my heart. The final prize. Love.

I may not have come here for a second chance at love, but that’s what I found. Now to find a way to hold onto it until the cameras stop rolling.

But reality isn’t always what it seems, especially on TV. And now that my heart’s on the line, the stakes have never been higher. 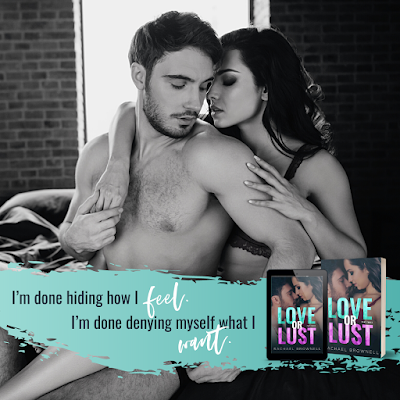 He didn’t ask for permission. He commanded the kiss. His actions demanded I kiss him back. And I did.

Without a second thought.

His kiss stole my breath at first, but then I gave it willingly until my chest constricted so tightly I had to pull away.

I’d never been kissed like that before. By anyone.

And I liked it.

I liked that he took charge. It made me wonder if he was like that in all aspects of his life. His stature alone can be intimidating. His mere presence has me turning my head to look at him. I imagine women fall at his feet, and they don’t know anything about him.

They want to, though.

It’s his eyes that give him away. I can’t look into them and not see the sweet man beneath their gaze.

And when I finally found the strength to pull away from him last night, I couldn’t help but get lost in them. Then, for a brief second, I let myself fall. Because it could have easily been him.

He wasn’t the one who crawled into my bed last night. It wasn’t his arms that were wrapped around me when I woke up. His body pressed against mine in the shower. His name I was screaming as I came undone.

Yet I can’t shake the vision of his gaze from my memory.

I also can’t keep Courtney and Teegan’s words from tormenting me.

Telling me I couldn’t have both of them. That it was unfair to everyone else.

As if I planned to put myself in the middle of a freaking love triangle.

Still, every moment I spend with Lennon or Jace has their words echoing through my mind.

Am I being selfish?

Even though I made my decision.

And shared that decision with both of them.

Made sure I was clear about what I wanted. Who I wanted.

Does it mean I’m cheating at the game if I don’t push him away? If I let him kiss me and then kissed him back? 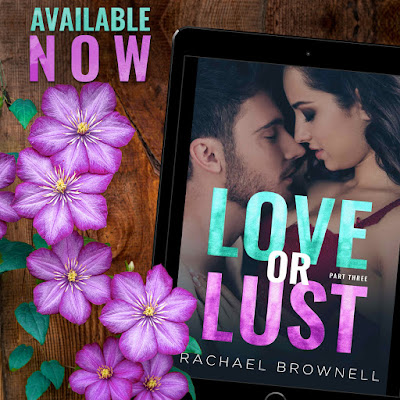 This one is part 3 and it must be read in order.  This one picks up where the last one left off.   In this one, secrets are revealed and more contestants leave as the show comes to an end. So in part 2, Presley picks one she wants but I wasn't completely sold on her pick and hoping that she didn't have to pick but in this one I so happy with her pick and how it turned out.  I loved this series.