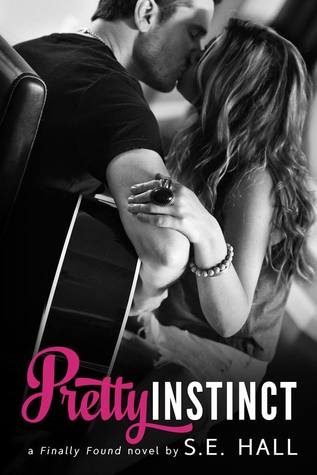 “If opposites attract, then I am nothing. Because you, you are everything.”

There’s no easy road traveled to such an intense sentiment, one I never dreamt I’d feel…

But I also never planned on Cannon Blackwell climbing aboard my tour bus.
Review By Guest Blogger Angela:

Elizabeth Carmichael is a musician who is traveling the states with her two best friends, Rhett and Jarret, her brother Conner, and uncle.  While they had stopped at a road side park one day, they look up and find Cannon Blackwell right in front of their eyes.  He's carrying a guitar, and doesn't seem to be attached to anyone.  He is the answer to their prayers, and now he has to be convinces of that.

Lizzie Carmichael is a musician who's had an intense personal tragedy affect her every day life. Cannon Blackwell is at a crossroads on his life. Standing at the road side park while contemplating what to do, he looks up to find Lizzie. Instantly they both feels things they cannot explain.   Cannon seems to see inside Lizzie's head, and Lizzie wants to know more about Cannon.

I truly loved this book. SE Hall has done it again!  Her characters are SO real and genuine that you can't help but feel drawn to them and connect with them so easily. I can not say much more about the other characters in the book because it will only give too much away!  I want to know more about Conner, and Rhett, and Jett!

Cannon is a First Boyfriend Lovers' dream!  He's in nice and sweet. Yet, he has another side of him that will make you want to give it up!

Conner is a sweetheart that you will not be able to resist!  (after you read this book, you will see why I say this!)

And Rhett and Jett are two people you can count on, even though they have their own faults!

“If opposites attract, then I am nothing. Because you, you are everything.”
There’s no easy road traveled to such an intense sentiment, one I never dreamt I’d feel… But I also never planned on Cannon Blackwell climbing aboard my tour bus.


I would recommend this book to anyone!  It has a great story, and wonderful characters that will reach out and grab you!  And as for why Lizzie would have never planned on Cannon climbing aboard her tour bus..... Well, I'll never tell! ~A
Posted by Gia Guido at 7:00 AM