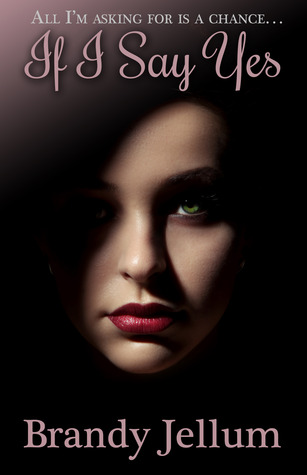 by Brandy Jellum
Elizabeth Lewis was the child of Hollywood’s darling couple, until her father murdered her mother.

Six years later, she has traded her flashy, luxurious lifestyle for one of safe anonymity as a literary agent. With a different name and appearance, Liza Winter is living the life of her dreams—one where she’s known for who she is instead of what her father did. Except her apartment should be condemned, her car only starts when it wants, she hates the romance genre she has been assigned, and the CEO’s deliciously attractive nephew is out to ruin her carefully laid plans.

Reid Harder has never met an obstacle he couldn’t overcome. When his new position in the romance department comes with a benefit his uncle didn’t mention, he decides to wage a war against the intelligent, beautiful Liza to destroy every argument she has for turning him down. Still, the closer he gets to winning the prize, the more he realizes that the woman is keeping secrets that may endanger not just her life but his.

Will Liza overcome her mistrust of Reid to reveal her secrets before he learns the truth and walks away? Or will a grudge-wielding apparition from her past make her the next deadly Hollywood headline?

Brandy's passion for writing began long before she actually sat down to write. As a child, she has had an obsession with reading. Everything from the classic stories by Jane Austen to YA Fiction by Richelle Mead. Finally, in 2012, she decided to create her own stories for people to fall in love with. Brandy bounces back and forth writing both Young Adult Fiction and Romance.

When she isn't writing, she can be found chasing after her husband, her four children and her black lab Diesel. Or curled up on her favorite corner of the couch with her newest book.
Follow Brandy on Social Media:
http://www.brandyjellumbooks.wordpres...
https://www.facebook.com/BrandyJellum
@Brandy_Jellum(less)
Posted by Gia Guido at 9:00 AM