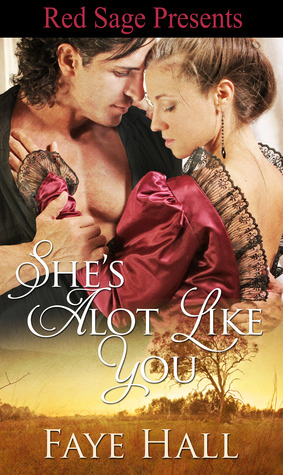 Willow Jameson knew nothing of her family’s past or their connection to the Morgan family when she first met Re Morgan.  All she seen was his ruggedly handsome appearance, his gentle words luring her into his strong embrace.  What she found was a passion beyond compare.
She couldn’t have foreseen the lies and family betrayal that would inevitably rob her of the man she loved and forever change her life.
TEN YEARS LATER
Willow returned to the town life she loved so much, no longer ignorant to those who had separated her from the man she’d loved.  She was back now to make those responsible pay for all they’d taken from her.  In her search what she found was the hardened man Re Morgan had become…
…a man whose mere glance reignited a passion she had thought long since forgotten.
Re Morgan had left a horde of jilted lovers in his trail.  When he seen Willow again across the crowded dancehall, he wanted nothing more than to add her to this list.  Re wanted little more than a short, heated affair.
What he became involved in was far more scandalous than he could have ever imagined.
EXCERPT
Willow stood with her back to Re, never able to see his approach.  She didn’t even see the look of horror on his face...nor did he see the gleam of tears on her cheeks.  All he saw was her being held in Chris’s arms, her body only a breath away from his.  It was a closeness he knew was far from accepted in polite society.
It was a closeness he shared with her...had thought to only share with her.
Looking to his friend, Re silently pleaded with him.  He needed to hear him say it was all just a misunderstanding.  He needed him to put at ease the quickly growing doubt in his heart.
But he didn’t hear any of this.  All he saw was the obvious lust gleaming in the young man’s eyes.
Chris cocked his brow, as if it was obvious their reason for being together.  When Re looked at him, begging to know the truth, Chris’s smile turned into an obvious sneer.
Slowly, he shrugged his shoulders.
“How could I refuse?” he muttered, his words almost a whisper.
Hearing this short statement through her distress, Willow knew someone had found them.  Raising her tear-covered face from Chris’s shoulder she tried to free herself from his unrelenting grasp.  Realising her struggles were useless, she turned in his arms to see who had approached them.  Only too late did she realise just how suggestive her position would look.
Her eyes’ meeting the hurt and pain in Re’s eyes, Willow knew instantly what he was concluding of what he was seeing.
“Re,” she whispered, almost desperate.
His dark stare turned hateful.
“Damn you both to hell!” he spat at them, immediately turning back to make a quick return to the estate house.
“Re,’ she again called after him, struggling against Chris’s tight hold.
Author Bio:
Faye Hall's passion driven, mystery filled books are set in small townships of North Queensland, Australia during the late 1800's.

Each of her novels bring something symbolically Australian to her readers, from Aboriginal herbal remedies, to certain gemstones naturally only found in this part of the world.

Each of her books tell of a passionate connection between the hero and heroine, surrounded and threatened by deceit, scandal, theft and sometimes even murder.

These romances swerve from the traditional romances as Faye aims to give her readers so much more intrigue, whilst also revealing the hidden histories of rural townships of North Queensland.

Faye finds her inspiration from the histories of not only the township she grew up in, but the many surrounding it. She also bases most of her characters on people she has met in her life.


Faye was able to live her own passion driven romance, marrying the love of her life after a whirlwind romance in 2013. Together they are raising their 9 children in a remote country town in northern Queensland, Australia.