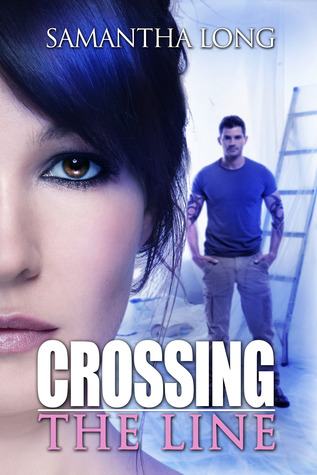 by Samantha Long
Victoria doesn't have time for love after a bitter divorce. She's too busy. Her twin daughters are approaching puberty and her interior design business is expanding. So when Nick enters her life, she has to remember why she's too busy for a little lust. Which is difficult considering he's the contractor hired to redo her office. Besides, his tattoos and MMA past make him a poor candidate for a woman who's trying to level out her life.

Nick thinks Victoria's hot but doesn't want to get involved with a woman who has kids, much less one that's been hurt by a man. Too much baggage. He's sworn off relationships, tending to stick with one-night stands. Victoria is a client, one he doesn't want to cross the line with, but the more he's near her, the quicker his resolve weakens.

When Victoria finished getting ready she glanced around the house and saw that her sisters had lit the candles on her mantle and coffee table. Her face heated. What were they trying to do? She hurried to the first one and blew it out. She went to blow out the second and the doorbell rang. "Crap!" She rushed, blowing the rest out before going to the door.
"Hey." Nick held out a single stargazer lily when she opened the door.
Victoria bit her lip to keep her smile under control. "They're my favorite. How'd you know?" He looked amazing.
"Addie. She took my number from your phone and said that maybe it would soften you up."
"Oh." Somehow that didn’t diminish her happiness over the flower. She had to remind herself that he was here for answers. He followed her inside and she put the flower in a vase and set it on the mantle. She prayed he wouldn't notice the smoking candles. "Addie's such a bitch." She laughed at her sister's meddling.
"What happened to the candles?" Nick looked around. "Addie said she was lighting them for ambiance."
"Oh, God." Victoria burst into laughter and the last of her nerves dissipated. "I blew them out. I didn’t know she told you about them."
His lazy grin sent heat straight through her. "That's a shame. I thought you were trying to get all romantic on me."
Victoria didn’t know what to say to that. She gestured to the Chinese takeout bag he held. "I'm starving." She wasn't really, but she wanted to stall before asking him what last weekend was all about.
They sat at the bar, side by side, eating and talking about the office. Nick filled her in on all the progress they'd made in the last week and he seemed so unaffected by what happened last weekend. Like it hadn't mattered to him that he'd left her at the end of a really great night with nothing more than a good bye.
She pushed her plate away and spit out the question. "Why did you just leave last Saturday?"
His body tensed. He set the food down before turning to look at her. His hooded gaze gave nothing away. "I couldn't come inside."
"Oh? Then why are you here now?" She stood, needing to put some space between them. Hurt and humiliation clouded inside of her. He watched her pace silently before he stood.
"You're not understanding."
"How can I when you don't explain what's going on? I thought we were having a great night. I was, anyway, and then you didn't talk to me on the way home. And then you left." She tried to bury the hurt in her anger but it rose through.
Nick shook his head. He came to her and put his hands on her arms. Victoria stilled. "I couldn't come inside, because if I did, I wouldn't be able to keep my promise."
That baffled her. She looked up at his face, noticed his clenched jaw. She realized that even though his past was seeped in violence, she wasn't afraid of him. He wouldn't hurt her. Not physically, at least. "What promise?"
Nick shoved a hand through his hair, making the ends stand up everywhere, then ran a hand down the stubble on his face. She wanted to feel that stubble on her skin. "It's stupid. Don't worry about it."
"No." He couldn't say something about a promise and then tell her not to worry about it. "What promise, Nick? Did someone make you promise to leave me alone?"
"No, nothing like that." he sighed, shoved his hands into the pockets of his jeans. He looked lost.
Victoria stepped closer and watched his eyes darken. Tension swept into the room. A new kind of power filled her. He wanted her; she knew that with a strong confidence. Something held him back and she was going to figure out what it was. "What is it then?"
"Ah," He swallowed audibly when she stepped even closer. "I promised myself." 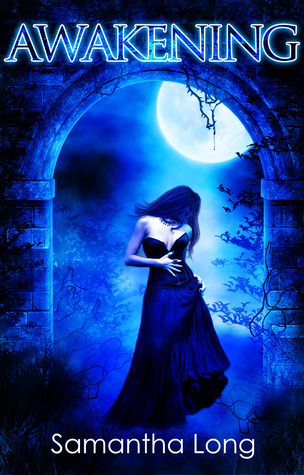 by Samantha Long
When Sophie moves to Boston to get away from the people who ridiculed her for her psychic talents, she wants to start fresh. But when a demon attacks her study group at the library, she has no choice but to reveal her abilities to warn the others.

She learns the attacks won't stop until she's dead. To stay alive she joins forces with the other students and a secret society that has battled the demons for centuries.

The last thing she wants to do is be a pawn in the war of good and evil. When her visions start showing events from a past life, she can't ignore the connections it shows. She has no choice but to acknowledge the bonds that tie her to the other students, even if some of them refuse, to have the strength to defeat the demon that hunts them down. 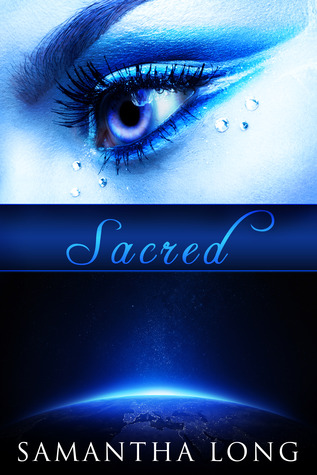 by Samantha Long
Sophie has been attacked by demons, destroyed a nest of vampires, and lived through the death of someone close to her. Now she and her friends have been rescued by the Society and taken to a secret island base to train. While they desperately search for leads on where Akeldama may be holding Lilli prisoner, Sophie tries to keep Tristan at arms length. She doesn't need anything to distract her from finding her best friend, or so she tells herself. Then the unthinkable happens. One of the Society's own has betrayed the Guardians, selling their secrets to the demons and attacking them where they should feel safest. In the end, Sophie's greatest enemy could be her own fears, and she faces a decision that could push Tristan and her friends away forever.

Excerpt One:
Something wrapped around the collar of Sophie’s jacket and lifted her easily into the air.
Cairo held her and Lilli up, one in each hand, like they were both a sack of feathers. Her unblinking eyes settled on Sophie. “You’re so powerful. How does a human become this way?”
Out of the corner of her eye, Sophie saw Morgan struggle to pick Katie up. When she realized that wouldn’t work, Morgan dragged her gently out of the way.
Sophie balled up her fist and swung.
Cairo dodged it effortlessly. Her musical laugh grated on Sophie’s nerves. “You can’t possibly think it’d be that easy?” Cairo tilted her head to the side and watched the brightness of color surrounding Sophie. No longer in control over her actions, she released Lilli to concentrate fully on the light. “You have such an aura. So much light. I miss that, you know. I may keep you for myself.”
Tristan moved from Augustus to two of Cairo’s entourage.
A sudden waft of heat hit them. Cairo cried out.
Sophie hit the dirt and rolled. The air pushed out of her lungs and she coughed. When she turned on her back and lifted herself on her elbows, she gasped.
Flames covered Cairo. Her glowing skin blistered.
Aidan forced more heat into the fire that engulfed her.

Excerpt Two:
Movement caught her gaze. Tristan stalked forward, his motions flowed, cat like.
She stood, frozen. His eyes paralyzed her with their predatory gleam. If this was a war, she’d lost weeks ago.
He stopped right in front of her. Tempted her with his closeness. He placed his hands on either side of her neck.
Warmth immediately permeated her body and her lips parted. Blood thundered in her ears.
Then, his lips touched hers. It wasn’t a sweet, I-missed-you kiss. He pressed his body into hers, invading her senses, and poured all his pent up frustration into it.
A tear slipped down her cheek even as she kissed him back. His hurt flowed into her.
She’d made him feel used.
Before she had time to process all of this, he pulled back. Accusation shone in his eyes. A low growl rumbled in his throat. The animal in him prowled right underneath the surface.
It was time for the end battle. No matter how this ended, it would be final. They’d either make up or hate each other forever.

Excerpt Three:
“Finally. I thought you’d never wake up.”
The voice whispered like death over Sophie’s senses. Her heart stuttered when she turned on the bunk and looked out. Akeldama sat in a chair just outside her cell. Perfect, pale legs peeked out from a sleek red dress.
The demon’s skin was so pale, Sophie wondered if the person she wore had been dead for days. Blue veins crawled across the skin like highways, all meeting in the center of her chest.
“That’s a little different than the mommy-and-me act.” Sophie tried to keep her voice from shaking. Her fear was so sharp she could almost taste it.
Akeldama laughed and Sophie knew she heard Death in the sound. It froze her insides. She tried to keep a calm face. “Oh, I have a whole host of disguises. It works to not look the same every time I kill someone.”
Instantly Todd’s face, his smile, shot through Sophie’s mind. Her body tensed against the cold wall. Words, full of rage, formed but she couldn’t force them out. Instead, she glared across the cell.
The malevolence thickened. It reached out to Sophie and gripped her hard. The breath disappeared from her lungs as she was dragged from the bed. She hit the floor of the cell hard enough to knock her teeth together. Before she managed to inhale, Akeldama’s power tightened and hauled her to the bars.

About Samantha Long:
I'm a multitasking mom of four.  When not writing/doing laundry/changing diapers, I like to catch up on episodes of Supernatural and Castle.  If you can't find me in front of the computer, I'm most likely watching my DVR.​
​I've been writing since the first grade, where I wrote a one page story titled "If I was an Indian".  My warrior husband was going to be the best hunter, I was going to live in the best teepee and apparently, I was having an affair with the Chief.  Racy, I know.
​Of the things I'm addicted to sweet tea, movies, and books top the list.  My favorite authors include Nora Roberts, Lauren Kate, Kresley Cole, and Gena Showalter.  Few of many I love.
​Thanks so much for reading!
​Sam :)
http://www.samanthamlong.com https://www.facebook.com/SamanthaLongAuthorhttp://www.pinterest.com/smbyrd18/ https://www.goodreads.com/author/show/7142522.Samantha_Long