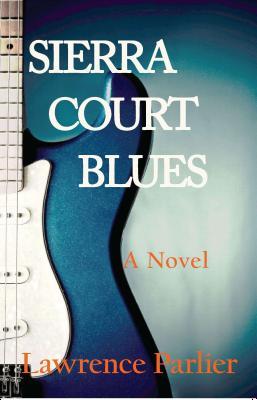 Sierra Court Blues transports the reader on a mind-bending adventure with the main character Bo Kineally, a young father and husband with dreams of becoming a nationally known star from the backwoods of Bethel, Ohio. Can Bo strike a balance between his responsibilities and desires as both sides vie for his attention? Sierra Court Blues leaves nothing to the imagination with gripping characters, dysfunctional band members, roller-coaster drama, heart wrenching relationships, betrayal, and intricate family dynamics. The novel is sure to be a page turner for metal music enthusiasts everywhere.

Bio:
Lawrence Parlier was born in Georgetown, Ohio. Lawrence, fell in love with music and literature at an early age and pursued his muse in both worlds. At 13, he started playing guitar and spent his teen years honing his musical skills. By his early 20’s he was singer and guitarist for the heavy metal band The Malevolent. The band, while having great potential, fell by the wayside in the early 1990’s due to drugs and personal conflicts. Burned out on the road and the superficial world of the music scene, Lawrence returned to Ohio to raise his family and work at his writing, culminating in his debut novel Sierra Court Blues. Lawrence resides in Bethel, Ohio with his wife Trina, and their 3 children. Although, Lawrence has not returned to music full-time, in his spare time and when requested to play on the local scene, he can still be seen jamming with his guitar at bars and clubs in and around Ohio.

Q & A with Lawrence
Question: How did you come to write Sierra Court Blues?
Answer:  I’d thought about writing this book in one form or another for several years, but could never come up with the right form or the proper voice. I struggled through several false starts, and, for a time, gave up on the idea. Then, after my best friend committed suicide, my whole outlook on life changed.  I changed.  As I thought about our time together I slowly came to realize that this story, at its core, was really about relationships and the surprises you uncover as connections deepen or fall away. With that small epiphany, everything else fell in line for me and the story flowed.

Question:How would you describe your life in only 5 words?
Answer: A model of chaotic efficiency.

Question:What is your biggest pet peeve?
Answer: People who don’t use their damn turn signals….

Question:Do you have one sentence of advice for aspiring writers?
Answer: Write with reckless abandon, don’t second guess yourself.
Posted by Gia Guido at 9:14 AM