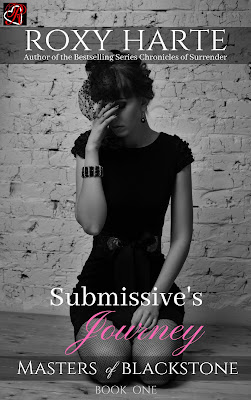 
A Victim of Human Trafficking…
Julia Moran’s childhood ended abruptly. She survived by being beautiful, obedient, and silent for the respected Los Angeles lawyer who targeted her. No one suspected the pampered and adored woman was kept prisoner in his multimillion dollar house. The day her Master died, she was free. With a bold, new life teaching Jr. High mathematics, she plans to be the most boring, vanilla woman ever born. The only thing upsetting Julia’s plan is a smoking hot dominant who wants to change her mind about kink in a very bad way and she’d be lying if she wasn’t more than a little curious.
…his Obsessions cost him Her Love.
Everett Hawthorne’s lineage doomed him at birth to be victim of the witch’s curse hurled at his plantation owning ancestor at the moment of her death. A curse guaranteeing each male descendant become obsessed by the one woman would cause his death, unless true love settled in both their hearts enabling them to save each other before it was too late. While he could admit he was obsessed with a woman, he knew the curse was no more than urban myth and happenstance. His ancestors were all idiots who made really ridiculous choices after all, and he was much too intelligent to fall in love. Now, convincing a woman the sexual traumas inflicted on her don’t define her seems a moral duty…but he’d be lying if he said he could keep his hands off her
The Secrets she keeps even from herself might get them Both Killed.
Julia soon realizes no one in the vanilla world will ever understand her mixed emotions, or her needs and in a final attempt for normal undergoes a desperate and experimental therapy that includes hypnosis and guided meditations to rewrite her history and have a chance for the white picket fence, faithful boring, vanilla husband, and yard full of children. The truths she’s hidden from herself are dangerous of all. In denying her soul-deep masochistic needs, she denies herself the joy and serenity she desires. By altering her memories she forgets that she knows entirely too much about the underground human trafficking network of LA businessmen and professionals to be allowed to live.
Is it too late for Julia to discover that only naked and on her knees in complete submission will she be able face the demons in her heart and mind to survive the danger coming for her and truly heal?

A MASTERS OF BLACKSTONE NOVEL by ROXY HARTE  Book One  115K