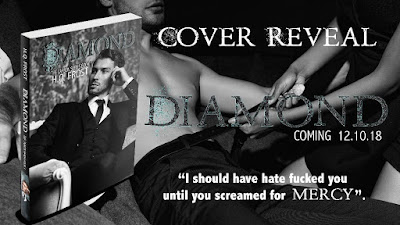 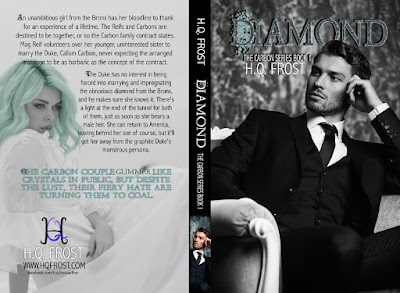 Release date is 12/10/18
This book is on sale for 99 cents only for a limited time! Just in time and cheap enough for you to buy a copy for yourself and all your friends on your holiday shopping list!
Preorder now: https://amzn.to/2P3D5Br
Add it on Goodreads now: goo.gl/TW7xDg

Synopsis:
An unambitious girl from the Bronx has her bloodline to thank for an experience of a lifetime. The Reifs and Carbons are destined to be together, or so the Carbon family contract states.
Mag Reif volunteers over her younger, uninterested sister to marry the Duke, Callum Carbon, never expecting the arranged marriage to be as barbaric as the concept of the contract.
The Duke has no interest in being forced into marrying and impregnating the obnoxious diamond from the Bronx, and he makes sure she knows it. There's a light at the end of the tunnel for both of them, just as soon as she bears a male heir. She can return to America, leaving behind her son of course, but it'll get her away from the graphite Duke's monstrous persona.
The Carbon Couple glimmer like crystals in public, but despite the lust, their fiery hate is turning them to coal. 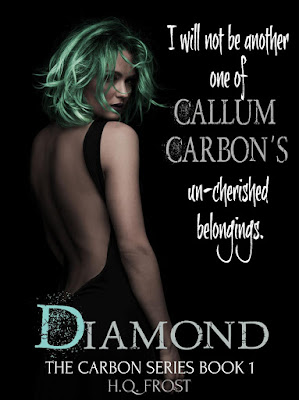 Snippet:
“Ms. Reif is in need of attention, sir. Your attention.”
I sit up straighter. “Why? Is she hurt?”
“No, I mean the attention of a male. And you are the male in her life. She needs your attention.”
She’s horny. A smirk starts to lift my lips, but it falls and turns to a scowl.
“She’s presented you with showing her this attention?”
“No!” He stands. “Not at all. I would just feel more comfortable not being her rock at this time in her life. It would be unfortunate for her to let emotions deter her from what you have to offer.”
What he’s saying is she needs, sex and women can fall in love with anyone showing them attention, why would Ms. Reif be any different? He has a point. He’s been there for her this past week and she already has a certain bond with him I refuse to analyze because it pisses me off.
“You’re right. Don’t go with her. She can go alone. Just make sure her demands are met for whatever she wants. Money is of no object. Please stay away from my fiancée, Rupier.” I can’t look him in the eyes.
“You…you’re not understanding.”
“Do as I say!” I slam my hand to my desk because I don’t want to understand.
I fully comprehend, and I’m not going to give in to her needs. She’ll learn to live with this arrangement the way I had planned it. Alone. 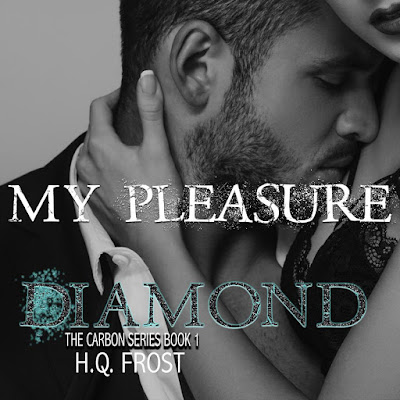