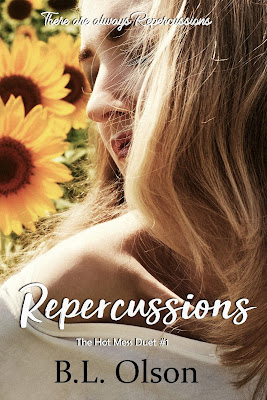 Nobody just decides to be a hot mess.
I think somewhere along the way it just became who I was and I gracefully accepted the role…

I feel so utterly stuck. Unwanted by anyone I could ever see myself with and alone despite having two “roommates” who constantly hover and meddle in my life.

There are definitely repercussions for not pushing myself to be who I want to be. When I met my new next-door neighbor Wyatt, I didn’t think he would be the one to constantly challenge me. Tear me open and put me back together again in an entirely different way. The one who is dealing with his own repercussions as well… 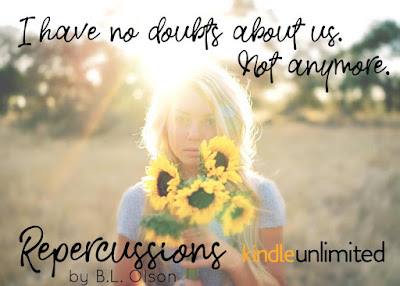 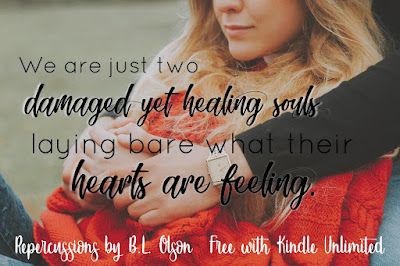 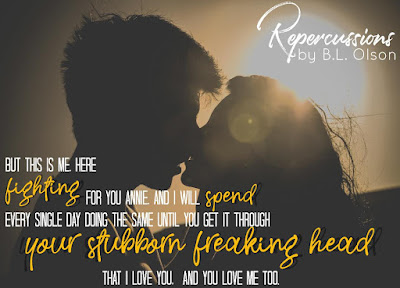 You can check it out on Goodreads here: http://bit.ly/2oTNEwb 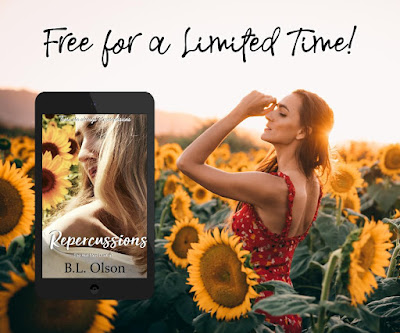 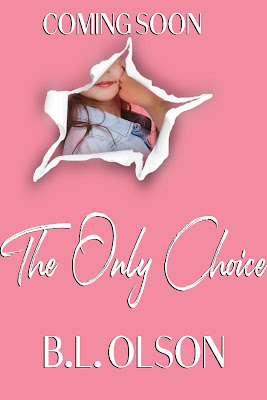 “Mommy, why don't I have a daddy?” My four-year-old daughter asks me.

The dreaded question that no single mother ever wants to hear, that your child is curious about why you are only half of a whole family. I knew the day would come when she would ask about her father, but I still wasn't prepared.

My daughter will forever be my only choice. However, Bo, the man I kept in the dark about fathering a daughter, is pushing his way back into my - no- our life. Now, I will have to guard both our hearts while I allow him to get to know the daughter that I mistakenly kept him from.

But now I have a question for him.

Will she be his only choice? 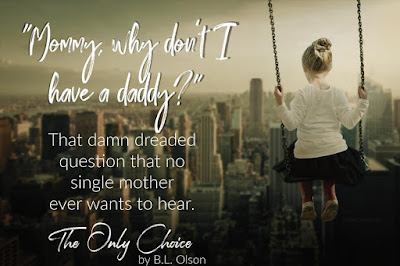 You can check it out on Goodreads here: http://bit.ly/2N9jYK1 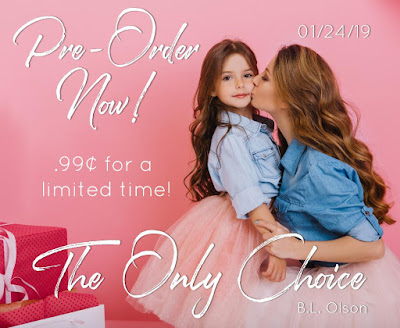 Certain consequences steered me towards becoming a mess of epic proportions. Having to survive being a teenage girl in a household of boys combined with time spent in the military, molded me to the person I am now.

I’m no stranger to the cause and effect of my actions. I have an unchangeable reputation, a boss who hates me for breaking his heart, and a grandmother who believes my PTSD means I cannot survive in the world alone. She might not be wrong.

I never thought that one of my worst mistakes would help me move forward. Soothe the jagged edges of my broken and stained soul. The one who is dealing with his own consequences as well… 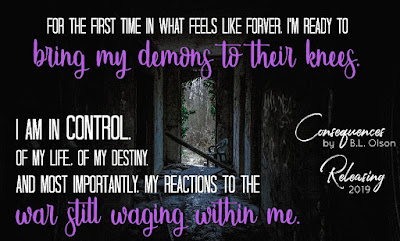 You can check it out on Goodreads here: http://bit.ly/2PaPbcD

Author B.L. Olson is a land mermaid forever swimming in the constant PNW rain. She drinks endless amounts of water and coffee, eats pizza for every meal, and loves reading books that include a hot alpha male and a kick-ass heroine.

On top of writing the characters that never cease to whisper in her ear, she is also a psychology student pursuing her BS and MS degrees.

I only have one published right now, but two others are in the works!

My debut novel, Repercussions, was released on August 27th and is about a hot mess of a woman named Annie and a broody mysterious neighbor named Wyatt. They are both dealing with repercussions from their past and must find a way to overcome them in order to live the lives they saw for themselves. Throw in a meddlesome mom, an inappropriate grandmother, and Annie getting herself into the most ridiculous situations known to man (that meet-cute scene though… hehe) and you have the first book in The Hot Mess Duet!

Before I could write/release the second book in The Hot Mess Duet, I had a new story pop into my head that WOULD NOT LEAVE ME ALONE. So, I am writing a standalone novel at the moment. But don’t worry, Repercussions is not left on a cliffhanger!

The standalone novel I am working on is titled The Only Choice, and is a second chance/secret baby romance that will be full of angst and swoons.

Pennilyn "Penny" Welsh is used to being everyone's second choice. After experiencing heartbreak at the hands of someone she thought would put her first for a change, she returns home only to find out she's pregnant.
She will never allow her daughter to feel the way she did. For her, Tessa is The Only Choice.
Flash forward four years, and Pennilyn is now moving back with the idea that maybe Bo Sutton no longer resides in the small town they met in.
She's never been that lucky though... Will Bo find out that he fathered a child? Will Pennilyn ever forgive him for behaving like everyone else in her life?
Cover Reveal: December 18th.
Release Date: January 24th.

2. What inspires you to write?
I get inspiration from everywhere. My own feelings that I want to work through, movies, and music. There is a song that inspired a future project just yesterday in fact!

3. How do you come up with your characters names?
I frequently troll baby name sites. I get a lot of parenting ads on Facebook, and I am a single woman with no kids. Dang ads! But those sites always trigger a name for the characters I am developing.

4. . Do you have a release day tradition?
Alcohol. Gotta have a drink in celebration!

5. Do you have a special time to write or how is your day structured?
The best time for me is in the morning after my plethora of coffee has kicked in. I am not too emotionally or physically drained and can whip out some words. Plus it’s usually quieter in my house around that time.

6. Do you have a favorite spot to write?
At home, but anywhere there. Couch, desk, bed, recliner. Being home provides me with more distractions like TV, but I am a people watcher and coffee shops and such don’t work for me.

7. If you had a superpower, what would it be?
I was always obsessed with Piper from Charmed. Being able to freeze or blast someone with your hands sounds pretty good to me!

8. What writing projects are you currently working on?
I have two in the works and one that started coming to me yesterday. I am finishing up writing The Only Choice (releasing in January) which is a secret baby romance and book 2 of The Hot Mess Duet tentatively releasing in May, which is a second chance/single dad romance. My newest plot I am not sharing too much about minus the initials of the title (LBW) which will be releasing the summer of 2019.