It doesn’t take much to become the laughing stock of reality television. Just ask Theodore “Theo-Dog” Legend. Once you’ve pissed on a fire hydrant in front of the paparazzi, no one ever lets you forget it.

Hadley Holiday is on her way to being America’s sweetheart, thanks to her dog training routine on a national talent show. Although she didn’t win first prize, she snagged Theo’s attention and he’ll do just about anything to make her his—even if it means being the butt of everyone’s joke once again.

Hadley wants a career in showbiz. Theo needs to get rid of that doggone nickname—pun intended. Pairing the two together on a new show sounds like a disaster waiting to happen... or it could be the best thing that’s ever happened to them. 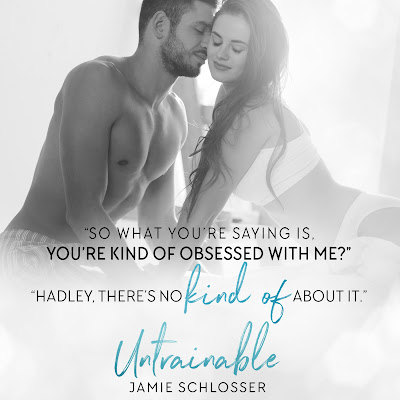 Jamie Schlosser grew up on a farm in Illinois surrounded by cornfields. Although she no longer lives in the country, her dream is to return to rural living someday. As a stay-at-home mom, she spends most of her days running back and forth between her two wonderful kids and her laptop. She loves her family, iced coffee, and happily-ever-afters. 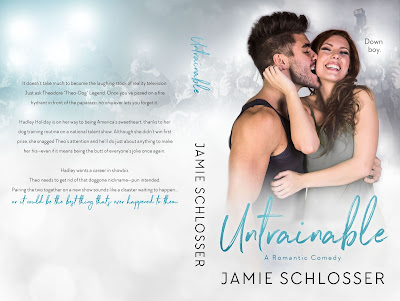