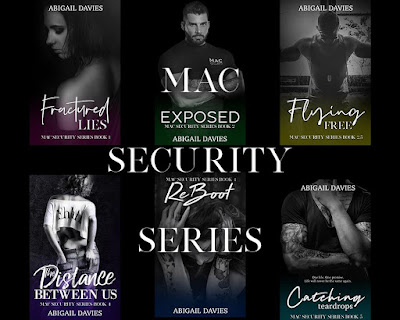 Some days I didn't know where the lies finished and the truth began.

It happened with one innocent lie, and before I knew it I'd weaved a whole web.
Nobody likes a liar.

But what if you didn’t have a choice?
What if you had to lie to protect yourself and your child?

If the lies were revealed, I’d be a shell of my former self, fractured into a thousand tiny pieces.
I just hoped they could be put back together. 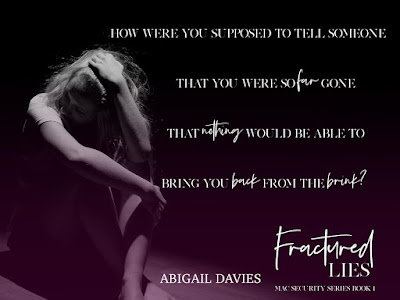 BLURB
SECRET—NOUN
Something that is kept it meant to be kept unknown or unseen by others.

Secrets aren’t meant to be uncovered, shining light onto your past sins. Keeping them was hard, especially from the one person you never wanted to find out.

But what do you do when that secret reveals itself, bringing with it painful memories?
Would you reveal it? Or keep it as long as you could?

I didn’t think it could get worse, but it was nothing compared to what was coming.
A storm was brewing, about to destroy everything I had kept locked away.

Only one question remained: would it bring us closer together, or tear us apart for good? 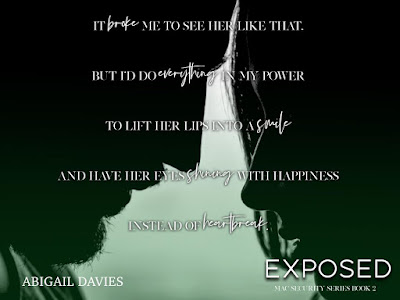 BLURB
One… Two… Three…
I’m a prisoner in my own mind.

Seven… Eight… Nine…
He turned me into this, leaving my body riddled with scars.

Ten… Eleven… Twelve…
I don’t want to be this person anymore.

Thirteen… Fourteen… Fifteen…
I want to be free.

Sixteen… Seventeen… Eighteen…
But I’m afraid that I’ll never be.

Twenty-Five… Twenty-Six… Twenty-Seven…
There’s only one good memory scattered with all the painful ones. 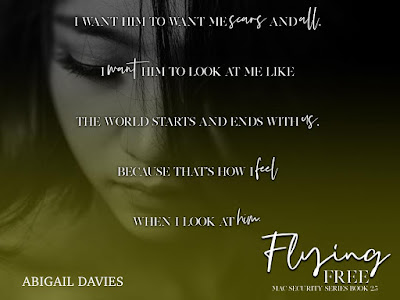 BLURB
ADDICTION—NOUN
The fact or condition of being addicted to a particular substance or activity.

I’m a strong woman. Or at least, I think I am. I used to be so sure about that.

Escaping my suffocating childhood home with only a couple hundred bucks brought me here; to the man who’s eyes were full of sadness and heartbreak.

How can one person turn your world upside down and your heart inside out?

I understood the arrangement: only to warm his bed at night.
But then I wanted more, which was impossible considering I was competing with someone who didn’t exist.

There was a time when I thought I could pull him out of his darkness, but now I know it’s unattainable since I slid there along with him courtesy of the pretty little pills.

Relief and calm.
That’s what they gave me, but they also destroyed everything I worked so hard to become.
Now? Now it’s just me and them. 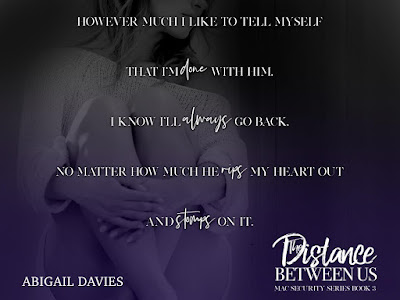 Ninety-nine percent of the time you can right your wrongs.
Sometimes all it takes is a simple apology.

But what about that one percent?

Starting over and putting the past behind me is all I want to do. But girls like me—with pasts like mine—are fated to live in the shadows of their mistakes.

So what happens when you’re given that second chance? At life… at love?
Do you take it?
Or do you stay in the shadows? 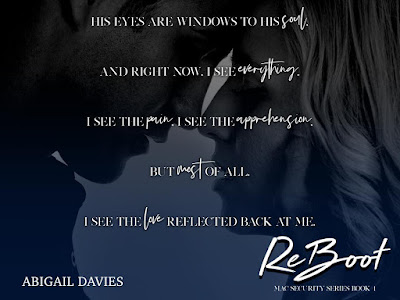 ILLUSION—NOUN
A deceptive appearance or impression.

Life is an illusion. A mirage of what you want people to see.

I let people judge me for who they think I am, not willing to bare my true self.

Reality is painful, full of sorrow and sins.

I keep my secrets guarded closely, not willing to let them free.

But it only takes one person to see you—the real you—for your mask to evaporate.

One look. One promise.

Life will never be the same again. 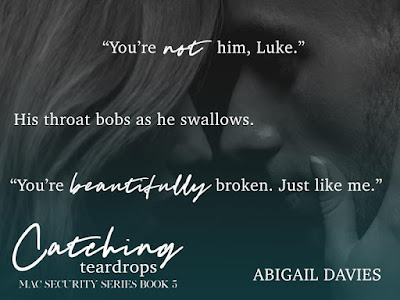 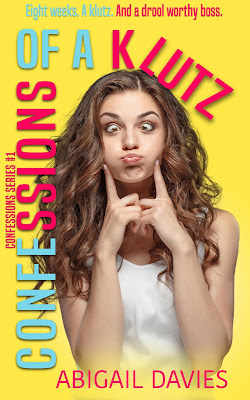 Confession One: I was a klutz.
I thought I’d grow out of it, but evidently I didn’t.
It’s not fun to look like a fumbling toddler when you’re twenty-six.

Confession Two: I had a standing appointment at the local ER.
It wasn’t by choice that I knew all the doctors names—it was necessity.
But that was about to change.

Confession Three: I hated the sun yet I lived in LA where it always shone.
I supposed that was one plus to being sent to New York for the next eight weeks.

That was until I got there.

Arm veins, dimples, and THE sexiest voice known to man were my weakness,
and he had every single one of them.

Confession Four: He was my new boss.
I could control myself though, right?

The city of dreams… a klutz’s worst nightmare.
Eight weeks. A klutz. And a drool worthy boss.
What did you get when you crossed a klutz with a GQ model lookalike?
I was about to find out. 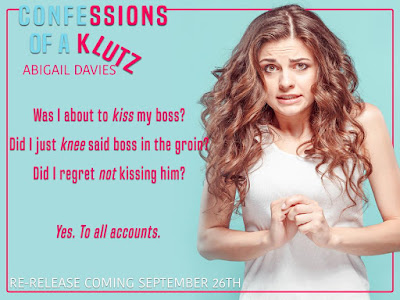 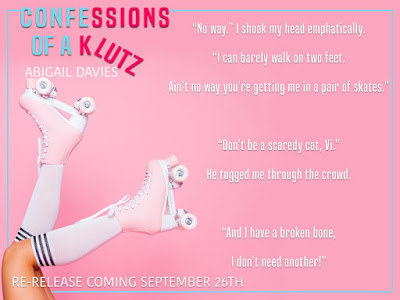 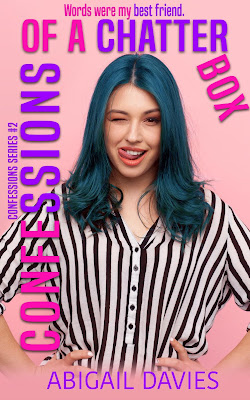 BLURB
Confession One: I was a self-confessed chatterbox.
Words were my best friend.
They loved me almost as much as I loved my pajamas and unwashed hair.

Confession Two: I hated outside people.
I was happiest sitting on my sofa, my favorite show in the background,
and my laptop open while I worked.
Being my own boss was freaking awesome.
So why the heck had I accepted this new teaching job on campus?

Going back to the sunny state was the last thing I wanted to do.
It was only meant to be for one day—one talk.
But life had a funny way at throwing you for a loop.

Confession Three: I was the best secret keeper.
It was ironic considering I never stopped talking.
But I’d do anything for my best friend.
Until him.

Confession Four: I’d never met anyone like him.
He was different, but not in the way that everyone else viewed him.
He made my heart stutter and my breath catch.
But worst of all, he made my words disappear. 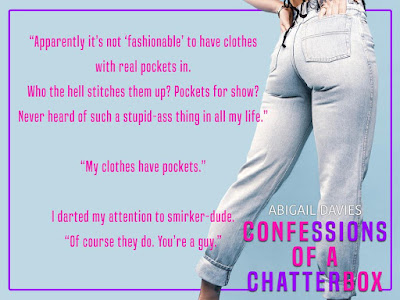 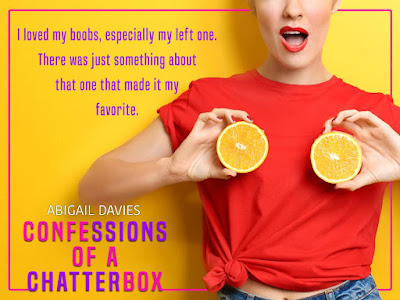 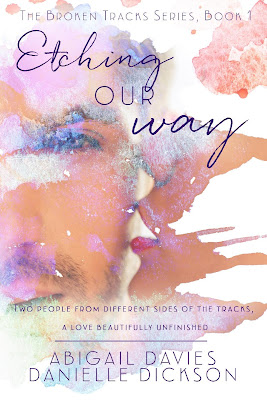 BLURB
It only comes once in a lifetime, that all consuming love—the kind that grips your heart and soul like a vice and never lets go.
When that love is threatened; you’d do anything to protect the only good thing in your life, even if that means surrendering and letting it go.
A lot can happen in ten years—heartbreak, devastation, loss.
But when a chance encounter throws two broken souls together again, will their pasts be too much to put behind them?
Or will they be able to put all of their fears aside for one last chance at love? 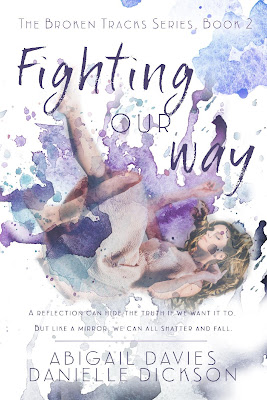 BLURB
Secrets are supposed to be kept hidden; buried deep down inside where no one can discover them.
Only some secrets have a way of destroying you.
That perfect reflection cracks, slowly revealing everything you’ve kept locked away; shattering the image you've created into tiny pieces.
But what happens when the web you’ve weaved starts to unravel and escaping the wreckage isn’t an option anymore?
Do you reveal the dark mystery that has been surrounding you and pull the people you love into the fray?
Or is your only choice the one that will lead to the end of life as you know it?

About Abigail Davies:
Abigail Davies grew up with a passion for words, storytelling, maths, and anything pink. Dreaming up characters—quite literally—and talking to them out loud is a daily occurrence for her. She finds it fascinating how a whole world can be built with words alone, and how everyone reads and interprets a story differently. Now following her dreams of writing, Abigail has found the passion that she always knew was there. When she’s not writing: she’s a mother to two daughters who she encourages to use their imagination as she believes that it’s a magical thing, or getting lost in a good book. If she’s doing neither of those things, you can be sure she’s surfing the web buying new makeup, clothes, or binge watching another show as she becomes one with her sofa.

Interview With Abigail Davies:
1. Can you tell us a little about your books?
I write a mixture of things!
I have a security, ex-military series called MAC Security which is a 6 book series. Each book follows a different couple and their hardships. It's full of action, angst, and heartbreak.
I then have a romantic comedy series that will have you laughing your socks off! The first book is Confessions Of A Klutz and the second book is Confessions Of A Chatterbox. The third book Confessions Of A Fratgirl will release in February 2019.
I also have a co-written series called Broken Tracks Series. The first book is Etching Our Way and is a second chance romance, and the second is Fighting Our Way which is a friends-to-lovers romance.
2. What inspires you to write?
The smallest things inspire me to write. Seeing a couple who are walking down the street together, watching a show on the TV, real life situations and hardships. Literally most things inspire me to write.
3. For someone who hasn't read any of you books yet, which one would you suggest they read first?
If they're looking for something to binge read with hard hitting subjects, angst, and alphas, then I would say MAC Security series. If you're looking for a light read that will have you laughing your socks off, then Confessions Of A Klutz!
4. Do you have a special time to write or how is your day structured?
I always try to write in the morning. Once my kids are safely in school, I'll pull my laptops out and. mountain of notebooks along with my block of post-it notes and get to work. I find that writing for around three to four hours is my sweet spot.
5. If you could be friends with one of your character, which one would you chose?
Ohhh, now that's hard because I have so many characters! Hmm... It'd probably be Kitty from MAC Security. She's loyal and fierce and would make the besets friend!
6. Do you have a release day tradition?
I do! I always have a lie in on release day LOL! And I'll always go out for a meal with my husband and kids, normally just before or just after release day!
7. If your fairy godmother waved her wand and whisked you away to the location of your choice, which place would you choose?
Africa to see the elephants. I'm OBSESSED with elephants!
8. What writing projects are you currently working on?
I've not long finished up Confessions Of A Chatterbox and I'm about to get started on the last confessions book: Confessions Of A Fratgirl.