Review of A Wilde Night by Savannah Young 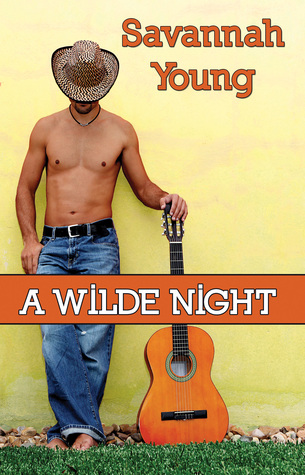 by Savannah Young
Synopsis:
She’s an award-winning winning actress and he’s an average guy just trying to get by…

Katie Lawrence is Hollywood’s hottest sweetheart. With her second Oscar win before the age of twenty-five she’s all Tinseltown is talking about.

When Katie attends a wedding at the Tawnee Mountain Resort with the notorious bad-boy Olympic gold snowboarder, Devon Black, he’s more interested in bedding the bridesmaids than he is in being with Katie.

So Katie tries to find solace in the personal security guard assigned to her by the resort…the reluctant Hunter Wilde. He’s not impressed with Katie’s stardom and he definitely doesn’t want to get involved with a drama queen…but Katie manages to steal his heart when he least expects it.

A WILDE ONE is the third book in the OLD TOWN COUNTRY ROMANCE series. It can be read as a STAND ALONE NOVEL or as part of the SERIES.
Review by Gia:
A Wilde Night is Book three in the Old Town Country Romance Series.   It can be read as a standalone.  Each book follow one of the four Wilde brothers.  The Wilde's are a close knit family so in each book you do get updates on the other brothers.   A Wilde Night is Hunter Wildee's story.
Hunter is a sexy down home country boy.  He is very committed to his family, which consists of his brothers.    He also seems a bit of a workaholic.  He is a police officer, works guard duty in his off time at Twanee Mountain Resort, helps his brothers run their bar, Haymakers, and occasionally plays in a band with his brothers.  Hunter is a little different than alot of the guy characters in the books I have read.  He is not a bad boy or a player but he is still makes for a great book boyfriend.
While working at Tawnee Mountain Resort, he gets put on guard duty for Katie Lawrence.  Katie is a Hollywood star, who is at the resort to attend her boyfriend's brother's wedding.   Her relationship with Devon Black is more for publicity.    Katie and Hunter have chemistry to right away.
I loved to read how Katie and Hunter's relationship grows.  Hunter brings Katie to Haymakers.   She wears a disguise and no one recognizes her.  I loved that part because it gave Hunter's family a chance to get to know the real Katie.   There are some ups and downs for Katie and Hunter.   I liked the endung but I was a little surpirsed by it.
5 Amazeballs Stars!!!


:
Romance novelist Savannah Young grew up in rural northwest New Jersey in a place very similar to the fictional Old Town, which is featured in her books. When she's not at her computer creating spicy stories, Savannah is traveling to exotic locales or spending time with her husband and their bloodhounds.
Posted by Gia Guido at 1:09 PM