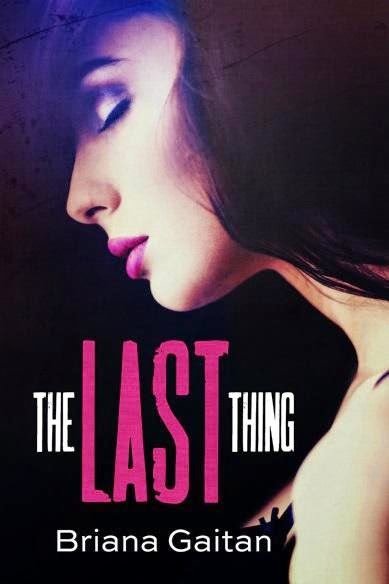 Release date: August 15th
Cover: Cover it designs
Facebook @booksbybree
Twitter: @bookswithbree
Buy Link http://www.amazon.com/gp/product/B00MPXP56Y/ref=as_li_tl?ie=UTF8&camp=1789&creative=390957&creativeASIN=B00MPXP56Y&linkCode=as2&tag=bookswithbree-20&linkId=H54L4HW2DBGL3BPI
Plagued by past mistakes in both love and life, Quinn Bardot is in a bad place. With nowhere else to turn, she escapes to LA clinging to the promise of a fresh start.
Chase Crowley is known for being selfish and unbelievably persistent. All he's ever wanted is to become a successful actor. But now that he is about to have it all, he finds that something is still missing. Money and fame isn't what he expected.
After a fervent encounter, the two of them are thrown into a situation that neither is prepared for. Can Quinn extinguish her fears and let Chase in? Can Chase learn to put someone else's needs before his own?
The Last Thing is a novel all about love, Hollywood, and accepting what life throws at you even if it is the last thing you want.
(This is a New Adult Romance novel & contains language & adult situations. Not recommended for readers younger than 17)
***The Last Thing is a stand alone book with NO cliff hanger ending. It is book one in the series.***

Excerpt
“Nice shoes,” a deep voice said from beside me. I almost spit my drink out in surprise. Only two inches away from my face stood a man with chocolate colored eyes and short brown hair that stuck up all over his head as if he had just rolled out of bed. I detected some sort of Hispanic descent in his good looks. He wore a pair of khakis and a tight long-sleeved black t-shirt. He actually seemed normal compared to all the Barbie and Ken dolls around me, and it made me feel at ease. I took a step back so that our faces weren’t so close. “Yeah, I reckon heels aren’t really my thing,” I replied and took another sip from my cup. He chuckled and folded his hands across his chest, one hand stroking his chin as if he were studying me.
“Whiskey...high tops...no French manicure...”
He picked up one of my hands and studied it. Shocked by the way my heart sped when he touched me, I pulled it out of his grasp. I could feel my face turning red, but I willed my breathing to slow down and hoped that he couldn’t see me blush under all of the makeup. He was quite literally the most striking man I’d ever laid eyes on. The reaction from my body was pure agony. I wanted him, needed him. My loneliness was getting the best of me. No. You don’t need him as a distraction. You need a job, a hobby. He is the last thing you need. You’re having a whiskey reaction.
“Sorry, I didn’t mean to upset you,” he said. I forced myself to look away from his smirk, and finished off the drink in my hand. I turned around and asked the bartender to fill me up again. The drink had already started to affect me, make me loosen up, but I needed a little more to help me with the anxiety.
Say something. Don’t just stand there!
“Don’t worry about it,” I mumbled and picked up my filled glass. I was surprised that he was still standing there; I allowed myself to sneak another peek from the corner of my eye. From the way he carried himself he was a bit older than me, maybe in his mid-twenties. The way he laughed and his body language told me that he was charismatic, a charmer. This guy was persistent!
“I’m Chase,” he said, holding out his hand. I reluctantly took it, afraid that he could see how unnerved I was.
“Quinn, nice to meet you.” He didn’t seem to notice my hand trembling as he lifted it up to his lips to place a light kiss on it. He gave me a slight wink that made me go weak in the knees. I was glad that I had high tops on my feet to steady me. Toughen up, Quinn. You can talk to a guy. But only talk. I took another big gulp of my liquid courage.
“So Quinn, how do you know Gillian?” He reached out to pick a piece of lint off my shoulder. I narrowed my eyes in on him. Why was he touching me?
“Oh, I don’t know her. I’m here with a friend.” I forced myself to look into his eyes, to show him that I wasn’t intimidated.
“Who?” he asked
“Ginger Teague,” I told him. He continued with his inquisition, to which I gave short answers.
“You a party crasher?”
I raised an eyebrow and answered, “No, I was invited.”
“An actress?”
“No.”
“Model?”
I scoffed at his question; as if I had the looks to be a model. “Uh, no...” I shook my head in disbelief.
“Who are you then? I don’t think I’ve seen you around before. I wouldn’t forget your face.”
I didn’t know what to say. It had been so long since I’d had any male attention. He probably wouldn’t give me the time of day if he found out who I was or how much baggage I carried.
“Interesting, huh?”
“What?” I asked
“This party. I bet you have never been so star struck.”
Was this guy for real?
“I don’t know who any of these people are.”
“Well then, it’s high time you found out.” He leaned in close and motioned toward the three blonde girls Ginger had introduced me to earlier.
“Those three bimbos are twiddle dee, dumb, and twit.”
I spit my drink back out into my cup, almost choking from laughter.
“Did you call her a twit?”
“Damn straight. Though I’m not sure if it is from her lack of common sense or her twitter addiction.”
This was kind of fun. My eyes scanned the room for our next victim
“What about him?” I pointed toward an older balding man with a twenty-something on his arm.
“Ah, yes. That is Jordan one of our writers. The girl on his arm just screwed her way up to a leading character.”
“Isn’t that a bit… unethical?”
“Everyone in Hollywood is unethical, my dear.”
That was my cue to leave. I didn’t need guys like him.
“As much as I want to continue on with this flirty banter, I really must get going.” I boldly stuck my drink in his empty hand and spun around on my heels. 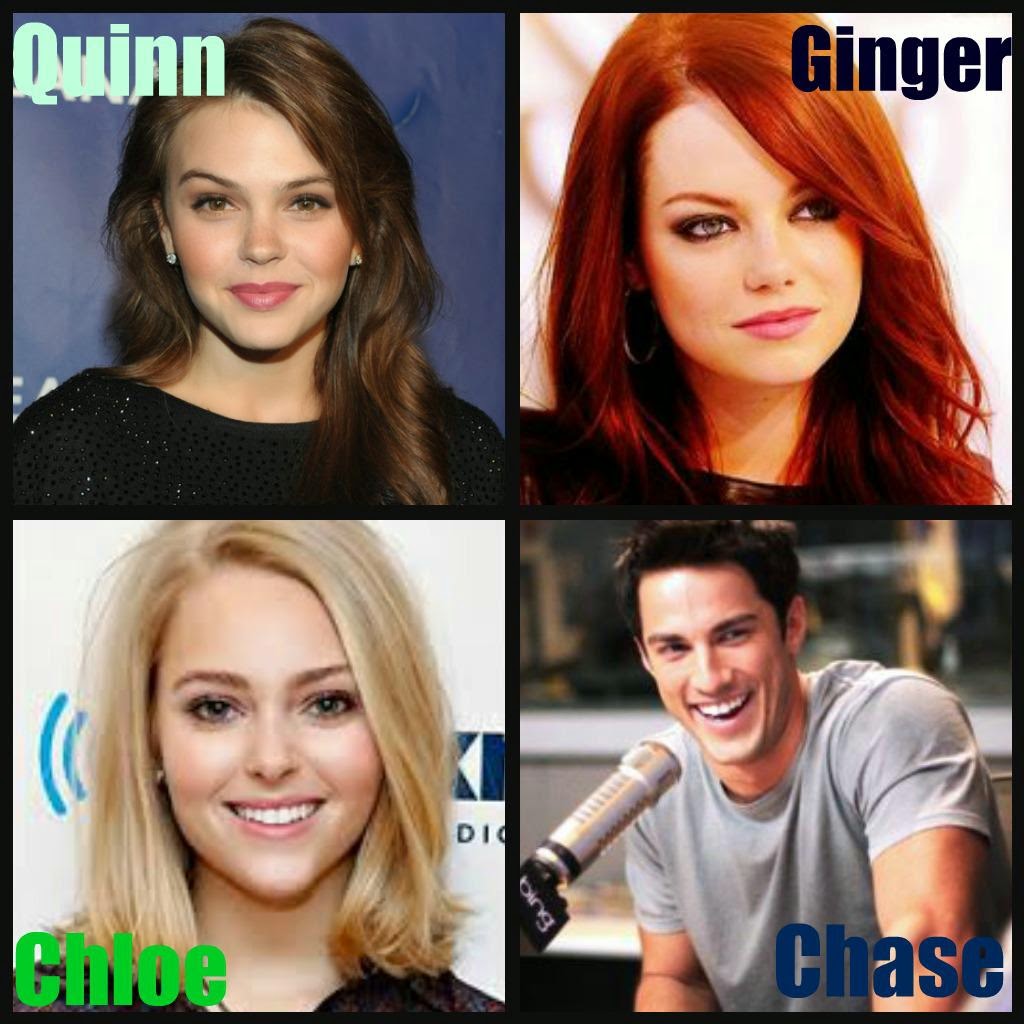 Playlist:
https://play.spotify.com/user/12143469558
The Last Thing Playlist
(Find the Spotify playlist at my website)

Interview with Briana Gaitan:
1) Can you tell us a little about your books?
Certainly! I began writing YA high fantasy, but this past summer I ventured out and found my spot in romance writing.  I began my most successful series, Hollywood Timelines, The first book The Last Thing came out in August and the next one comes out in in December.
2) Do you have any “odd” writing habits?
Not really, but I don't  use an outline, which makes for some crazy outlines and plots.
3) Do you listen to music while you write?
I do! I make Spotify playlists for all the books.
4) When did you know you wanted to write a book?
I've written dozens of plays and short stories since High School, and a few unpublished novels throughout the years. About two years ago, I convinced a friend that we should write together after we came up with an RPG storyline.
5 ) What's one random fact about yourself that you can share?
I am a total geek. I'm talking Trekkie, Cosplay, and Dungeons and Dragons geek.
6) What's your favorite Holiday?
Halloween because I love to dress up!
7) What's your favorite SyFy channel show?
Right now, I am into  Face Off. I love watching the designs and all the makeup. If wish I could make masks and costumes like that.
8) You co-authored Ethereal Underground series.  How does co-authoring work?  Do you both write certain sections?
The books are from duel thrid person point of view ( After this series I will never do third person again, not my favorite style). We basically each chose a character and sent a Word document back and forth. It was fun to create a whole new society and world, plus you have someone cheering you on if you get stuck or want to quit.
9 ) Do you have a favorite character to write about?
The character I'm writing at the moment, Ginger, is my favorite. She has so many different sides and issues that she hides. I hope to explore her more in the future.
10) What are writing projects are you currently working on?
The next novelette, Maria, in the Hollywood Timelines series comes out  on November 7th.I am finishing up The One Thing right now to hopefully come out in December. I just began another Co-authored series with Brooke Kennedy which is a prequel series to Ethereal Underground. It's more of a dystopian science fiction. I also am publishing a Gothic Serial starting next month called Grey Nights. Way to many projects! Ha, ha.
Posted by Gia Guido at 9:00 AM