Blitz for Coherent by Livia Jamerlan 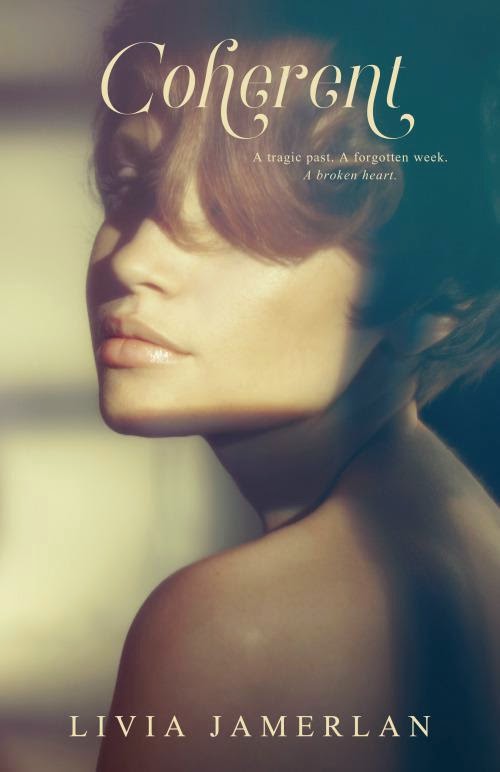 
A tragic past. A forgotten week. A broken heart.


When Braelynn wakes up in a hospital bed with a week of her life missing, she turns to the darkness that she didn’t know she craved.


Peyton Haas is self–assertive, determined to get what he wants, and for the first time in his life—in love.


But is he willing to face the demons that haunt Braelynn?


It was the first time the either of them had let someone in. But one week was all it took to change their lives forever.


Will their love be enough to keep them together? Coherent, book two in the Consensual Series. 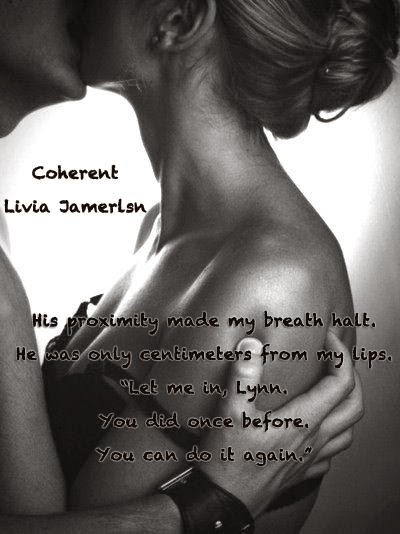 
Peyton’s hands pulled me by the waist towards him and Landon turned away, walking back through the crowd. My eyes were locked on him until he vanished in the crowd.


“You were flirting,” Peyton growled, his lips brushing my temple.


I turned to face him, my eyes locking with his. “No, I wasn’t.” My lips pouted.


“I saw you.” His hand crawled up my arm, wrapping around the flesh.


“You didn’t see shit. I wasn’t flirting,” I hissed through my teeth.


“Do you want him, Lynn?” Peyton asked, bringing his lips over mine but refusing to kiss me. “Knowing that another man wants you … does that turn you on?” His tongue slid across my bottom lip.


“Does it bother you that you’re not the only who sees me?”


Review by Gia:
Coherent is book two in the Consensual series.  It can not be read as a standalone.  You need to read book one Consensual first.  Coherent picks up where Cons ensual left off.
At the end of Consensual we were left with a cliffhanger.  In Coherent we find Braelynn, dealing with everything that has happened with very little support from the ones who love her.  She makes some tough choices that aren't very good.  Braelynn struggles with things in this story.  She was very strong and confident in Consensual and in Coherent she losses herself for a bit.  Peyton isn't an angel in this one either, he makes some good and bad choices.
Peyton and Braelynn have a long hard road ahead of them.  Coherent is very well written and it takes you on a bumpy ride through Peyton and Braelynn's life.
4 Amazeballs Stars!!! 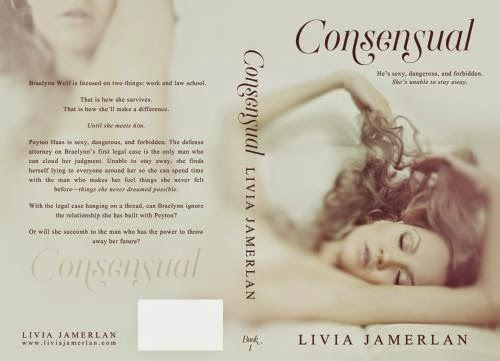 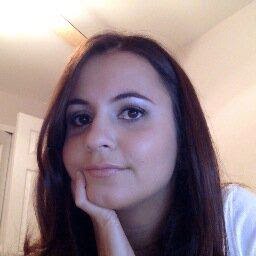 Livia Jamerlan is the author of Divided. She is also a hopeless romantic who is always looking for her next love story to pop in her head. Though Livia kept a journal throughout her early life, she never thought about pursuing a career in writing. She always used it as form of therapy, pouring her heart out into words. It wasn’t until a story developed in her head that she decided maybe she could write a book. At first it was just an escape from reality, but now she uses it as a power to put all her feelings, hopes, and fears on paper. Deciding it was time to tell her story, she began to write. With each passing day the story grew, characters were formed, and what seemed like a hobby at first has now become a passion for Livia.


She is a New Jersey Native who loves spending time with her husband and two dogs Buddy and Daisy. When she is not writing or hiding behind her Kindle, you can find her with outside, gardening, at a local shopping center enjoying some retail therapy, or enjoy a pepperoni pizza