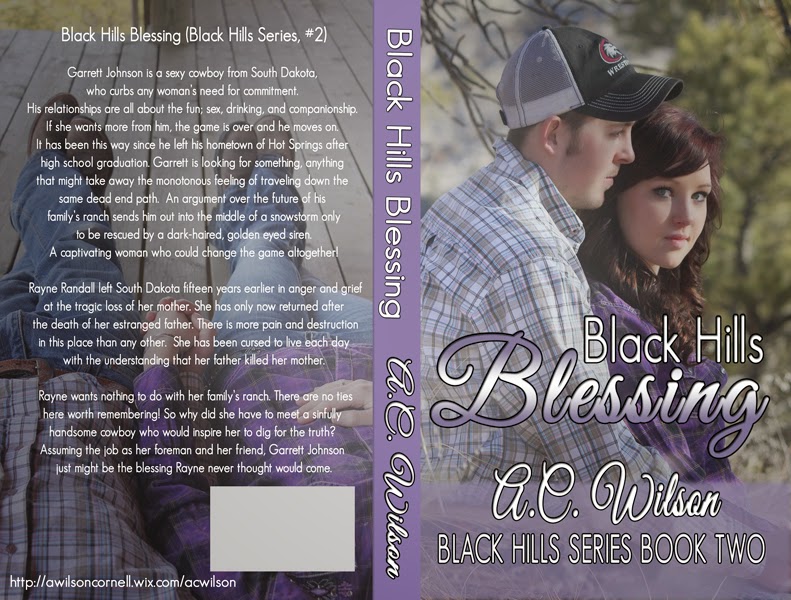 
Garrett Johnson is a sexy cowboy from South Dakota, who curbs any woman’s need for commitment. His relationships are all about the fun; sex, drinking, and companionship. If she wants more from him, the game is over and he moves on. It has been this way since he left his hometown of Hot Springs after high school graduation.


Garrett is looking for something, anything that might take away the monotonous feeling of traveling down the same dead end path. An argument over the future of his family’s ranch sends him out into the middle of a snowstorm only to be rescued by a dark-haired, golden eyed siren. A captivating woman who could change the game altogether!

Rayne Randall left South Dakota fifteen years earlier in anger and grief at the tragic loss of her mother. She has only now returned after the death of her estranged father. There is more pain and destruction in this place than any other. She has been cursed to live each day with the understanding that her father killed her mother.
Rayne wants nothing to do with her family’s ranch. There are no ties here worth remembering! So why did she have to meet a sinfully handsome cowboy who would inspire her to dig for the truth? Assuming the job as her foreman and her friend, Garrett Johnson just might be the blessing Rayne never thought would come.

Other Books by AC Wilson:

To Right A Wrong

About the lovely AC Wilson:

A.C. Wilson grew up as a farmer's daughter near Morrill, Nebraska, United States. She learned hard work and discipline at a very young age on their family farm that has been in their family for over a century.

She loves the Midwest. It is significantly overlooked for its soft beauty and wonderfully friendly people. After college, she moved to Kansas where she married her sweetheart and has two boys.

She loves to read. She loves to listen to many different genres of music. She finds artistic value every where she looks. Writing was always a passion which started in poetry and has now led to romance novels. It has been one adventure after another!!
website | facebook | twitter | goodreads