Blog Tour for Afraid To Love by MJ Nightingale 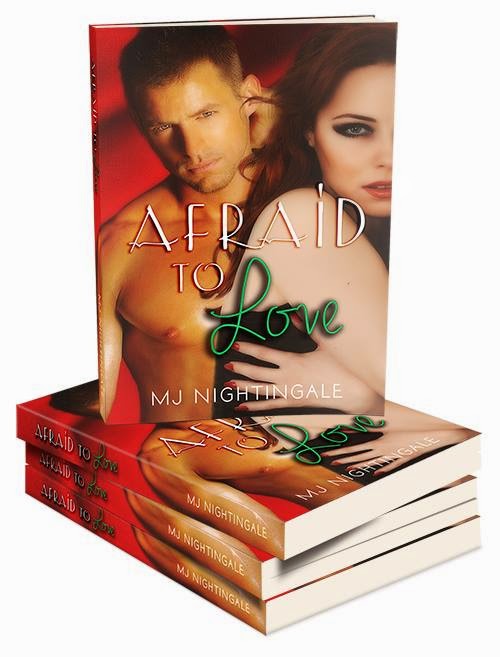 Synopsis:
Learning to trust again is the hardest thing to do.

Ana Perrot is crazy. Crazy about sex, and pleasing her lovers. She is passionate and as fiery as her red hair. She eats men like air. She is also willing to submit to any man anywhere. But outside of the bedroom, Ana is an independent woman who lives her own life by her own rules. And, her biggest rule . . . she won’t do long term relationships. She refuses to fall in love . . . again.

Teddy O’Rourke is an easy going, laid back Tampa bartender at one of the most popular clubs in town. All about family and enjoying life including all the women that throw themselves at his feet, he has no problems finding willing partners. His football player body, his personality, his warm hazel eyes all ooze sex appeal. He is the perfect package in every way for a woman like Ana, well for any woman really. An ex-cop, his instincts tell him Ana is one hell of a woman, but she is wounded and scarred by the past. What are her secrets? What will make her trust him? Why is she so afraid to love?

A one night stand, that is full of surprises for Teddy, opens his eyes to new possibilities. A single man enjoying his freedom meets his match in the bedroom, and elsewhere. He sees a future with Ana, a counselor for troubled youth. But could she be persuaded to fall . . . and to trust again?
Buy Links :
Amazon : Barnes & Noble
Teaser : 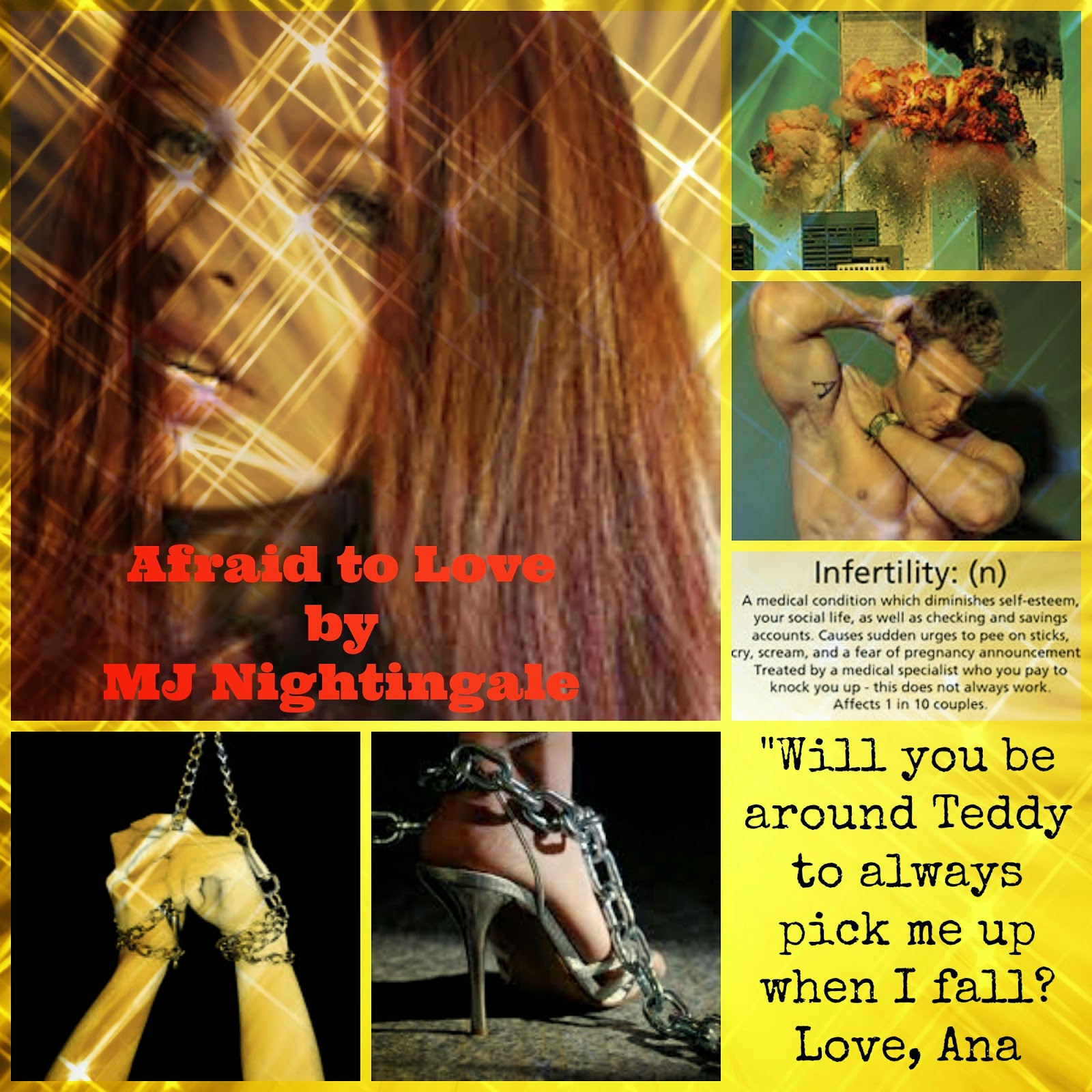 “My name is Ana,” she said coolly as she leaned in and nodded in answer to his question, batting her eyelashes just a tad. He smiled.  Teeth white, and straight.
He knew her sudden bashfulness was a ploy.  He knew the game.  “What will it be, Ana?”  He said her name slowly, drawing out each sound, each letter.
“Let me have Sex on the Beach,” she answered.  Then looking him straight in the eye. “I like sex on the beach,” she added.
He smiled at her again, and without looking at the ingredients began to make her drink. “Too sandy,” he chuckled, and then turned to go get the remaining ingredients to fill her order.
She watched his behind as he worked facing the wall of liquor behind him, and heat pooled in her loins.  This man was truly a fine specimen.  Thirty, she thought. And that was okay with her.  She was thirty-four, so the age difference wasn’t too bad.  She liked them a little younger anyway.  They were easier to control and more readily agreed to her conditions, her rules.
Before she was prepared for it, he turned back towards her, and the sight of him almost took her breath away.  He gave her one of his dazzling smiles, revealing dimples in his cheek, and a slight cleft in his chin.  Bar towel in one hand, he wiped the counter in front of her again.  Next, he placed a napkin down in front of her, and placed her drink on it.  Her mouth had suddenly gone dry. She leaned in to take a sip of the refreshing cocktail, not picking up the glass, but leaning low to give him a better view of her cleavage.  She wanted to turn the tables back to her side again, regain control.  She was glad she had worn this dress; it was red.  The green amulet swinging enticingly between her breasts was small enough to not distract from the view she was offering.  She felt his eyes on her like lasers.
“Delicious,” she purred licking her lips then straightened up suddenly.  She caught him ogling her breasts like a school boy, and he blushed.  Gotcha, she thought as she watched his Adam’s apple bob while he swallowed, hard.
“So the beach is too sandy for you. How about a big bed?” she asked innocently, but then leaned in again to take another sip.  She kept her head tilted to the side not breaking eye contact.  There was definite electricity.
About the author: 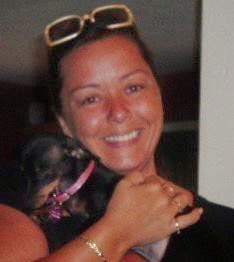 MJ Nightingale has spent over two decades teaching students how to write, and now she is doing it herself.  Originally from Canada, she graduated from University with her Bachelor of Arts and then went on to get her Bachelor of Education Degree in Secondary Education.
Reading has been a part of her life since she was a child. She has been an avid lover of classical English and American literature, but romance has always held a special place in her heart.  She devours historical romance novels all summer long, and any type of fiction; thrillers, crime, suspense, and drama.  This is her second published book, and she has one more book, Afraid to Hope, coming out in in the summer of 2014.  All three, Fire In His Eyes, Afraid to Love and Afraid to Hope, are erotic romance standalone novels and are part of her Secrets & Seduction Series.
She is also working on a new series The Bounty Hunters for 2015.
She currently lives in Florida, where she continues to teach, with her wonderful husband of nine years, and her sons.  She plans on pursuing her writing career full time very soon.
**MJ Nightingale would love to hear from her readers.  She can be reached at authormjnightingale@gmail.com
And you can also visit her author page on Facebook at:   https://www.facebook.com/pages/MJ-Nightingale/185806224943537?ref=hl  to see what is coming next by MJ Nightingale.
Link to you tube video trailer for Afraid to Love
http://www.youtube.com/watch?v=mUNylxBo764 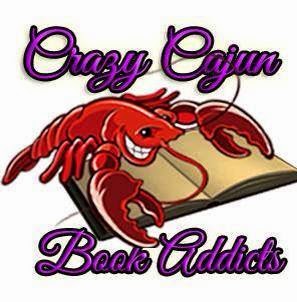