The Highly Capable
by Jayme Beddingfield

Blurb
What would you do if you could control objects with your mind?
Would you be able to choose between right and wrong?
Eighteen-year-old Ruby Dawson was born with the powers to move things with her mind. She thought she was the only one of her kind until she met Tristan-a self-destructive drug addict and a crew of super-powered thieves. Working in the shadows, the crew follows their fire conjuring leader, Madison, as they descend further and further into the world of organized crime. Ruby finds herself in a whirlwind of wrong decisions, lies, murder, and realizations she isn’t ready to face. As Ruby watches Tristan disappear further into his drug addiction and her team fight for more money and territory, she struggles with who she has become.
Can Ruby walk away from the closest thing she has to a family and be the hero she is actually meant to be?
The Highly Capable- Volume One of the Ruby Dawson Saga, an urban fantasy, is a tormenting and emotional tale of self-discovery.

LIFE MASTERS THE ELEMENT of surprise. Everything goes on just the way it always does until something unexpected turns the world on its head. Change isn’t something to plan for; it is an event to embrace when it presents itself, because it always will. I walk quiet and slow down an unfamiliar hallway with a sour feeling in my stomach. Something just isn’t right tonight.
“Ruby, let’s check in here. It looks like the master bedroom,” Brody whispers as he ducks into a room at the end of the long, dark hallway.
“It’s crazy how some people carry on such lavish existences,” I whisper back. My toes will touch his heels if I’m not careful. Getting through this night quickly is best. This house is enormous and decorated to the nines—probably like most houses on top of Queen Anne.
Tonight has a strange odor. I couldn’t smell it while I was eating my cheeseburger on the boat, and I couldn’t smell it when my phone rang—but I smelled it the second Tristan and Tolkien didn’t show up. Now that Madison, Julian, Brody, and I are rummaging around in an empty house, I can’t escape the weight of it.
We shouldn’t run jobs without the whole group. All our talents play important parts. I don’t like that Tristan and Tolkien aren’t here. Our current tasks have the advantage, over us—not something I’m used to feeling. The others probably got high and forgot we were meeting here instead of at Brody and Julian’s. I almost forgot, too. Madison changes protocol on us daily.
I’m usually pretty confident when we’re robbing houses. Being telekinetic takes a lot of hassle out of theft—that’s why we’re here. Our abilities make it easy. However, tonight, I don’t feel confident. The smell of something not quite right is now in my bones.
It’s hard to pinpoint what the cause is just yet. 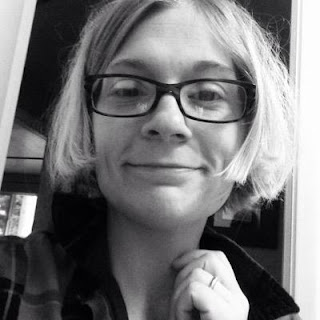 Jayme Beddingfield has been crafting stories since her third-grade assignment to write her own fairy tale. She prefers to work from the sofa with her dogs by her feet. Originally from Northern New Jersey she now lives in Seattle, the city of her dreams. She lives with her husband, two children, and a slew of adopted pets. Her new urban fantasy novel, The Highly Capable is available where books are sold.
Follow me on Twitter @jaymebeddingfield
Find me on Facebook Jayme Beddingfield
Creative Pieces on Updates on my blog Jayme The Scribbler: http://jaymethescribbler.com
Want to get updates on my latest work and on upcoming events?
Sign Up For My Newsletter:
http://jaymethescribbler.com/newsletter
Interview With Jayme Beddingfield:

1. Can you tell us a little about your book?
The Highly Capable is the first installment in an urban fantasy series.
The story follows previously homeless, eighteen-year-old Ruby has telekinetic abilities.Over time she learned to use her powers to help
her survive, which ultimately led her to meet others like her, lost
youth with powers. After a couple of years working as a thief, Ruby has started to feel really wrong about all she was doing. With the urge to make a change in the not too far behind, Ruby finds herself in a series of situations that test her loyalty to her crew and the limits and really for Ruby to make a
hard choice about who she is.
2. What inspires you to write?
Lots of things inspire, and often take me by surprise. Something said casually to someone else can spark an idea, as well as song. Ideas are a lot like seeds, they often start out as something small, and seemingly insignificant, and then eventually with proper can become something grand.
3. Do you have a favorite spot to write?
I have a very comfortable sofa in a quiet corner of my house that’s next to all my notebooks, and desk like residents. I need to be comfortable to get to my creative place, so my office contains fleece blankets and throw pillows, an overstuffed sofa, and bookshelves.
4. If you could spend 24 hours as a fictional character, who would you choose?
Oh, that’s a fun question. I had to think about it for a bit, but I think if I were to be a fictional character, it would have to be Alice from the Twilight Saga. She is an incredibly awesome, loyal and strong character. She has a really interesting perspective, and I think it would be extremely interesting to live in her shoes for a day.
5. Do you work with an outline, or just write?
I outline in the sense that I plan out the story arc as well as the character arcs. My stories start off as a bare bone point A to point B story concept, and then over time it becomes more and more of a fleshed out story.
6. What's one random fact about yourself that you can share?
For pure fun and enjoyment, I once completed the Rory Gilmore challenge, which was to read all the books that the character spoke about the entire series.
7. Are you attending any author events?
Yes, I have quite a few events lined up for the tour, as well as, a blog hop coming up with other Booktrope authors, and a special charity event. My events page on my blog is regularly updated.
8. What are you working on next?
I am working book 2 of The Ruby Dawson Saga, and I am also in the editing stages of a young adult coming of age story.
Posted by Gia Guido at 9:00 AM