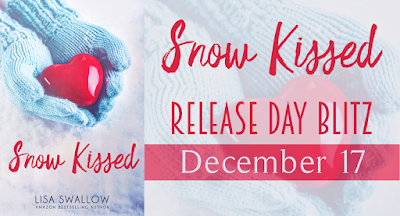 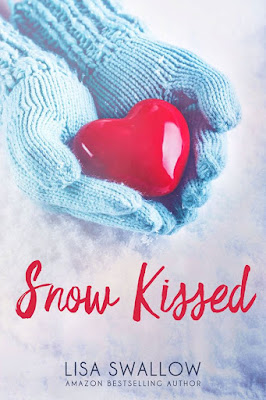 Sadie's holiday season is officially off to the worst start ever. After losing her job a week before Christmas and starting a fight in a toy store, she decides to throw in the tinsel and heads to the English Cotswolds early for a quiet Christmas with her family.
She wasn't counting on the complications caused by her sister's Christmas wedding. Or the groom's brother and best man, Jamie.
The wealthy, charming Jamie is everything Sadie tries to avoid. But the best man has a secret that will change everybody’s Christmas.
In the snow-kissed Cotswolds, will Sadie have a happy holiday after all?

A short and sweet Christmas novella to get you into the holiday spirit! ‪.99c‬ or ‪FREE on Kindle Unlimited.

AUTHOR BIO:
Lisa is an Amazon bestselling author of contemporary and paranormal romance. She is originally from the UK and moved to Australia in 2001. She now lives in Perth, Western Australia with her husband, three children, and Weimaraner, Tilly, who often makes appearances on Lisa’s social media.
Lisa’s first publication was a moving poem about the rain, followed by a suspenseful story about shoes. Following these successes at nine years old there was a long gap in her writing career, until she published her first book in 2013.

In the past, Lisa worked as an English teacher in France, as an advertising copywriter in England, and ran her own business in Australia. Now she spends her days with imaginary rock stars.
She lived in Europe as a child and also travelled when she left university. This has given Lisa stories which would sound far-fetched if she wrote them down, and maybe one day she will. These days, Lisa is happy in her writing cave, under Tilly’s supervision.