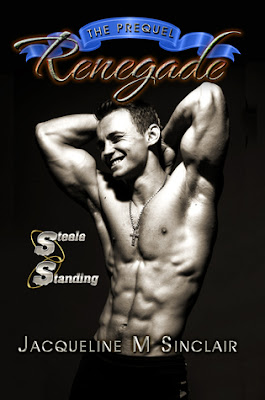 by Jacqueline M. Sinclair
Margaret Wilson is eighteen years old in the summer of 1969. The Vietnam War is raging. Her mother is dying and her father is drowning in his own emotional pain. She is sheltered, religious and completely unprepared for William Steele.

William is a product of his family's legendary reputation. Rich, reckless and known for pushing boundaries, he lives up to generations of gossip by upping the ante, one rebellious night at a time.

The reality of his world sweeps away Margaret's innocence and puts her in the middle of a place she's never known. Now, she must decide whether she's going to stand with him or against him and her choice may just cost her everything.

Is their young love strong enough to hold it all together? 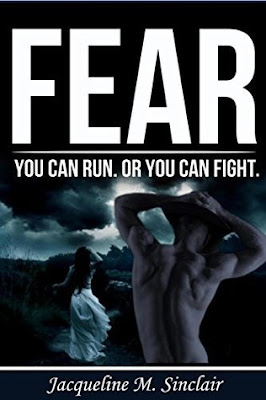 Fear: You Can Run, Or You Can Fight

by Jacqueline M. Sinclair
Max Whitman
One split second decision at fifteen years old and darkness owned his soul. An ex con who knows freedom is a word tossed around by those who’ve never experienced confinement…those that don’t know the past binds you like a chain around your throat. It gives you just enough slack to choke yourself when you run after the things you want…and he wants Catherine Shaffer.

While the evil of his past battles with the goodness she brings to his life, Max knows sooner or later, one will defeat the other.

Will helping her bring him the salvation he craves, or will it be what pushes him over the edge?

Catherine Shaffer
She has one goal before she checks out on life, finding her parents. The burning desire to ask them why they gave her up motivates every choice she’s made…that and a single promise.

Meeting Max Whitman puts her on a path that will lead her to the dark truth, but can he be trusted?

About Jacqueline M. Sinclair:
Jacqueline grew up in the rural southeast and is the youngest child of a large and rowdy family. Reading was an escape when there wasn't much else around to do. She loves everything from classical literature to true crime and everything in between. With her two children grown and gone, she's surrounded by a menagerie of adopted pets and a two-legged thief who refused to give her heart back after a night of karaoke.

With a day job and a dream job, her writing is a steamy combination of real life and seeking to answer the age-old question of what would happen if...and then characters come along and completely derail the plan. Letting them have their say provides plenty of sleepless nights and an endless combination of coffee and wine, but she hopes you enjoy their stories.
https://www.facebook.com/Jacqueline-M-Sinclair-1517706358491729/
https://twitter.com/JacqsinclairM
Interview With Jacqueline M. Sinclair:
1. Can you tell us a little about your books?
There's no way to lump them all in one genre. I let the characters take me where they need to go, and sometimes that's a different vision than I'd intended. Renegade is a sweet romance that, even though it takes place in the late '60's, could be any couple in any given generation. Fear is gritty, far from sweet, but the elements are there for romance. It's just presented in a darker format.

2. How did you choose the genre you write in?
I'd like to say I write what I read, but I read a little of everything. So, to answer your question, to give us all that perfectly imperfect happy-ever-after that so many of us wait for.

3. What inspires you to write?
I'm an emotional person. It's amazing to be able to take words and create emotions in readers. For me, that's a successful book.


4. Do you have a favorite spot to write?
Usually propped up in the bed protecting the laptop from the cats.
5. Do you listen to music while you write?
Yes. Music is an outlet for me.

6. When did you know you wanted to write a book?
I've always loved to write. My elementary English teachers probably would have been a lot happier of I'd have spent more time on school work than passing them stories to read.


7. Do you work with an outline, or just write?
I start with an idea, and then I just write. The more I write, the more clearly I see characters and situations seem to build and sort themselves based on who those characters have become.
8. What are you working on next?
Mercy Denied, the first book in my Steele Standing series that involves William and Margaret's grown children (from Renegade). Their youngest child and only daughter, Trinity, has made a very poor decision. She's cost Merrick Kincaid everything he's wanted, and now all he wants is to destroy her.