Release Day Blitz for Man Up Playboy by Danielle Sibarium 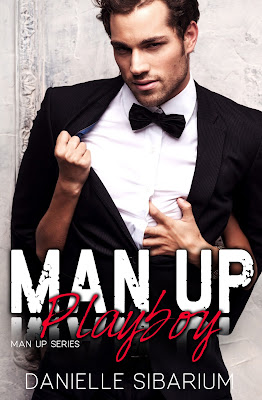 No one knows the man behind the face.
Cooper Sutton loves nothing more than living up to his reputation as a playboy. That is until he meets Selene Davis in a coffee shop. Unlike the girls he's known before, she doesn't fall for his good looks and witty charm. She makes him work for every bit of her time and attention.
Haunted by memories of his childhood sweetheart, Cooper doesn't believe in love, marriage or monogamy. And much to his delight, neither does Selene. She appears to be his perfect match. Until she changes the rules of the game. And he finds himself knee deep in a committed relationship.
When the stakes are raised, Cooper's faced with a decision. Can he put the past behind him and move forward with Selene, or will he push love and happiness beyond his reach forever?
Due to language and sexual content, this book is intended for mature audiences. 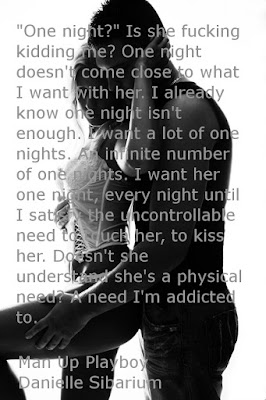 Danielle Sibarium YA and NA author grew up in Brooklyn, New York. Throughout her childhood, she transported herself into a fantasy world full of magic and wonder. Books were the gateway between her play world and reality. On any given summer afternoon she became Snow White sweeping and cooking for the dwarfs, or Cinderella waiting for her prince.
In 2004 Danielle won Honorable Mention in the Southern Heat contest. In 2007 she collaborated with Charlotte Doreen Small to write songs for her CD More. Danielle wrote the lyrics for Take My Hand, and Goodbye, while Charlotte contributed the melody.
Danielle graduated from Fairleigh Dickinson University with honors, and currently resides in New Jersey with her husband and three children.
In October 2011 Danielle released her debut novel For Always. She has since released And Forever, the sequel to For Always, The Heart Waves Trilogy, To My Hero: A Blog of Our Journey Together, Into You, Regret Me Not, Man Up Party Boy, and Man Up playboy.