PRESENTING THREE OF HER STEAMY ROMANCES 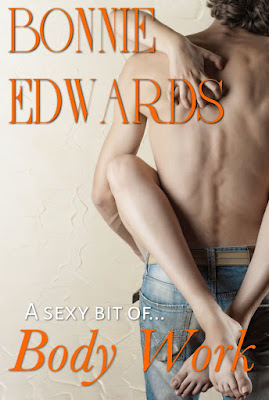 In this erotically-charged novella, Lisa Brady Delaney hires her first crush, Tyce Branton, mechanic to the stars, to prepare her classic cars for auction. When they knew each other years ago, Lisa had to make a break to get out of her down-on-her-luck, trailer park life. That break included leaving Tyce in her rear-view mirror.

But now, Lisa needs Tyce to fulfill a promise and every woman needs a good mechanic. Lisa quickly learns Tyce is a hands-on man: in the garage and in the bedroom.

In a story where assumptions prove wrong, Tyce learns that Lisa is now a strong, independent woman who’s left her trailer park existence in the past. Can he put his old anger and humiliation behind him long enough to give this brand-new Lisa a chance?

Tyce Branton wiped his hands on a rag and settled against the hood of the Cadillac coupe. She had great lines, long and lean, with headlights that could stall a man’s heart. Lines that could make a man’s hands itch.

Maybe it wasn’t the car that revved him up after all. Maybe it was the woman closing the back kitchen door of her Tudor mansion. Like the Caddy, her color was cream-and-white blonde while the sweep of her long-lined midsection gave her the look of speed, grace, and agility.

Straight across the courtyard she came. Her long legs eating the ground, hair flying back just enough to show the pink lobes of her ears, the Widow Delaney approached the middle bay of the three-car garage where Tyce stood.

Much younger than even rumor had it, she was a ripe beauty, made for a man to hold on to. Stretch out over. Sink into. As he drank in the sight of her purposeful approach, Tyce recognized a familiar swing to her walk. The set of her shoulders and the light, graceful flow of her hands by her thighs reminded him of someone.

He straightened immediately, alert to an inner rhythm he hadn’t felt in years. As her sandals hit the cobblestones, he felt an answering tattoo in his chest and farther south.

It was as if he’d seen her walk toward him thousands of times.

But this woman was no recent acquaintance. He’d never even met the deceased husband. So where and when had he met her?

The sandals she wore had slim straps at the ankles. Thin, elegant ankles. Rhinestones glittered on the toe straps. Her legs were smooth and shiny like those of a pampered mistress. Arms loose, her gait was easy but determined. Her breasts were high, firm, probably fake, while her head was set in a haughty way that said she was very much the lady of the manor.

Tilted in just that way, her chin spoke of determination and pride.

Word was she’d demanded his personal attention. His hands and no one else’s would do. This bit of information came straight from the law firm that hired him. No one else’s hands but his. The lawyer had been adamant. Still, if he’d known this woman before, he couldn’t place her, didn’t know how she’d come to ask for him.

But he was about to find out.

To cover his study he struck a match, held it to the cigarette in his mouth, and kept one eye on the Widow Delaney. From what he’d heard, keeping an eye on the widow was the smartest thing a man could do. The old guy she’d married had been taken for a ride.

He flicked the spent match away, drew on the smoke, and watched as she stuttered to a stall about five feet away.

“Tyce Branton.” Her voice, husky and soft, gave him his answer.

His belly dropped, his heart slipped a gear.

“Lisa Brady.” He said her name as a bald statement, devoid of the shock he felt.

“It’s Lisa Delaney now.” After all these years, Lisa Brady was where she wanted to be: which was as far away from where she started as a woman could get. 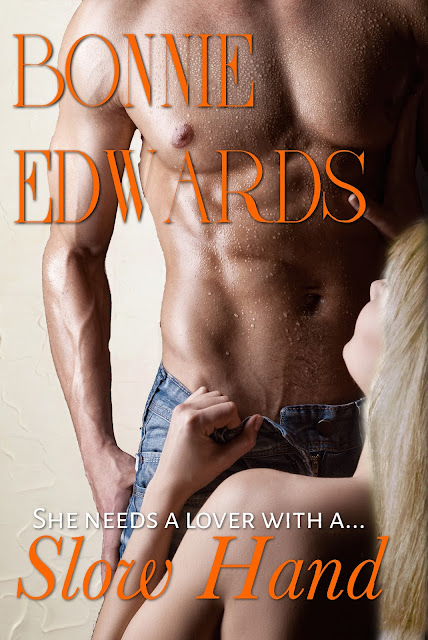 In this companion book to my previous release Body Work, Tyce’s cousin Teri, arrives in the sultry Caribbean for her honeymoon…alone! After being jilted at the altar, Teri’s self-confidence his shattered but her heart is not as broken as she might expect.

At the dock Teri Branton finds sexy sea captain Jared MacKay aboard the honeymoon charter boat she hired. After being ordered to remove her stilettoes, she wonders how to teach this pirate a lesson. But the flare in his eyes answers the one she feels burning inside.

At first sight, Jared dislikes Teri’s New York attitude and 6 inch stilettos, while Teri considers the sea captain a lazy, sexy, interesting way to get her runaway groom out of her system.

Seven days at sea is all she’s got and she’s determined to have the best week she can.

But Jared doesn’t count on his family lore coming true: love at first touch. The snap, sizzle and burn of touching Teri turns his world upside down and his heart inside out.

“Mr. MacKay?” Teri Branton asked pleased at how clear her voice sounded. No one would know from her voice how vicious her day had been. The man on the SandJack twitched as if she’d woken him. She probably had. He had the insolent look of a man used to doing a lot of nothing. His feet were propped against the railing, giving her a worm’s eye view up the back side of his khaki shorts. Strong lean legs, tanned beyond healthy, big bare feet with strong toes and callused soles.

He slid his ball cap to the back of his head, revealing a powerful face. Powerful because his lean nose and slashing thin lips were too cutting to be handsome. But they held her attention just the same. Then he opened his eyes and focused on her.

Cut by the laser blue that stared back at her, Teri’s heart fluttered at the intensity and she took a single step back. Tired of being intimidated, she caught herself before taking another.

“You are the captain of the SandJack?” she asked.

“Take off your shoes.” His voice had a deep timbre that stroked her insides from breastbone to toes, so she wasn’t sure what she’d heard.

“Those shoes,” he tilted his chin down to indicate her feet. “Take them off.”

A fierce light from his gaze burned into hers as he waited.

And then she knew. He wasn’t the captain of this vessel. He was a pirate, a rogue, a brigand. He was danger. And excitement.

A thrill chased down her belly.

She looked at her feet and saw incongruous white satin stilettos with a delicate spray of seed pearls trailing the outside edge.

She was still in them.

Odd that she’d forgotten to change. When she’d found them after a hunt through every store in Manhattan, a perfect fit, she’d paid a fortune for them. They’d meant a lot to her at the time. Now, they just looked sad.

Stepping wide, she saw the pirate follow her movement, then track the shape of her legs up from her feet to her knees and higher.

He was checking her out. Awareness of her own power gripped her as she numbly regarded her shoes and thought about the pirate’s interest.

The intensity she’d given to the hunt for these perfect shoes was gone as surely as smoke in the wind. With as much substance. It was stupid how her wedding had taken over her life, her every waking moment. Her back felt tired from these shoes, her toes ached from every pair of stilettos she owned. The fatigue seeped from her pinched toes, up her calves and into her lower spine.

She wanted to sag with the weight of her day, but then in her peripheral vision, she saw the pirate move his beer to his lips. He took a sip from the bottle, waiting with obvious patience for her to do whatever it was she was planning to do with the shoes.

She looked at him again and saw the hot blue of his eyes, the long lean length of his legs, the strength in his hands. Then she considered the very private week ahead of her.

She’d decided to spend the time eating too much, drinking too much and mulling her life. But now, this pirate presented another opportunity. An exciting opportunity for overindulgence of a different kind. 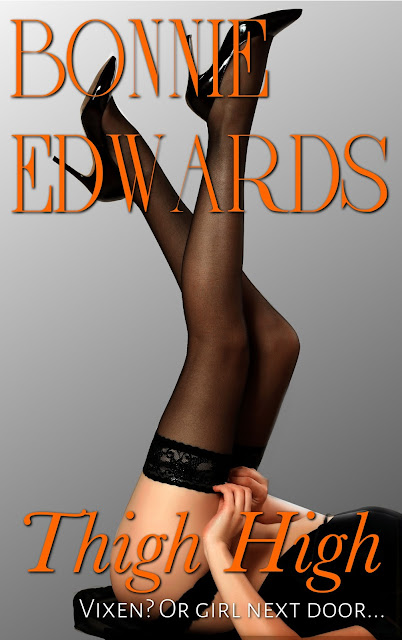 Being young, divorced, broke and in college, has made Kat leery of putting herself in the path of the next great guy. But she’s crushed on her neighbor, Taye Connors, since he moved in and would love nothing more than to catch his eye.

But her man-hungry girlfriend has also suddenly set her sights on him.

Rather than lose her chance with quiet, nerdy Taye, Kat accepts the challenge to get him naked. This weekend!

To save him from her predatory friend, shy and skittish Kat must seduce the one and only man she’s interested in.

Taye Connors wants to make up for lost time with his sweet next-door neighbor. He’s a man who takes his time and wants nothing more than a real and loving relationship. In fact, he insists on it.

But when innocent Kat turns into a vixen who sells sex toys wearing too-hot-handle thigh high stockings, he has to wonder what he’s in for: A sex kitten or his one true soulmate.

After a series of missteps and miscommunication, Kat and Taye come to terms with who they really are and what they want for themselves and each other.

“These come in various colors,” she said, holding up the ropes, “but I’m partial to black.” She threaded one of the ropes over her hand and up her arm past her elbow. The material opened up into the mesh he was familiar with.

“Me too,” he said around a thundering heart. “Although white’s nice, too. Virginal.”

“Is that what you’d like Taye? A virgin?” She pulled the fishnet down her arm again, slowly, like a stripper removing a long silk glove.

The image was hot, the real woman in front of him hotter.

“Because I could do that for you,” her voice went husky and offered exactly what he’d come over here to get. “Be virginal, I mean.”

Taye climbed out of his SUV and headed to the door of his town house, briefcase in hand. He bent and picked up a package left on his front step. Wrapped in cozy brown cords, he had a great butt, even from this distance, and Kat found several ways a day to see it. From her back upstairs window she’d watch him put out bird seed. Through his tiny kitchen window she’d catch glimpses of him making dinner.

“He’s not a nerd,” Kat said in his defense. “I’m willing to bet under that tweed jacket is a lot of man.”

“You think?” Celia assessed him with her man-hungry eyes.

Kat shifted. A second mistake. Taye’s physique was not up for discussion, not with Celia. She was a shark when it came to getting what she wanted. 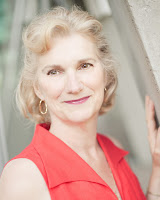 Multi-published author Bonnie Edwards lives with her husband and pets on the rainy coast of British Columbia. She believes life should be lived with joy. That joy shows up in her earthy, irreverent love stories. Bonnie uses long hikes to bounce ideas off her husband and her standard poodle, who almost always agrees with her.

She has written novels, novellas and short stories for Carina Press, Harlequin, Kensington Books and Robinson (UK) although now she publishes her work herself.

Sometimes her stories have a paranormal twist, likes curses and ghosts, other times not. But they’re always entertaining and guarantee a happy ending.

MoB Promos
magicofbookspromo@gmail.com
Posted by Gia Guido at 8:47 AM