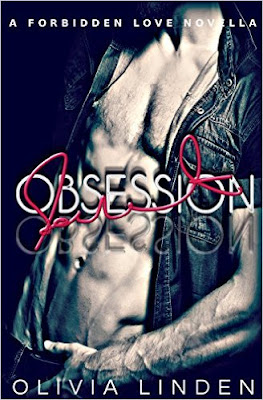 Finn was the type of man that dreams were made of. A charming country boy. Handsome, hard working and loved his mama. Underneath? A freak in the sheets. Raven knew he was everything she wanted. But he was her secret.
She was supposed to be off limits. Forbidden.
That didn’t stop Finn from wanting Raven, so he took her. After one taste he knew he wouldn’t be able to stop. Everytime she screamed his name an indelible blemish was etched onto his soul. Claiming him just as he had claimed her.
What they were doing was reckless which only added fuel to the flames. With each encounter they edged closer to the fire. Closer to disaster. There was no way for things to end well, but there was no way he could stop.
Lines get crossed, blurred and scratched down his back as they both give into their Secret Obsession.


Review by Tabitha:
I was given a copy in exchange for an honest review. Honestly, this is the first book I have ever read by this author and I'm not a huge fan of stepbrother/stepsister fall in love books or I should say I have not read many that I liked. So going into this one, I really didn't know what to expect. I am happy to say this was a pleasant surprise. Was it off the charts fantastic? Not for me. Was it worth reading? Absolutely and especially if you like these type of books. I really liked the characters, Raven and Finn. Their relationship was well written. I was drawn into the story and to find out what happens with them. Personally, this book isn't a reread for me, but as I said I'm not a huge fan of stepbrother/stepsister books. I was definitely drawn into the story and it kept me hooked through the very end. I rate this one 4 AMAZEBALLS stars!! 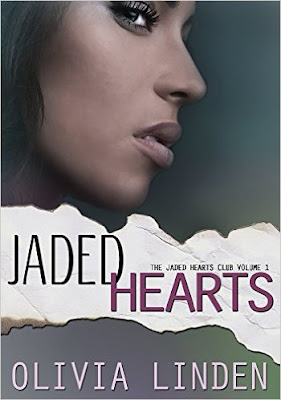 At 24 years old, Jade Spencer's life has hit a brick wall. Haunted by the mysterious abandonment of her mother, she found it was easier to live in the shadows of someone elses expectations. From the strict authority of her grandmother, the unwillingly guardian to Jade and her brother, to a controlling fiance who she can't seem to please, denying her feelings has been a necessary coping mechanism. Reality has suddenly come crashing in under the strain of denying her own dreams for so long, and for once, Jade is ready to live life by her own rules.

It's time for a fresh start. Turning away from the disappointment of her past, Jade ditches her shady fiance and packs her bags for New York City. With help from her aunt, she looks forward to her new future, her fabulous apartment in the city, a new job, and new experiences. Two fated encounters complicate her world when they both lead to unexpected and powerful emotions. She struggles with her desire to embrace these new feelings, and her habit of denying what she truly wants. In this not so classic love triangle, with a hint of mystery, Jade learns the hard way that sometimes intentions can mean everything and nothing at all, and no matter how far you run from the past, it's never too far behind.

Will she find love or will she leave a trail of jaded hearts? Love, secrets, and lies are all on the menu. 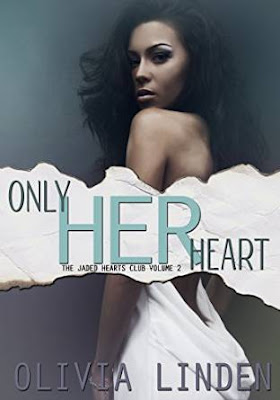 Only Her Heart (The Jaded Hearts Club #2) by Olivia Linden

Holding the pieces of her drama riddled life, Jade decides to leave her disappointments in the past and move on. When her aunt opens up about a family secret, she realizes that everyone else seems to do what they please. Well, now so will she. Building life from the ground up isn’t easy, but with the right friends, she creates the life of her once forgotten dreams.

At the crux of an intense love tug-o-war, the one question she must answer is which man will play the lead role? Will Julian, the ‘bad boy’ who mysteriously walks back into her life manage to win her heart? Will she find forgiveness and a happy ending with John, Mr. “almost perfect’? Maybe there is someone new on the horizon that she can start fresh with. Life is never simple for Jade, but when she listens to her heart, she begins to open doors to a whole new world.

With new friends, and new exciting adventures, Jade is growing into a woman that she is proud of. The real question she needs to figure out is? What does she want her life to become?
About Olivia Linden:
Olivia Linden, a native New Yorker, was raised between Queens and San Antonio, TX. Her creative itch began when her elementary school principal posted one of her stories in the halls of her school. She was only seven at the time, but old enough to understand how integral writing would be to her future. From that moment on, reading and writing became her two greatest passions.
Olivia is a newbie to the industry, but she hasn't stopped writing since she found her literary voice all those years ago. Jaded Hearts, her first published novel, mixes her big personality, with a sexy yet humorous tone. It is her philosophy that laughter is essential to making it through even the toughest situations.
http://about.me/olivia_linden
Vialinden.com