RELEASE BLITZ for Awakened In Shadows by Tigris Eden 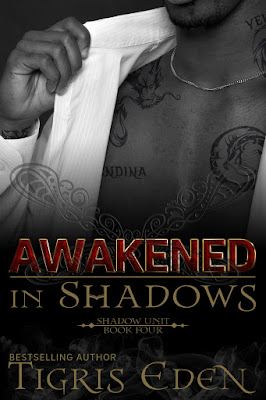 
Can someone constantly on the receiving end of betrayal learn to trust again?

Dietrich Omari Johnson trusts no one.

Sold into slavery by his own people, he learns early what the sharp edge of betrayal feels like. Working for the Shadow Unit is out of forced necessity.

Never one to do something for nothing, he plays both sides of the fence. Every move, every decision, is calculated for his own personal gain.

Jorunn McLellan, given into the care of the Unit’s meanest team member, tries to make the best of a frightening situation.

The dominating Walker hides behind his shades, and harsh comments, yet still manages to heat up her body.

Can she put to rest the emotions Dietrich awakens and move on with her life before he steals her soul and shatters her heart? Or is the glimpse he allows her to see enough to fight for what she knows is his only chance for happiness? 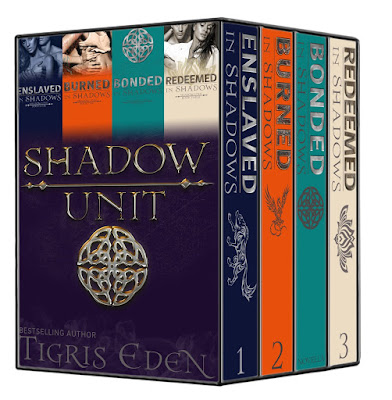 
“I’d like to be a part of this mission,” D said the words before he could stop them. Shaking his head to clear his brain, he stood back. Did he really just volunteer? He’d gotten what he needed. Now all he had to do was stick close to the club owner.

“You’re always a part of the missions. You’re transport,” Xee reminded as if he’d gone and lost his mind.

Shaking his head, he walked up to Xee, making sure she understood his intentions. He didn’t like the way Draven was eyeing him.

“I want to be on the ground for this one.”

The female’s eyes got big. Even Draven and Gabe’s eyebrows shot skyward.

Xee tried placing her hand on his forehead, but he easily dodged her.

He was fine. It wasn’t like anyone truly cared either way. He stuck to his shit, they stuck to theirs.

“I’m good. I just want…” What the hell did he want? Oh, right, to get closer to Phineas, fuck Jorunn out of his system, and in the end, be one step closer to getting his sister back. Wait, what? Fuck Jorunn? No. Hell, no! That was not part of the plan. Dick says otherwise. His dick was fucking stupid. “I just want to ensure we get the Sahidic and tell Eremiel he can go fuck himself.” Yeah, you sound so convincing. He never bragged he was up for the next Academy Award. It was convincing enough, though.

“Well, fuck me and call me Sally. Dietrich is trying to be a model citizen.” Xee laughed.

“Is that an invite, girl?” he growled.

Xee knew him better than that. She was tied to Gabe, he knew, but he wanted to remind everyone listening that he was still a dick.

“Dude, seriously, sooo not my type,” Xee quipped back.

Xee cracked a grin. “How do you figure that?”

Dietrich turned his attention to Gabe, who was standing with his arms crossed, trying his best to look badass. Draven quietly left, taking Faith with him. The wolf was probably going in search of his mate. 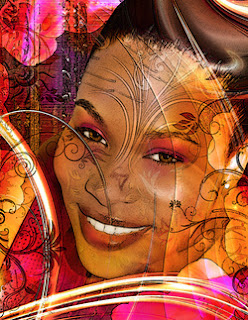 Tigris is a military brat who's done her fair share of travelling, thanks to her Army father. She's married to the infamous LL and has three boys. She currently resides in Houston and is actively seeking a book-buddy for the end of the world.