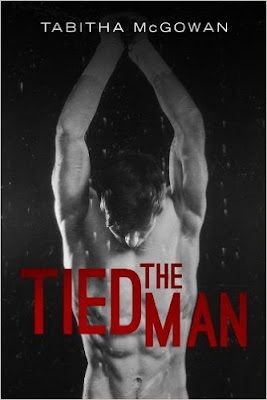 
Lilith Bresson, an independent, successful young artist, is forced to travel from her home in Spain to the wild borderlands of northern England, to repay her feckless father’s latest debt by painting a portrait of the enigmatic Lady Blaine Albermarle.
On her first night at Albermarle Hall she meets Finn Strachan, Blaine’s ‘companion’, a cultured and hauntingly beautiful young man who seems to have it all. But Lilith has an artist’s eye, and a gift for seeing what lies beneath the skin. She soon discovers that Blaine is more gaoler than lover, and if the price is right, depravity has no limits.
As the weeks pass, Lilith finds that she too is drawn into the malign web that her patron has spun, yet against the odds she forges a strong friendship with the damaged, dysfunctional Finn. In a dark, modern twist to an age-old story, Lilith Bresson proves that sometimes it’s the princess who needs to become the rescuer.
Please note that this storyline contains depictions of drug abuse, violence and non-consensual sex.

Excerpt from Book 1 (May Be Read as a Standalone—No Cliffhangers!) http://tabithamcgowan1.tumblr.com/post/116557286854/fan-chosen-excerpt-from-the-tied-man-book-1

Excerpt from "The Tied Man" (Note: Another excerpt may be found from the preview pages through Amazon.)

Blaine: "You must be thinking I've gone mad—"

"—I just feel that you should gain a deeper insight into the real philosophy of Albermarle."

I felt the adrenaline begin to tighten the muscles across my chest: I should have guessed that anything that involved my father's endorsement would possess some dark element.

"I operate an exclusive club here on the island, Lilith—one that you're fortunate to experience, and one that could bring you great benefit if you'll allow yourself the freedom."

The light in Blaine's eyes was positively evangelical now and she leaned towards me, one hand resting on my knee to suggest sorority. "I think you're about to find this extremely interesting."

I placed my untouched champagne on the table. "Blaine, I'm tired, confused and more than a little irritated. As I think I made perfectly clear, I don't consider myself to be a guest here. I'm a temporary employee, and perfectly happy to keep it that way." I went to stand. "And I don't play games."

"Then perhaps you should start. You see? There's that anger again. It never quite leaves you, does it? It just stays beneath the surface, driving you ever onward. Though with your past I'm hardly surprised. I'm sure I'd retain a certain fury with the world."

"This isn't a conversation I'm prepared to have right now."

"Lilith darling, I'm on your side here. I think the way you've been treated is appalling, and you have every right to defend yourself." She gave a knowing smile...

"What I want to say is that Albermarle can offer you a greater opportunity for release than most could ever dream. Why don't you come with me? It's for easier to experience than to explain." Blaine stood and reached out her hand to lead me back to the doorway.

No amount of honeyed words could have prepared me for what I saw. My earlier comment about dungeons was no longer funny, because that was exactly what Blaine Albermarle had constructed in the cellars of her warped fairytale home, complete with bare stone walls, a rack holding a selection whips and implements I didn't want to take a guess at, and a colossal bed that dominated the far end of the chamber

A massive black wooden Saint Andrew's cross was bolted to the opposite wall, and from its beautifully polished leather cuffs, forehead pressed to harsh stone and entirely naked, hung Finn."

Before I could run, Blaine stepped between me and the door. In her hand she held a heavy, hand-stitched crop. "Imagine, Lilith. Imagine what it's like to live out any fantasy you've ever had without fear or censure of discovery. He can be whoever you want him to be, and you can do whatever you like to him."

I could say nothing at all, and Blaine took this as permission to continue. "Try it." She pressed the crop into my hand. "You've been a very bad boy, haven't you, Finn? I'm sure Lilith is capable of teaching you an important lesson."

He slowly turned to face me, so his head was forced to one side of the smooth wood. The huge eyes that had sparked with a life beyond this place were dull and dilated. "I'm sorry, I really can't do this," I managed to whisper.

Blaine eased the whip from my clenched fingers. "First time nerves. Don't worry, you'll soon get the technique with those talented hands of yours. Let me show you." She raised the crop and brought it down with all her strength across Finn's exposed shoulders and I knew that this was no consensual role-play...

Lilith: "He doesn't want to be here, Blaine. I could see that the moment I met him. And as for last night…"

Blaine: "Ah, that. If it's any consolation, Finn gave his full consent to be here, and I have the contract to prove it. He may not enjoy everything that's asked of him, but that's the major draw. My clients are those who've grown tired of actors who merely posture their discomfort; I can offer them someone to play with who genuinely doesn't want to play along. Once you've had this experience, there's no going back to 'let's pretend.'"

"The momentary discomfort was nothing at all compared to the realization that she was finding refuge of my flawed embrace." ~Finn

"I don't expect you to be like them. Don't want you to be. It's that damn I want, it's you. From the moment we met, it's only been you." ~Lilith to Finn

Lilith: "It was the first time I had ever felt guilt and finding a man attractive."

Lilith: "Even at this ridiculous hour, and clad in a faded blue t-shirt and ancient pyjama pants, he look like something Michelangelo might reject for being too beautiful."

Finn: "In a fortnight Lilith had figured out more about me than anyone had ever cared to know, and I could only hope that she would hold it gently." 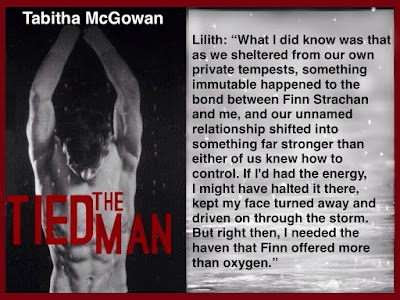 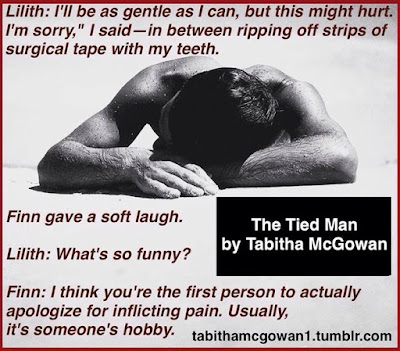 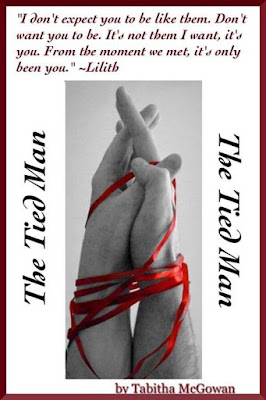 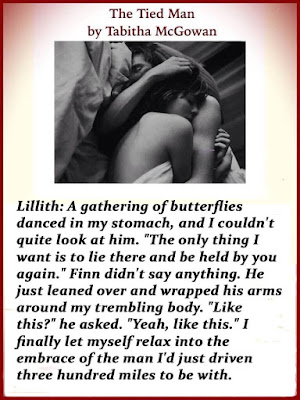 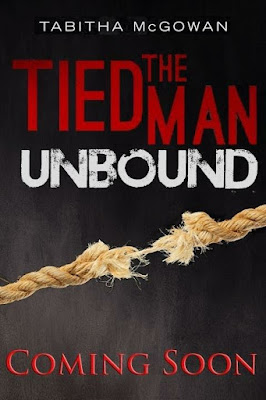 From Tabitha McGowan:
"Towards the end of the writing process I realised I couldn't write a simple epilogue to TTM, and I really felt there was a second story with the same protagonists, but a whole new plot. There will be two major locations - Spain, and Dublin - and an introduction to Finn's wider family, and also the horror that is the O'Halloran clan!

I really wanted to let Finn and Lilith grow and heal and discover, and learn to deal with the demons that they both still have.

Ultimately I love writing for both Finn and Lilith, and I wasn't quite ready to let the pair of them go *just* yet!" 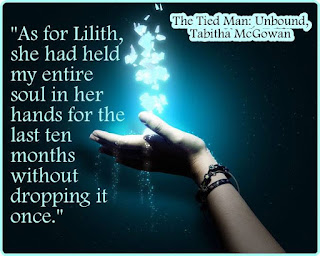 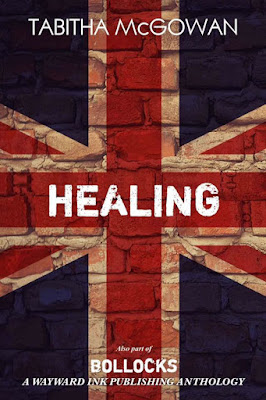 “Werewolf meets human healer, and snuggling ensues… but not till the danger that’s threatening them both has been dealt with…”

*A full-length novel WILL come!*

“You know, you don’t have to do this,” Al said. The grizzled older man had already fastened the buttons on his threadbare greatcoat, ready to brave the darkness and the blizzard that flurried around the ancient, crumbling cottage. “Look, as far as anyone’s concerned, you’re done here, Tol. You’ve done a crackin’ job today. And, to be honest, you look done in, canny lad. It’s going to be a hard enough journey for you without taking on one more sodding patient.”
Bartholomew sighed. There was only one question that mattered. “Does he look in a bad way?
Al looked out of the filthy, cracked window to observe the visitor as he approached. Bartholomew felt the faint crackle in the air as his companion tried to pull together a lie. Two whole years as his guardian, and still he hadn’t learned. “Um… no? Ah, bugger it, you’re doing that thing to me again, aren’t you? So, yes. He looks like shit, okay? He looks like he probably won’t last the night without your careful sodding ministrations, and now we’re going to be stuck in this bloody hovel until the storm passes and you’ve recovered enough to remember how to put one foot in front of the other, aren’t we?”
The healer gave a rueful nod. “Wherever the need is greatest, remember? You want to show him in?”

"I was born in the north of England, and apart from a brief adventure in west Wales, I’ve lived here all my life; my hobbies therefore include bear-taming, wolf-whispering and wearing sleeveless tops in temperatures of -10 degrees.

I’ve been writing professionally for nearly 20 years, predominantly as a playwright. This gives me my love of strong dialogue; even now, I tend to develop my characters by talking to them. On a good day, they answer back.

The Tied Man is my first full-length novel. I needed to create a world where the female protagonist wasn’t some passive foil just waiting to be ‘completed’ by a good (or bad) man, and I wanted to explore the darkness; after all, some of the very best stories tend to hide there… Find me on Facebook for more whittering and ferret-updates." :D