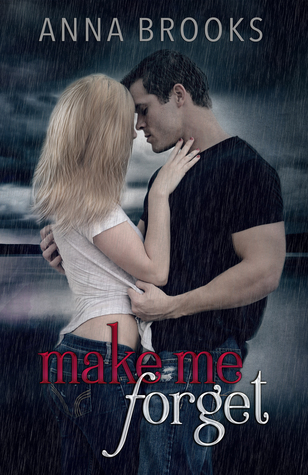 Make Me Forget (It's Kind Of Personal #1)

by Anna Brooks
One lie can destroy everything…

After enduring years of manipulation and an immeasurable amount of loss, Charlotte Kelly makes one last ditch effort to change her life and try to find happiness again. She knows she’ll see him when she moves back to Wisconsin. She’s planning on it, the connection she still feels to him after all these years is undeniable. But one lie tore them apart years ago, and she’s afraid some mistakes can’t be forgiven.

Travis Parker doesn’t like liars. When he was younger, lies burned him in a bad way. It only took one summer with Charlotte’s innocence to know that she was it for him. When he thought he finally had something to look forward to, one misguided lie shattered everything he believed. Now, Char’s back, but she’s not the same girl he once knew. 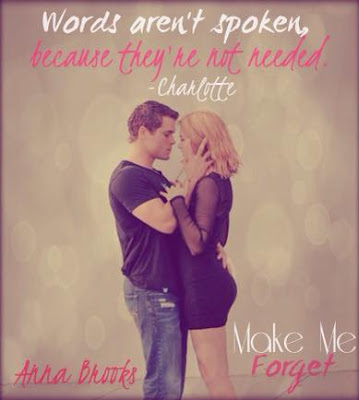 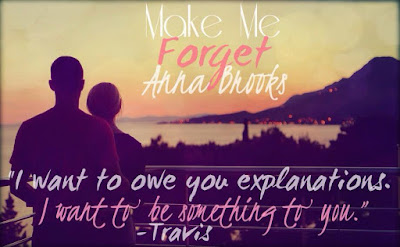 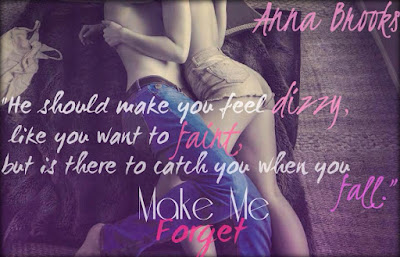 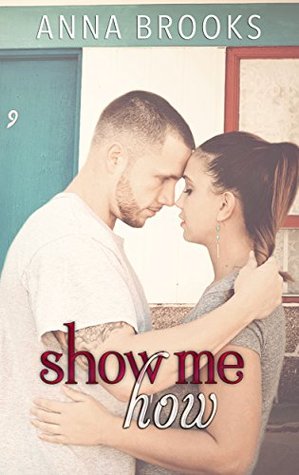 Show Me How (It's Kind Of Personal)

by Anna Brooks
One choice can ruin everything…

When a stop at a shady motel puts Brandon Parker face to face with his best friend, Mary, for the first time in over a decade, he almost didn’t believe it.
He’d never stopped searching for her, but even a career in law enforcement couldn’t help him find a woman who wanted to stay invisible.

When Mary Benson ran away at eighteen, she did it with good reason. A man was in the hospital because of her, and the people she loved were in danger. She had to leave to keep them safe.

Mary's guilt was her consolation. She’d lived with her decisions and accepted the hand dealt to her. But Brandon was about to shuffle the deck in a way she never expected.
One thing was for sure, he thought she’d be happy to see him… and he’d never been more wrong about anything in his life.

Can be read as a standalone, but it is highly recommended to read the series in order to avoid spoilers for previous books. 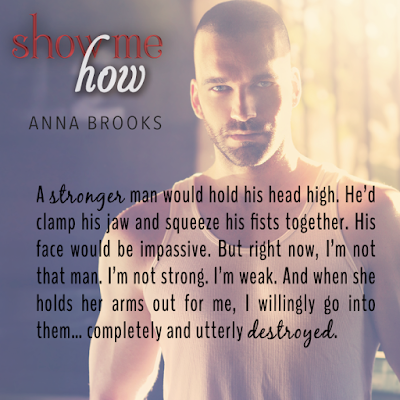 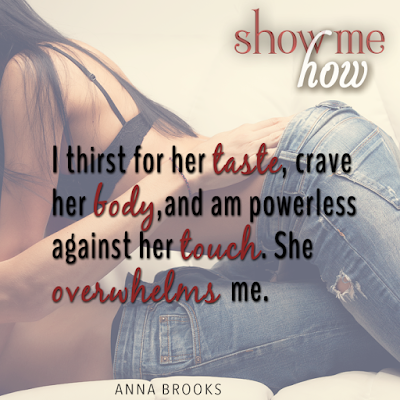 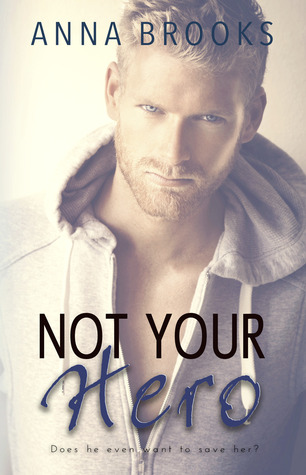 by Anna Brooks
Sam Monroe is cynical and trusts no one. He lives his life just the way he likes it - no promises and no regrets. All he wants is a willing woman a couple times a week to give him a few moments where there are no painful memories.

Courtney Gallagher is a single mom doing her best at raising her young son. She longs to feel wanted again, to receive the touch of a loving man. Even though her heart is fragile, she has hope there’s someone out there for her and her son.

Courtney rents a place from Sam, and their relationship becomes complicated. Sam is willing to let her in his bed, but not his heart. Courtney feels a pull towards Sam, but learns that trust is definitely something to be earned.

Can she forgive his mistakes? Does he want to be forgiven? 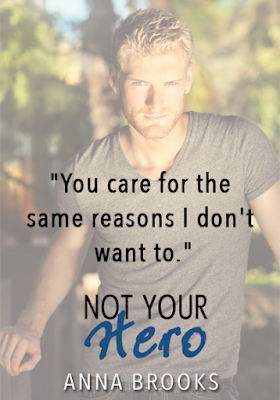 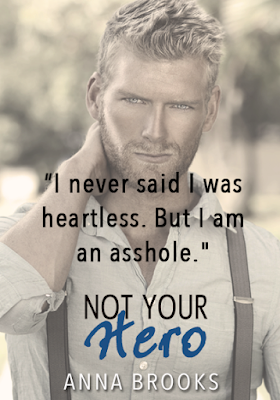 About Anna Brooks:
Anna began writing when she thought the world would want to hear her sick lyrics through song. Since then, she's realized her childhood dream wasn't so far-fetched, just misguided. Now she writes romance with real emotions and happy endings. If Anna isn't writing or reading, she can be found by a space heater painting her nails and drinking a ridiculous amount of Diet Coke. She also likes to hang out with her husband and two boys. If it wasn't for them, she wouldn't ever leave the house. Anna was born in Wisconsin but now lives in the Evergreen State.

Can you tell us a little about your books?
~ Well, my goal when writing is to make my characters realistic. I like to imagine them as someone that you could pass on the street or talk to in the line at the grocery store.

What book has been your favorite to write?
~ Hmm… I’m going to have to say Not Your Hero. So far. That will probably change as time goes on. And the reason is because the characters were very sporadic to me. It wasn’t one that I’d been thinking about for years. It just popped in my head and I wrote it.

Do you have a favorite character to write about?
~ Each character that I’m currently writing is always my favorite! I become absorbed in them and fall a little bit in love. But by the end of the book, I’m usually ready to kill them off, so it’s best to move on! One of my favorites so far though, was Ben. He’s Courtney’s little boy in Not Your Hero. He was fun to write.

When did you know you wanted to write a book?
~A couple years ago it hit me hard. I’d loved to when I was younger, then life happened and I got away from it. But the urge came back actually after reading Twilight! I was struck with inspiration after that. But it took me some time to build the confidence that I could actually do it.

Do you work with an outline, or just write?
~So far I just write. I have a general idea of what I want to happen. Sometimes it stays with what I had planned, others not so much!

Do you have a favorite spot to write?
~I have an office that I spend way too much time in – my messy house is proof of that- and I love writing in there. But sometimes I need a change of scenery so I’ll go into the kitchen or outside.

Do you listen to music while you write?
~Yes! I have a subscription to XM radio. It’s the absolute best investment I’ve ever made. I usually have on Octane, Chanel 37, which is Rock. I’m addicted to that station.

What do you do when you are not writing?
~Being a mom and a wife. Same stuff as everyone else. Cooking, cleaning, being a chauffeur, grocery shopping, etc. But I enjoy being outside so I try to walk as much as I can and my boys and husband and I go hiking as well.

What writing projects are you currently working on?
~So many! I currently have 3 books that I’m writing. One of them is book 4 in the It’s Kind Of Personal Series, Tell Me When. It’s Pierce and Ruby’s story. The other two are standalones that I’m super excited about. (Prove Me Right, book 3 in the series is currently at the editor and will be released mid-November!)
Posted by Gia Guido at 9:00 AM