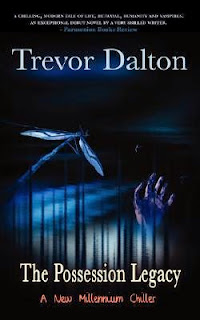 Llewellyn, the first Prince of Wales is a legendary warrior who seems invincible in battle. His struggles with the Normans and his prowess on the field of combat seem almost superhuman. There are many rumours and even his own brother cannot understand the reasons for his strength. Llewellyn travels to Carmarthen where he learns of Merlin's prophecy and his own ultimate heritage, to become a vampire. Whilst fighting a Norman knight he is bitten by a female mosquito. The mosquito is crushed underfoot by the horses of the combatants and spends the next 500 years trapped. In the present day there is a tremendous storm which alters the course of the river and releases the mosquito. She is awakened and begins her quest to procreate and establish a brood of her own. Sarah and Lynette are both bitten by mosquitoes and become strangely linked. The characters that form the basis of the story all find themselves in Wales at a hotel and their lives become interwoven as the story unfolds. Sarah discovers her own vampire heritage and also her links with Lynette. The bloodlust she has inherited from Llewellyn and the needs of the mosquito brood mother lead Sarah on the rampage of killing that seals her ultimate demise. 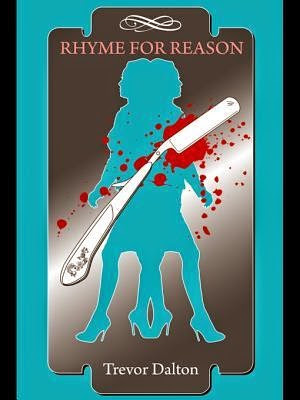 by Trevor Dalton
He was abused and alienated in his formative years falling into the despair of mental torture and self-doubt, almost comatose in this state until he found the strength to turn. His rebirth was through his poetry and soon his muse became his inspiration for revenge; a vengeance against the women who had molested him. Armed with a simple cut-throat razor and his poems he launches into the most horrific killing spree his muse can muster and with each murder his blood lust grows ever stronger. The deeds validate the poems; the poems set the scenes for his horrific deeds. South Wales Police have more detectives working on the case than at any time in their history but the killings continue unabated and as the newspapers belittle and ostracise 'The Poet' his anger grows and the murders escalate at an alarming rate. The whole of Wales and the United Kingdom are gripped in fear. One detective on the case turns to a close friend, a gifted people reader, but keeps his enquiries to himself. 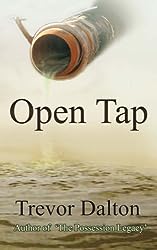 Where can the waste created by this technological age be disposed of? The by-products of our relentless advancement are often more detrimental than beneficial. The necessity for this 'waste disposal' has given birth to a number of ruthlessly unscrupulous operatives. Open Tap traces the route taken by one such operative and the system he uses to dump the toxic concoctions he has collected. A puppy, lost and finally abandoned, is exposed over a period of time to this malevolent concoction. As the puppy grows to adulthood it develops a strange immunity to the poison it ingests. This immunity comes with a price tag however. From Wales, Walsall and Worcester, the characters in Open Tap begin their journeys to a final appointment with the Beast that the puppy has become. They are all destined to meet. Some will die. Some will live. But all their lives will change permanently as a result of this encounter.

Interview With Trevor Dalton::
Posted by Gia Guido at 9:00 AM